It has been five years since the shoe designer, Chloe Gosselin, launched her brand. However, Gosselin’s brand has made the headlines a lot only as of recently. This is not surprising considering that many Hollywood A-listers have been sporting her designs lately and that she is married to famous magician David Copperfield.

Yet, the last few months have marked a new peak in Gosselin’s professional career. The beautiful supermodel, who has managed to blend in naturally in the fashion industry, was born on August 22, 1984, in Dreux, France. Gosselin later attended the renowned Fine Arts Program at the School of La Cambre in Belgium.

Gosselin started her journey in the fashion world as a model. However, after a decade of traveling the world as an international model, Gosselin returned to school to study shoemaking and production at Ars Sutoria in Milan and the Fashion Institute of Technology in New York.

Recently, Gosselin launched a pop-up shop located in the flag store of the well-known designer, Diane Von Furstenberg, in New York’s Meatpacking District. The launch of the pop-up shop was the latest news in a year full of headlines. One of which was the MET Gala, as Gosselin was entrusted with designing fashion shoes for Celine Dion.

Saved the best for last ???????????? right before @celinedion took off to New York for the #MetGala us Vegas girls chatted about our common passion for shoes & she opened the boxes to her special custom ones & fell inlove ???????????? thank you again dear Celine , @sydneylopez & @p.e.p.e.munoz for including me in this amazing project. To many more! ???????????? #CelineDion #shoes #Metgala #Bejeweled #customshoes #ChloeGosselin

As mentioned, Gosselin is married to magician David Copperfield. The two share a daughter named Sky, born in 2010. In an interview with Footwear News, Gosselin discussed their relationship, saying: “People love to get a look at my life, family and creative processes. It’s all about the end of how we live as a family. Work and life are not separate.” Regarding Copperfield’s involvement in the design decision-making, Gosselin joked: “He usually gives me hints and tips and I listen – sometimes!”

With A-listers such as Celine Dion, Taylor Swift, Katy Perry, and Nicole Kidman supporting her brand, there is no doubt this is not the last time you’ll see Gosselin in the headlines! 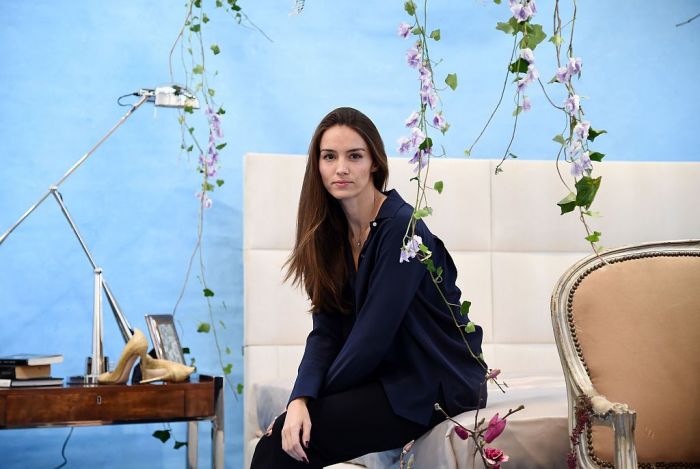