“I have a friend who I want to set you up with”. Now I hate blind dates, but after a bit of pestering, I finally caved. I was told that he was quite smart, had a good sense of humor, and kinda looked like Sid from Ice Age. My friend gave him my number and within a few minutes, he messaged me. I was really enjoying chatting with him and he eventually asked me out. We were going down to the beach with wine and sushi. I packed a book for the two-hour train ride, and when I arrived he was waiting for me in his car. He was a lot younger than I expected, but there was definitely a spark.

We got to the beach in the dark, he laid out a blanket for us to sit on, and I got my sweater out of my bag. The wine was opened (but sadly no sushi), and we started our date. Time passed quickly, and he finally kissed me. After a while, we became aware of the time and that I needed to catch the train back, so we started packing up to leave. That’s when I noticed; my bag wasn’t there. I felt like I was in a horrible nightmare and that I just wanted to wake up. My bag was gone. My wallet, credit cards, ID, keys ..all gone! Luckily my phone was in my pocket, so at least I still had that, but at this rate, I had no way home. We phoned the police to report the incident and drove to his house in silence. “What a first date huh” he said when we got back. 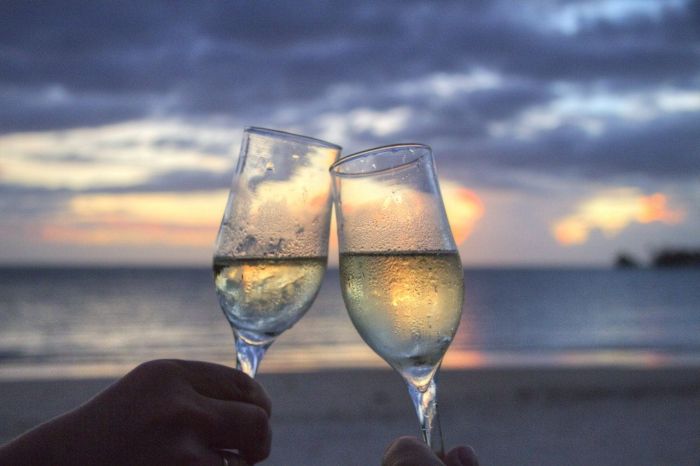 He was very gentlemanly and offered to sleep in a separate room. The next morning he gave me a ride and said he’ll call me. On my way home I arranged for a locksmith to come, called and canceled all my credit cards, and went to the police station to file a formal report. The guy didn’t message me again. About a week later I got a phone call from the police; someone had found my bag. Apart from the petty cash, nothing else was missing. I messaged the guy to let him know. He was pleased for me, but apparently wasn’t ready for a relationship and didn’t want to speak to me again. What a great first date indeed.