A Relationship With An Expiry Date

Ah, the fresh smell of a farm. I was on a volunteer program abroad, and I was buzzing. I’d finished school and had worked and saved up enough to volunteer on a farm for a few months. It was going to be the longest time I’d ever spent away from home, and the first time I was free from school or work …ever! We were a group of 25 young people from all over the world, eager to get stuck in and get in touch with mother nature.

Naturally, with any group of 18-30-year-olds, romance was in the air. As we all got to know each other better, rumors began about who was into whom, etc. I never expected myself to be a part of the mix, I’m usually the one that blends into the background silently. I’m an observer, I usually spend my first couple of weeks with new people just watching, before I find the people I feel comfortable enough to be friends with. So about one month into the program, around eight of us went out celebrating one guy’s birthday. I felt extremely comfortable with everyone in the group, and to my surprise was hitting it off with one of the guys. This was my first introduction to tequila, and boy did it go straight to my head. Needless to say, for the first time in my life, I was the gossip the next day. 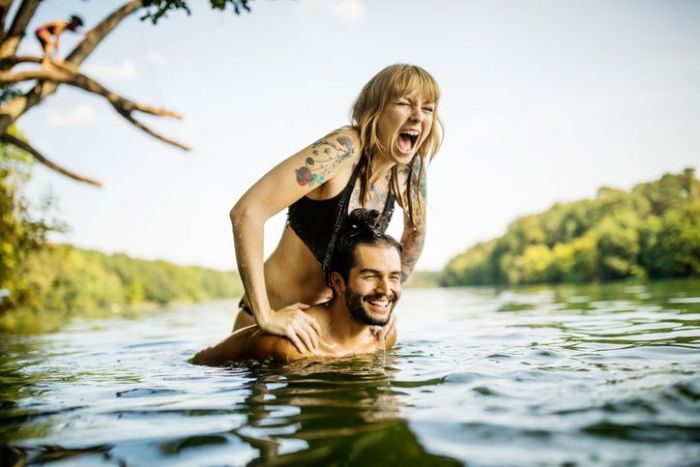 We had a sober conversation about everything that had transpired the night before and spoke casually throughout the week. By the end of the week, it was clear that we both were into each other and wanted to explore what was going on. But there was a problem, this program was only 5 months long, and neither of us planned on moving to a different country afterward. We agreed that we’ll see where it goes, but come August, it would be over, no harm done. We had a great few months together, and as much as we chose not to put a label on it, and keep things casual, he had been heard referring to me as his girlfriend, and I was slowly falling in love. Saying goodbye to him was one of the hardest things I had to do. But I learned so much about myself during the time we had together. He will always be my first love.