Yesterday (Sunday), Alexander Zverev became the first German man to win a singles gold medal in Olympic tennis with a victory against Karen Khachanov. This final came after Zverev’s upset of world number one, Novak Djokovic, on Friday. Zverev has now joined his countrywoman, Steffi Graf, as a singles champion. To this day, Graf remains the only tennis player to win the golden grand slam of all four major titles and Olympic gold in one year, having done so in 1988. 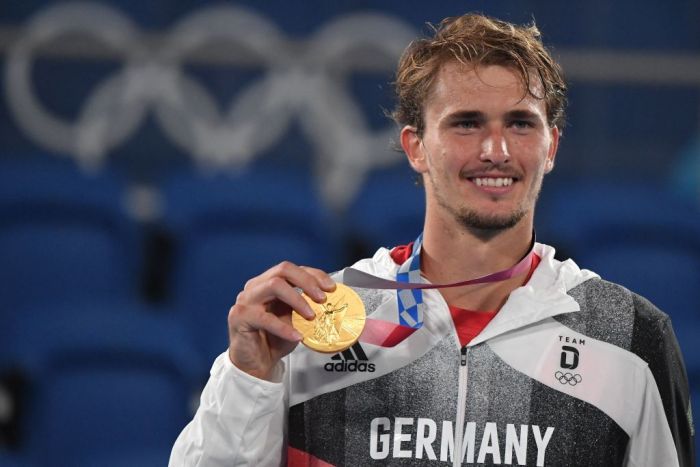 Zverev is a part of the new generation of tennis players, players who are trying to break the dominance of Djokovic, Rafael Nadal, and Roger Federer at the grand slam tournaments. In the fight for the gold, Zverev has been a cut above, winning 6-3, 6-1 against Khachanov, who represented the Russian Olympic Committee. Zverev collapsed to his knees on the court at the end as he celebrated the biggest moment of his career so far. The world’s number five broke serve for the first time to lead 2-1 in the opening set and always looked in control, with the second set a masterclass. 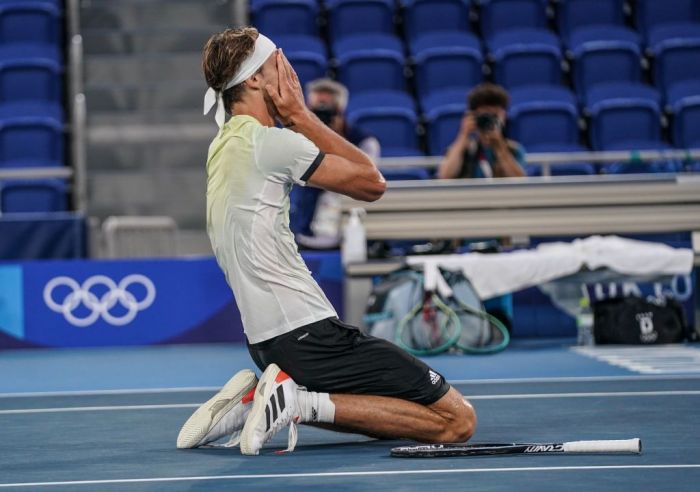 “I’ve won the World Tour Finals but a gold medal at the Olympics, the value is incredible because you’re not only playing for yourself, you’re playing for your country,” said Zverev. “It’s an incredible feeling. There is nothing better than this.” Zverev reached his first grand slam final at the US Open last summer, losing narrowly against Dominic Thiem, and will be one of the favorites for the title when the year’s final grand slam tournament begins in New York in less than a month. Commenting on that, Zverev said: “I don’t want to talk about the next grand slam right now because I just won the Olympic Games. I want to enjoy this one for two minutes.” Congratulations Alexander Zverev! We cannot wait to see all the great things still to come from you.