Seventeen years after she qualified for her first Olympic Games, American sprinter Allyson Felix is now headed to her fifth Olympics. Achieving this feat, Felix joins Gail Devers as the only other person in the sport to compete in that many Olympics. This is, however, Felix’s first time in the Olympic team as a mother, after giving birth to her daughter, Camryn, in 2018. 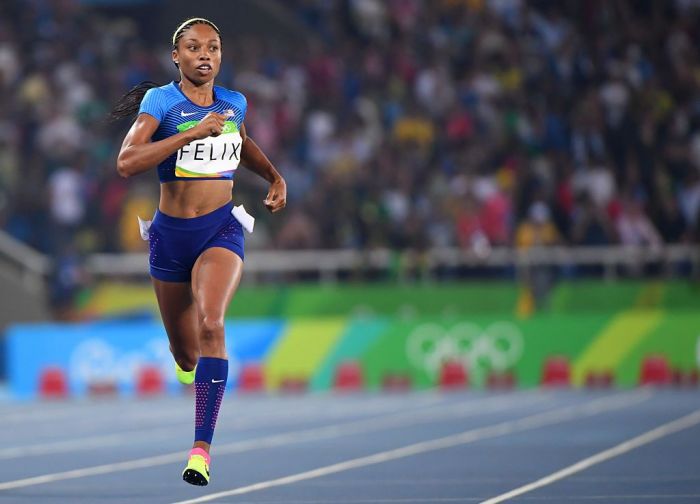 On Sunday night, Felix finished second in the women’s 400-meter final at the USATF Olympic Team Trials in Eugene, Oregon, earning her a place at the 2021 Tokyo Olympics. Felix was in fourth place as the race entered the final homestretch to the finish line, but she turned up the speed in the final few meters of the race to pass Kendall Ellis and Madeline Jonathas and finish second. Felix finished in 50.02 seconds, compared to the winner Quanera Hayes, who earned her Olympic debut in 49.78 seconds at 29 years old. “Man, it has been a fight to get here,” Felix said during a post-race interview on NBC. “And one thing I know how to do is fight, so I just wanted to do that all the way home.” Being the only finalist with Olympic experience, 35-year-old Felix made her Olympic debut in 2004 and said this would be her final appearance at the Olympic Games.

While the second-place finish guarantees Felix entry into the 400-meter race at Tokyo, she’s still planning to run the 200 meters later this week at the trials. If she qualifies for the Games in that event, she’d have the option of running either the 200 meters or the 400 meters in Tokyo since runners can’t compete in both, according to NBC Sports. Felix is also able to run the 4×400-meter relay in Tokyo for Team USA. NBC Sports also reports that if Felix, who already has nine Olympic medals (six golds and three silvers), receives even one more medal in Tokyo, she’d tie Carl Lewis for the most Olympic hardware for a track-and-field athlete.

Felix gave birth to her daughter, Camryn, via emergency C-section at 32 weeks in 2018. Camryn spent a month in a neonatal intensive care unit, and Felix has spoken openly about the difficulties in her recovery and return to training. Felix said Camryn has changed her perspective as an athlete and fueled her throughout Sunday’s race. “I just wanted to really show her, no matter what, that you do things with character, integrity, and you don’t give up,” Felix said. “And to me, whether that was winning, losing, no matter the outcome, I wanted to stay consistent with that. Having her as motivation through these past couple of years has just given me a whole new drive.” We cannot wait to see Felix in action! We will definitely keep our eyes out for her. We wish her the best of luck!