Are Crocs Making A Comeback?

Crocs shoes, which were once named as one of the “worst inventions” by Time magazine, are making a comeback thanks to Gen Z teens. Also, many high-profile celebrities have been spotted sporting the brand, which also helped elevate its popularity.

The colorful elastic shoes, which came into our lives at the beginning of the ’00s, became a major force in the industry. However, in recent years, it appeared as if the shoes have vanished. Despite all that, it seems Crocs are making a comeback into fashion.

According to CNBC, Crocs came in at the 13th spot among the most popular footwear brands among average-income female teenagers this year. In 2017, for comparison, it came on 30th.

With that being said, the shoe’s reputation for being ugly hasn’t faded. It seems that being ugly is one of the factors that drive teenagers to buy the shoes, as they wish to challenge society’s beauty standards – a sort of rebellion. Also, in recent years, customers started to invest in comfort, often choosing it over beauty.

In November of last year, Crocs released a collaboration with rapper Post Malone. The collab found great success and was sold out in ten minutes. Malone and other celebrities, such as Ariana Grande, Drew Barrymore, and Justin Bieber were seen wearing the shoes. Here are, for example, Ariana Grande and Post Malone sporting their crocs:

my first collab with @crocs is SOLD OUT already! go to link in my bio to get updates on future releases. ???? by @adamdegross

Even though the shoe is trendy now, it’s hard to tell whether Crocs will be able to keep the momentum going and go even higher or stay steady, or rather make a free fall. Let’s wait and see. I’ll keep you posted. 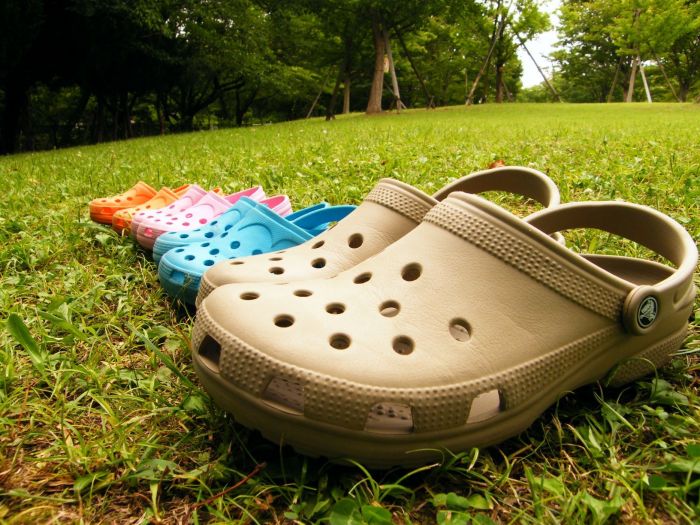