Now that the world is opening more and more, so are the red carpets. On Sunday, The 2021 BET Awards – which honors Black individuals’ achievements in music over the past year – aired live from the Microsoft Theater in Los Angeles, California. It was a delightful return to form for live events, as we have to admit that despite everything, a look is just not the same through zoom. The theme of the night was the “Year of the Black Woman,” with Taraji P. Henson taking on hosting duties. Whether on-stage or off it, these stars dressed to impress. Here are some of the must-see looks from the evening. 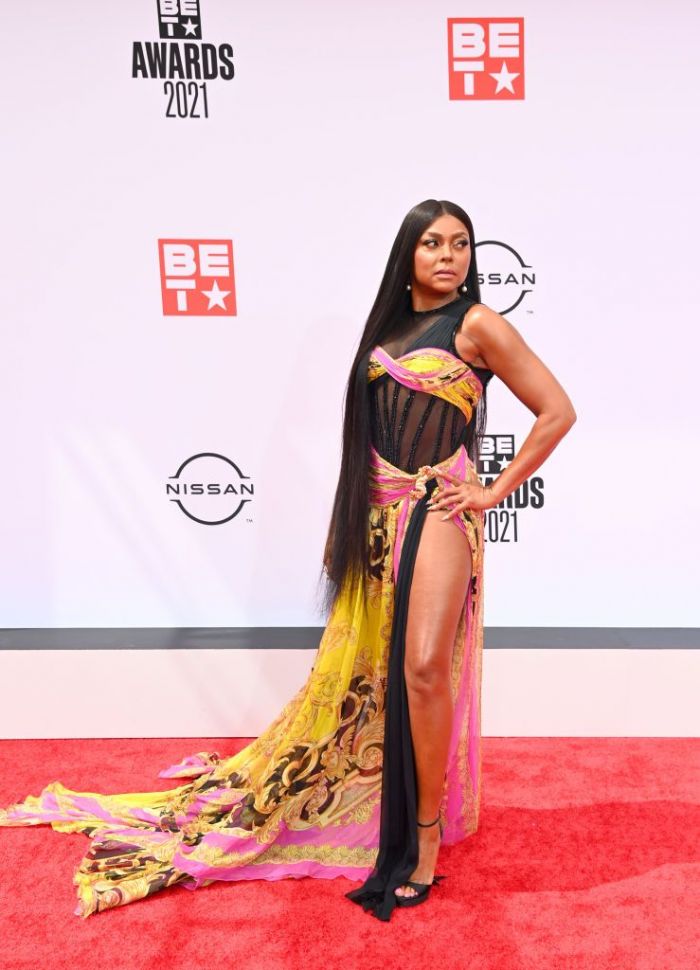 Other than her red carpet look above, the show’s host, Taraji P Henson, dazzled us with several outfit changes that paid homage to Black female icons including Diana Ross, Erykah Badu, Tina Turner, and H.E.R. To the carper, the Empire actress wore a stunning Versace dress, styled by Jason Bolden. The sleeveless number featured sheer black panels with sparkling trim and a flowing pink and yellow printed skirt with a thigh-high slit. Henson accessorized the outfit with a sparkling pair of drop earrings and several rings.

Megan Thee Stallion hit the 2021 BET Awards red carpet in a statement-making ensemble. The rapper wore a Jean Paul Gaultier dress for the occasion. The white number included extreme slits on both sides, with straps on the thighs and top encrusted in glittering crystals. The dress notably featured a cone bra bustier, similar to the original style Gaultier created for Madonna. Thee Stallion completed her look with dazzling diamond earrings, rings, and a pendant necklace, as well as an angular white clutch.

Emmy Award winner Zendaya stunned on the BET Awards red carpet wearing an archival Versace look that pays homage to the dress Beyoncé wore to the 2003 ceremony. While Bey’s version was a mini dress with a pleated, ultra-high hem, Zendaya’s has a flowy, maxi-length skirt with a daring leg slit. Both versions boast a rich purple hue, lime green accents, and revealing cutouts around the torso. 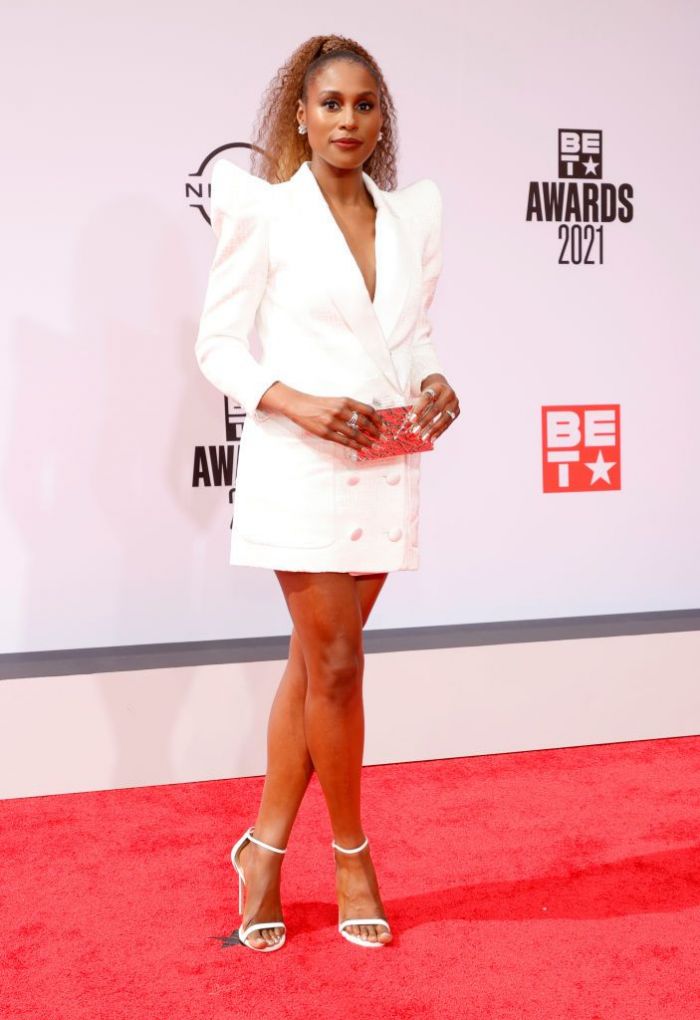 The Insecure star is a forever favorite when it comes to red carpet fashion moments, and this year’s BET Awards are no exception. To the carpet, the actress wore a structured, white tuxedo dress with Bulgari earrings and a ring.