The Cannes Film Festival is one of the world’s biggest red carpets. For 75 years, the event’s lineup of premieres and parties has enriched the film industry while providing style devotees with incredible fashion. Following the festival’s cancellation in 2020 due to the pandemic and its travel bans, stars officially returned to the Cannes carpet on July 6. From embellished floor-length gowns to pants suits and blazers, here are some of the best-dressed celebrities from the 2021 Cannes Film Festival’s red carpet. 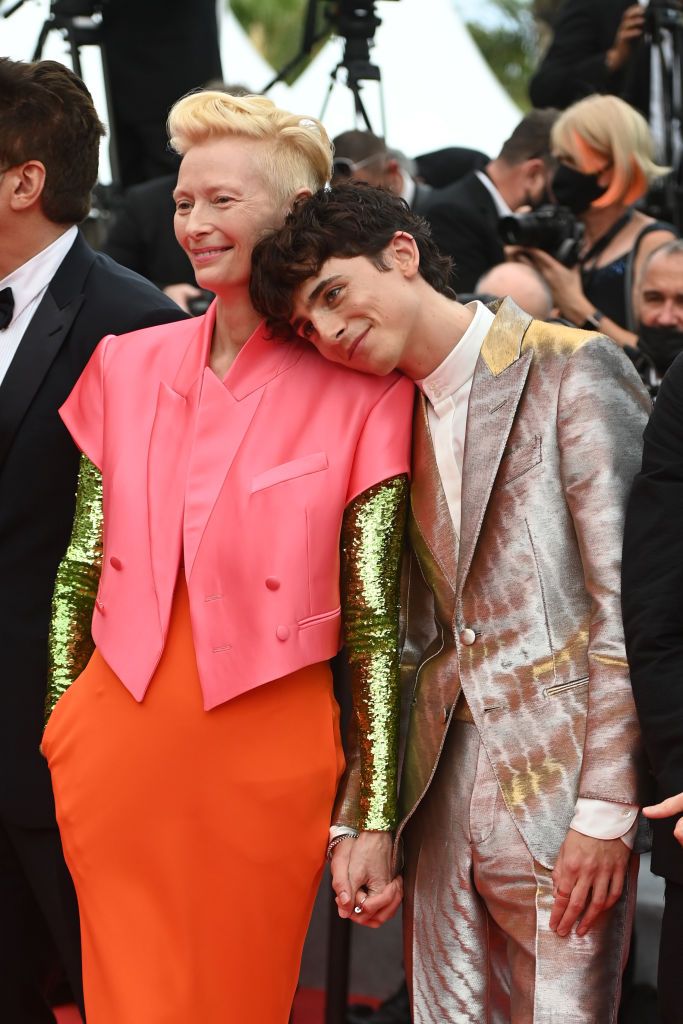 Attending the premiere for their Wes Anderson’s movie, The French Dispatch, co-stars Tilda Swinton and Timothée Chalamet hit the red carpet together. Seen resting his head on Swinton at one point – and winning over the internet in the process – Chalamet was dressed head-to-toe in Tom Ford, wearing a silver jacquard tuxedo suit and cream Chelsea boots. Swinton opted for a coral pink short-sleeved jacket over gold lamé sleeves and paired with an orange skirt. 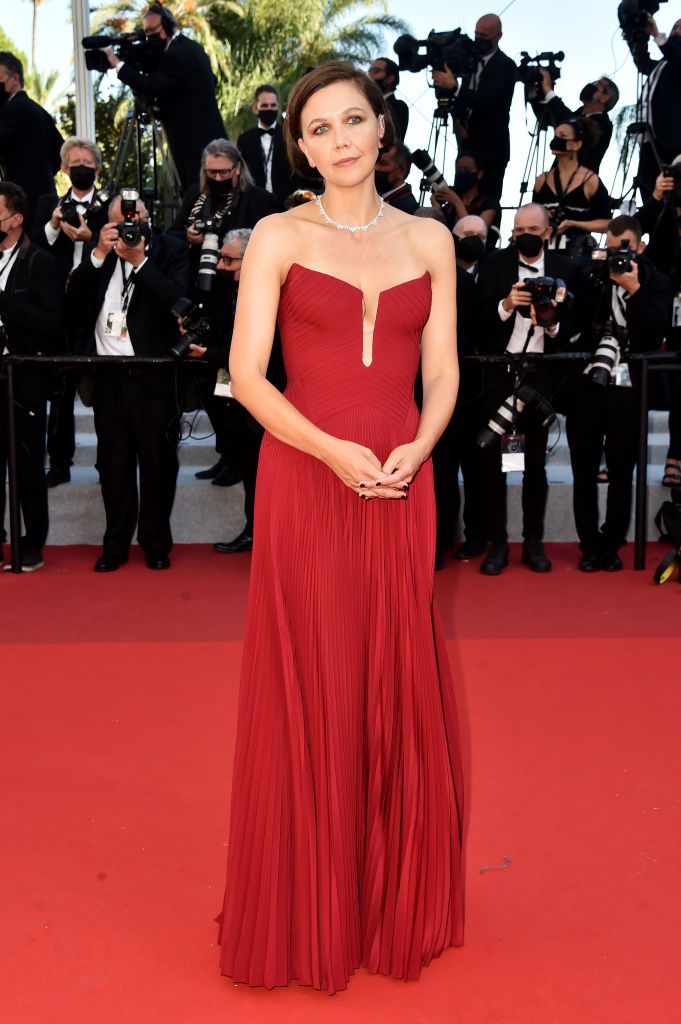 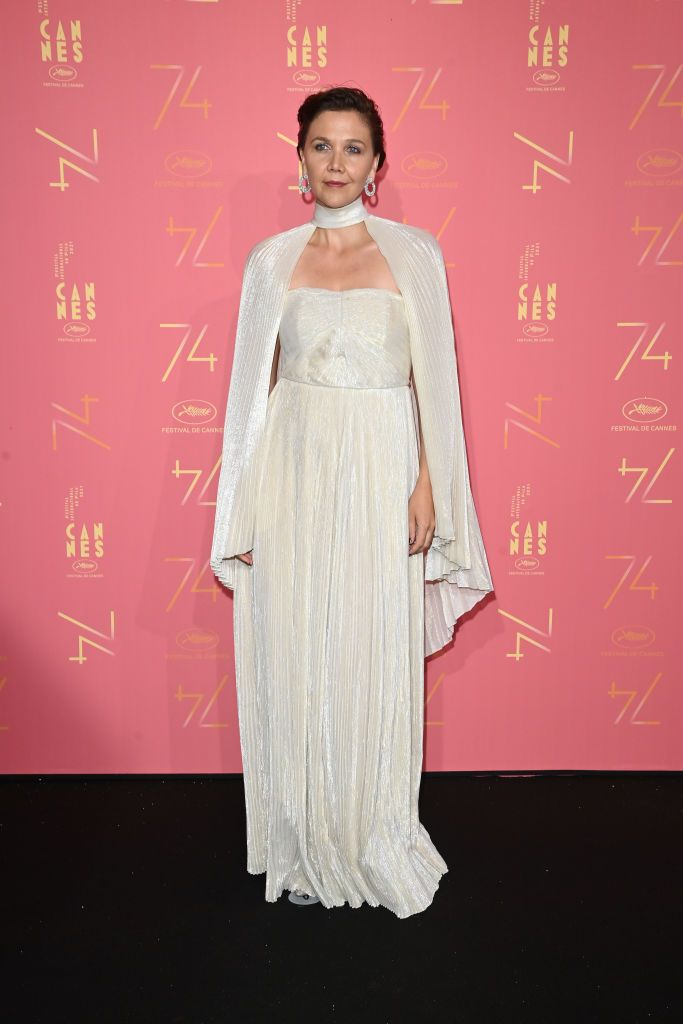 For the Annette screening during the opening night of the festival, Maggie Gyllenhaal channeled old Hollywood glamour in a stunning champagne gown, which she wore with a matching pleated cape. Maggie’s strapless dress was cinched around her svelte waist and dropped to the floor while she teamed the look with a pair of diamond-encrusted hoop earrings by Chopard. 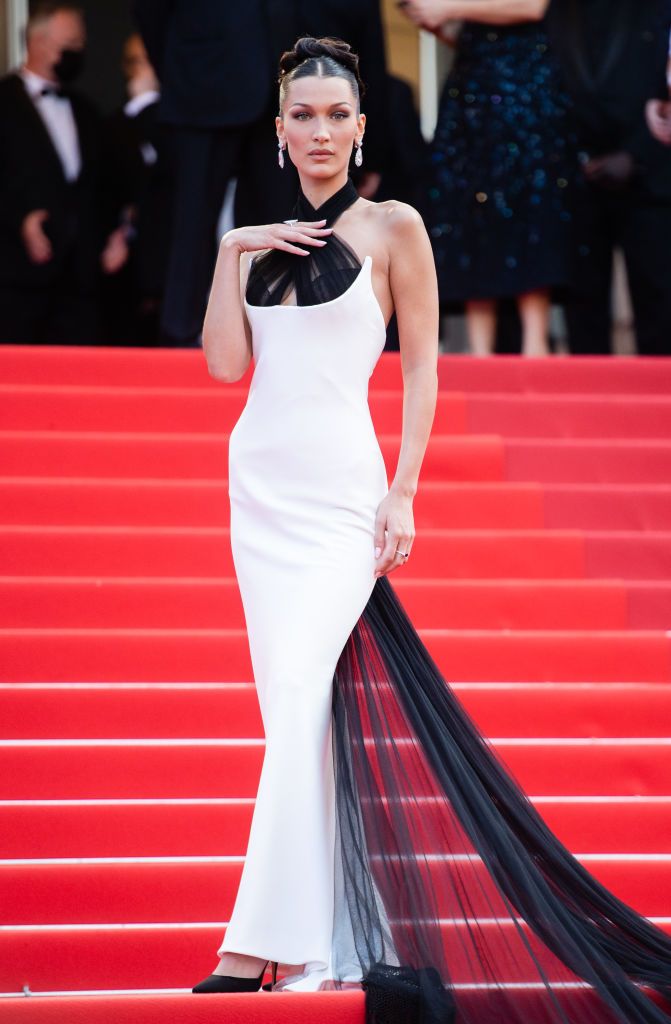 For her first look on the Cannes red carpet, Bella Hadid brought back the old Hollywood glamour in a vintage Jean Paul Gaultier column gown (first modeled by Naomi Campbell in the Spring 2002 Couture show). The glamorous ensemble featured a dramatic black sheer train, which covered the Cannes red carpet and a halter neckline in the same black fabric. The model chose Chopard jewelry to accessorize her vintage look, including white gold earrings with two pear-shaped diamonds. 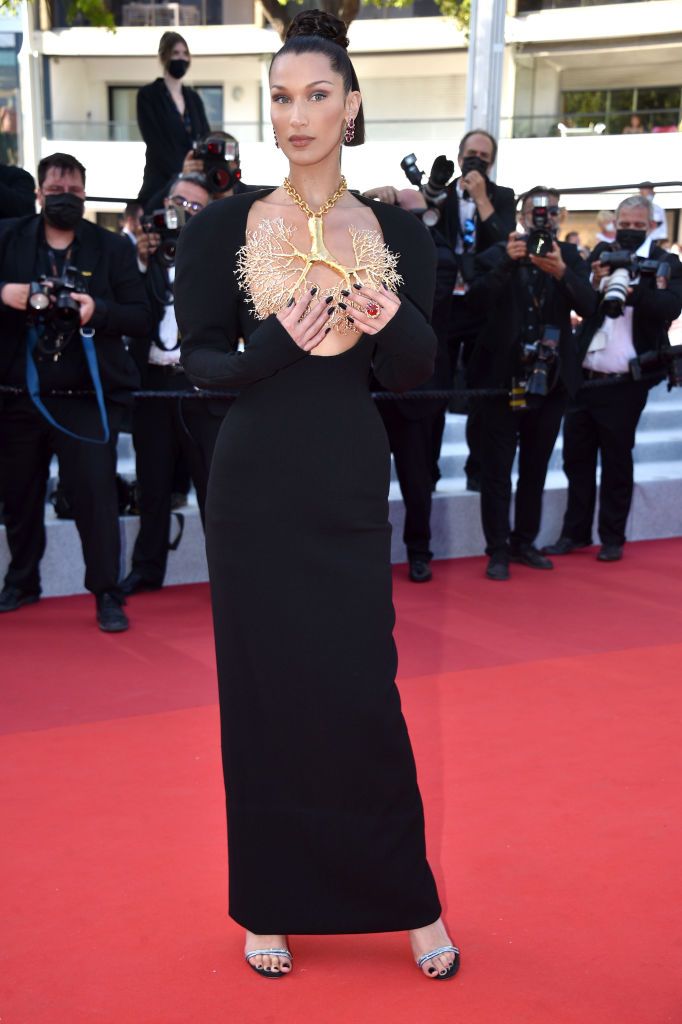 For her second appearance on the red carpet, Bella Hadid wore a risqué deep-cut neckline Schiaparelli dress with a gilded gold necklace to cover her breasts. The gown is from the Haute Couture Fall-Winter 2021/22 collection and was designed by the Artistic Director of Schiaparelli, Daniel Roseberry. The show-stopping piece was a body-sculpting floor-length attire that featured exaggerated shoulder pads and a slit on the back. The necklace Hadid wore was in the shape of trompe l’œil lungs adorned with rhinestones. The model matched her look with strappy embellished pumps, rhinestone adorned earrings, and a matching ring. 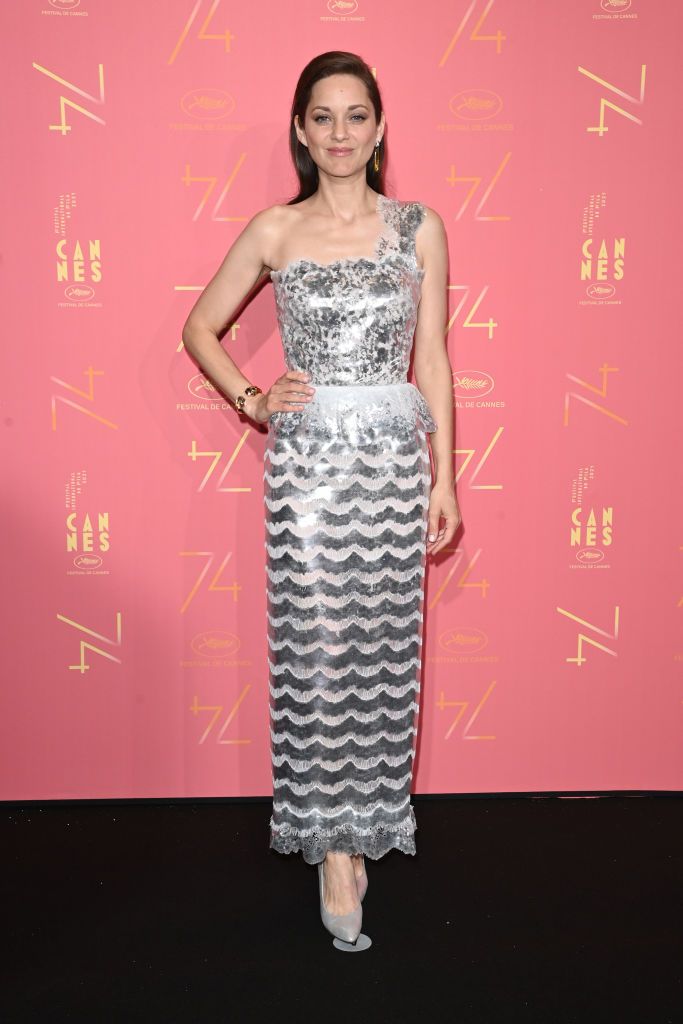 At the opening ceremony, Marion Cotillard stole the show in a shimmering Chanel gown. The beautiful dress was created with layers of silver lace and embellishment and is from one of the house’s recent couture collections.”When I first saw this dress in July 2020, during the small presentation of the couture collection that couldn’t be shown on a runway, I immediately wanted to wear it,” the actress told Harper’s Bazaar. According to Chanel, 322 hours of work went into creating the dress, which features three types of lace laid on double white silk tulle, with that mirror aluminum effect created by enclosing silicone in glass plates and heating it on the lace. 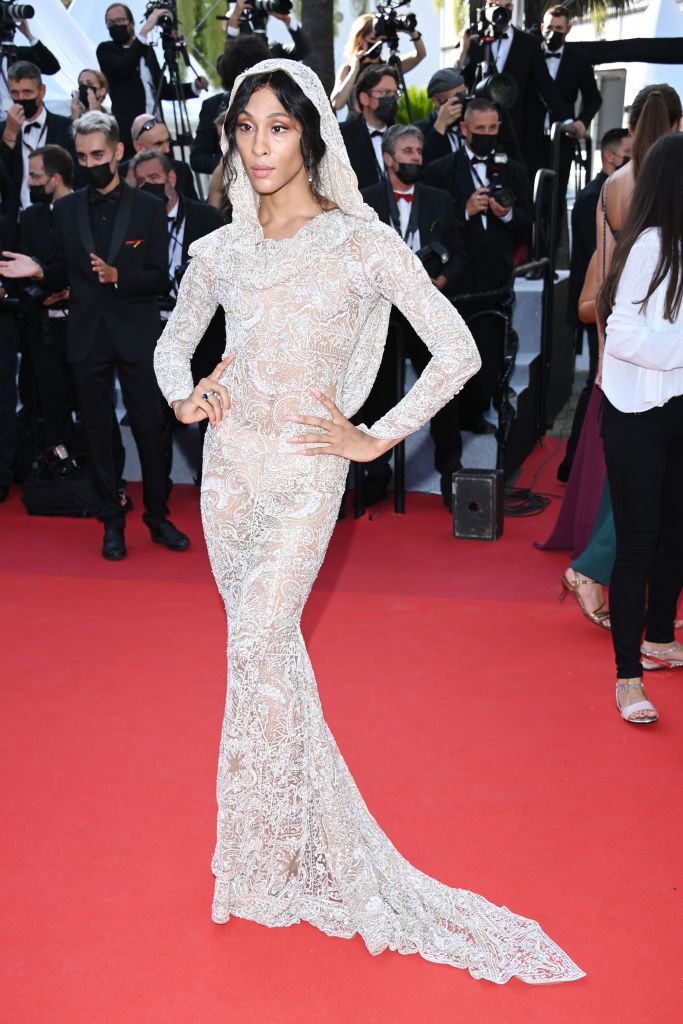 MJ Rodriguez has made her Cannes debut, and she certainly dressed for the momentous occasion. The actress attended the esteemed film festival’s opening ceremony on July 6 wearing a custom design by Etro. The Pose actress described the experience as a “dream” on Instagram. She added, “It was a true fairytale!”Entirely embroidered in crystals and glass beads, Mj’s glamorous gown also featured a sexy open-back silhouette, interesting glove sleeves, and a draped hood. Rodriguez kept the accessories simple, opting for classic drop earrings and a sapphire ring.