One of the most influential women who changed the face of tennis is without a doubt Billie Jean King. Born November 22, 1943, into an athletic family, she was playing sports from a young age. Despite excelling in baseball and softball as a child, at age 11 she switched to tennis; a more ‘ladylike’ sport. When asked at age 13 what she was going to do with her life, her response was simply “I’m going to be the best tennis player in the world.” With 39 major titles, in both singles and doubles, she wasn’t wrong there.

King was known to play aggressively, and not always stick to the status quo. A prime example is her exclusion from a group picture at a tournament for wearing tennis shorts and not a tennis dress. She fought hard to show that women’s tennis was a viable business and not just a feminist fantasy. King went professional in 1968 and began elevating the status of professional women’s tennis. In 1971, she was the first woman athlete to win more than $100,000 in one season, and a year later she became the fifth woman in tennis history with single title wins at four Grand Slam events. The same year she was Sports Illustrated’s Sportsperson of the year; the first woman to be selected. 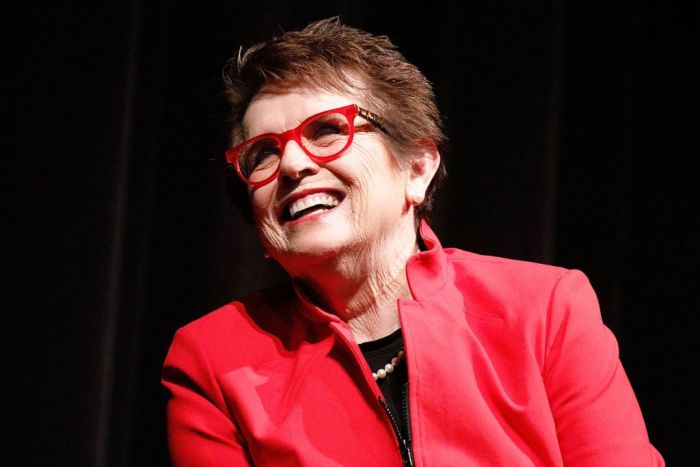 Fighting hard for gender equality, King thought women deserved as much prize money and respect as men. In ‘The Battle of the Sexes’ in 1973, with a record tennis crowd and TV audience, Billie Jean King beat Bobby Riggs in straight sets, 6-4, 6-3, 6-3. King continued to relentlessly push for the rights of women players and was one of the founders (and first president) of the Women’s Tennis Association. In the years following her retirement from competitive tennis, King made it to the Women’s Sports Hall of Fame, International Tennis Hall of Fame, and the National Women’s Hall of Fame. Still active in tennis as a coach in Federation Cup and Olympic teams, in 2020, the Federation Cup was renamed the Billie Jean King Cup.