Demi Lovato has been gracing the red carpet since when she was a teenager. Lovato rose to fame at the age of 16 as a star on the Disney Channel movie Camp Rock in 2008. Since then, Lovato has established herself as an actress and a singer and has released six studio albums. Lovato has also been an advocate for mental health, setting an example and inspiring many all over the world.

In honor of Lovato’s 27th birthday today, I decided to show her amazing fashion transition from a Disney teen to her current mature, firey, and confident self. Below, see Demi Lovato’s incredible style transformation over the years. 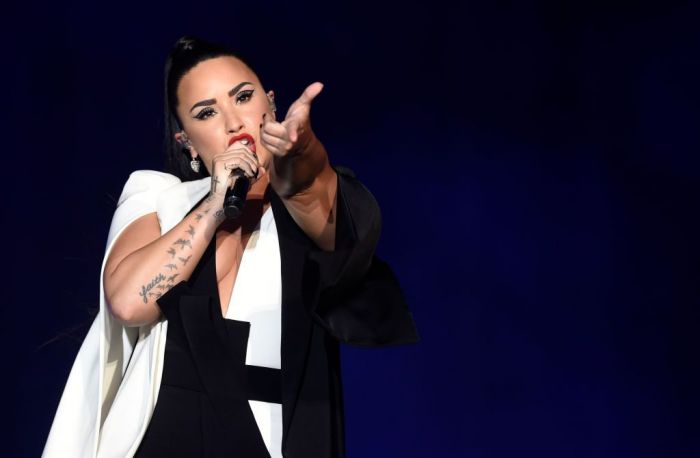 Lovato looked amazing taking the stage at the Rock in Rio Lisboa music festival in a striking black-and-white bodysuit and cape. Lovato completed the firey outfit with a high ponytail.

In a recent (and quite rare) Instagram post from June, Lovato looked stunning in a black two-piece and a yellow long jacket. Lovato completed the look with matching black hills.

Demi Lovato style has developed beautifully over the last 11 years, and I can’t wait to see how it’s going to grow and evolve next. Happy birthday, Demi Lovato!