At the end of October, Emily Ratajkowski announced to the world that she was pregnant through a new gorgeous digital Vogue cover, where she wore a slip Jonathan Simkhai dress. Soon after her announcement, Ratajkowski has already been spotted by paparazzi lenses in a pregnancy look which is everything we expected from her – sexy and celebratory of her new figure. The model wore

a black knit dress with a side neckline by Aya Muse, which she matched with bright red boots and a pair of sunglasses. 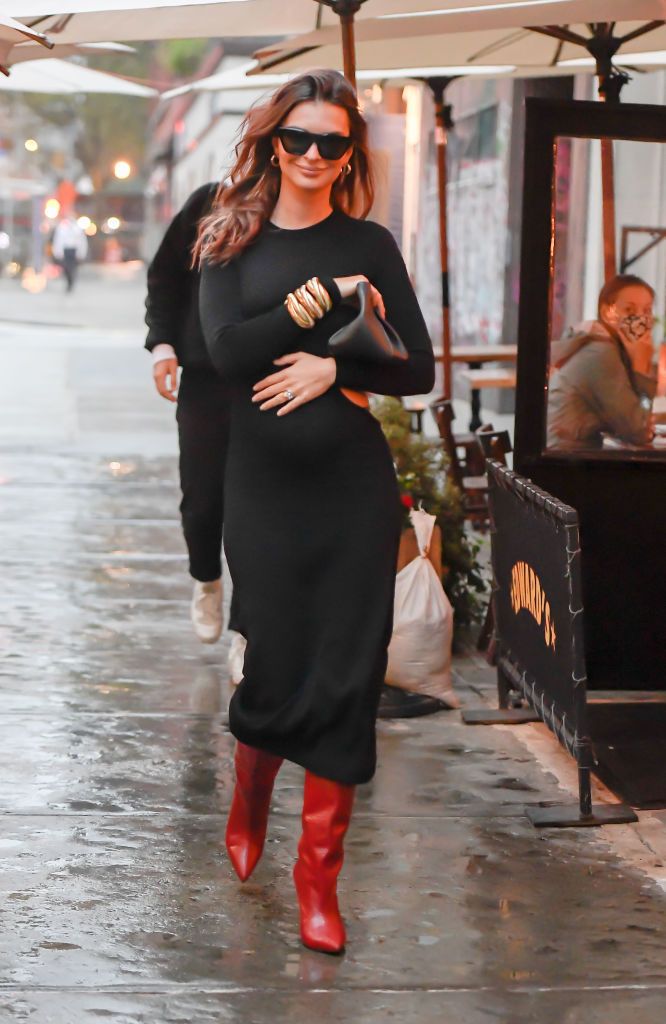 Judging by this astonishing outfit, there is definitely great anticipation from our end to see what she has in store for us next. Luckily, Ratajkowski didn’t leave us waiting long. Just the following day, the model-actress gave us yet another stunning pregnancy look. Ratajkowski is known for her astonishing street-style, and this time is no different. Stepping out to the streets of New York City, Emrata wore her second pregnancy outfit, showing that she is enthused about her baby bump and that she has no intention of hiding it under baggy clothes. 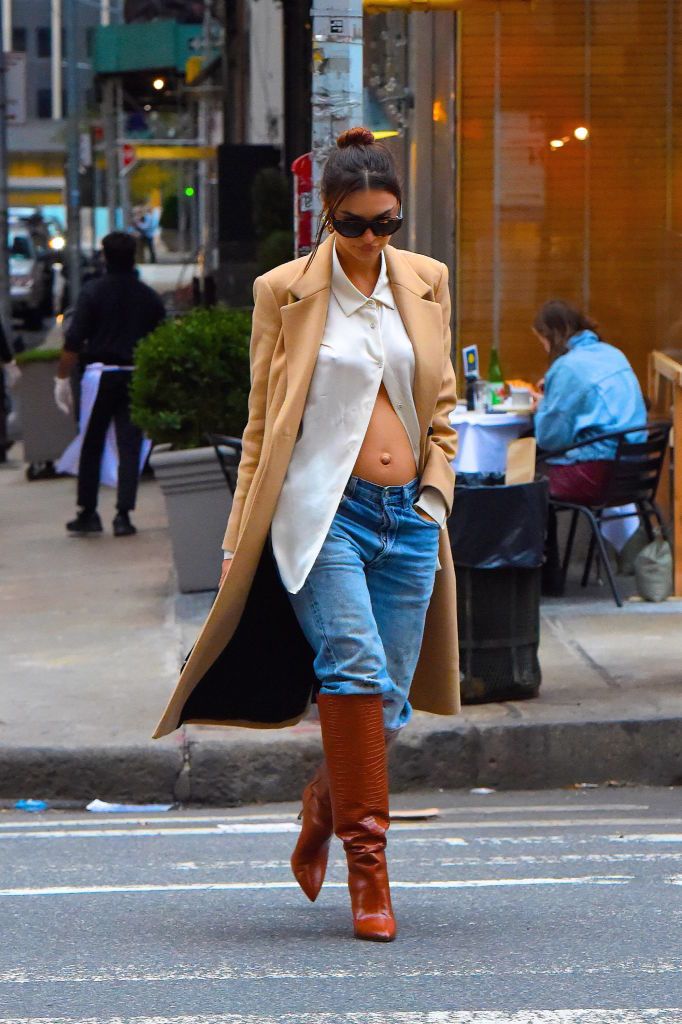 This time, the model/ designer/ actress/ entrepreneur chose a completely different approach than the day before, going for a tailored autumn outfit with layers that strategically exposes only the bulging belly. Pregnant or not, this is a winning look – jeans, high boots, a button-down white shirt, a useful camel-colored coat, and golden hoop earrings. Adding a pregnancy twist, Ratajkowski chose to button the top of the shirt, but leave the bottom buttons open so that her belly is exposed. There is no doubt that this is just the beginning, and that we have a few more months to enjoy the pregnant development of Ratajkowski’s personal style, which is always precise to the very last detail. We cannot wait to see what she has in store for us (maybe even some maternity clothes for her Inamorata brand?).