After facing many difficulties in the past few months, fashion retailer Forever 21 has filed for bankruptcy on Sunday evening. Back in August, Forbes published that Forever 21 considered filing for bankruptcy. The company announced that it is seeking bankruptcy protection under Chapter 11, ending months of speculations regarding its state.

The chain announced it is planning to take apart its global business, closing between 300 and 350 stores, including as many as 178 in the United States. The fashion retailer added that it has plans to exit “most of its international locations in Asia and Europe.” Currently, the company holds over 549 stores in the US and 251 stores in other countries.

To continue funding operations during the restructuring, Forever 21 has secured $275 million from its existing lender, JPMorgan Chase, in addition to $75 million from TPG Sixth Street Partners and its affiliates.

Forever 21 is the latest retailer to run into trouble following the rise of online shopping. Since the start of 2017, more than 20 major US retailers, including Sears, Barneys and Toys R Us, have filed for bankruptcy as more customers shift to online retailers such as Amazon.

Forever 21 was founded in 1984 by South Korean immigrants Do Won Chang and his wife, Jin Sook. The fast-fashion giant became a destination for fashion-forward merchandise at bargain-basement prices. The Changs have maintained a 99% ownership in the company.

According to Forbes, the Changs were dropped from Forbes’ billionaires list earlier this year as the retailer hit a rough patch.

Jonathan Goulding, the company’s chief restructuring officer, wrote in a court document: “Forever 21 is a story about family and the ‘American Dream.’ Forever 21 intends… to remain viable and write a different ending from so many retail companies before it.” 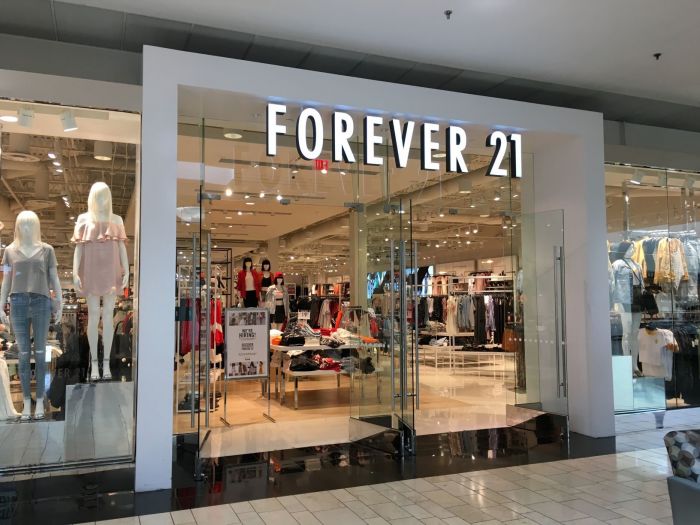