Got The Wrong Idea

Somehow, I got the wrong idea of you. I thought I was in love with you, but I guess I was wrong. You were the complete opposite of every man I ever dated in the past – sweet, loving, genuine. You were something special, a breath of fresh air in my life. You have become the person most close to me; I felt like I could talk to you about everything and anything. For the first time in my life, for the first time in my romantic life, I was on the same page with my partner. From the moment I met you, you were everything I needed. 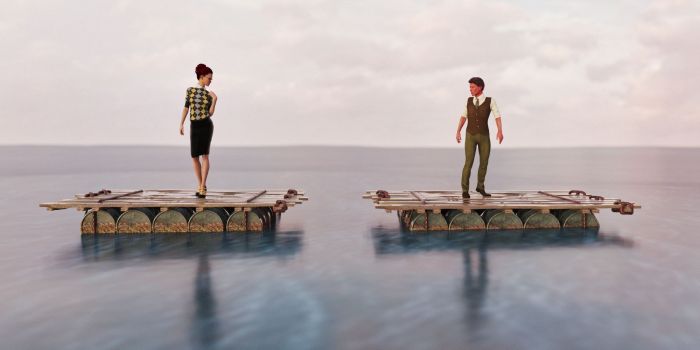 But that wasn’t the real you. Truth be told, I didn’t know you as well as I thought I did. I created this person in my mind, this mold of a person, and I put you in it. I needed you to fill this role desperately, so I forced it. I think that somewhere inside, I knew that you weren’t who I made you out to be in my mind, but refused to admit it. I think that you, somewhere along the way, wanted to believe it too, so you played along and acted the part. I denied the parts of you I didn’t want to see, but that change the fact that they were there.

In the end, I couldn’t keep pretending that they weren’t there, that you – that we – were something real. I realized that yes, I was in love, but it wasn’t with you; it was with the idea of you. And with that realization, we fell apart. We both couldn’t keep up with that facade. Over time, we saw each other for who we were; we have become strangers. The hardest part of it all was realizing that the person I missed and I loved never existed. I lost the person I thought you were, the person I used to love before realizing he never actually existed.