After digging deeper into the inspiring stories of great athletes such as Serena Williams and Simone Biles, and seeing my colleague’s, Penelope Trent, Inspiring Women In Fashion column, I suddenly became inspired myself. I was so inspired, in fact, that I decided that I would like to write more articles of this nature. So, I would like to present you with what would become a recurring sub-section in our column – Groundbreaking Women In Sports. Once in a while, we’d focus on a powerful and influential woman athlete. And, today, that focus would be on mount climber Junko Tabei. 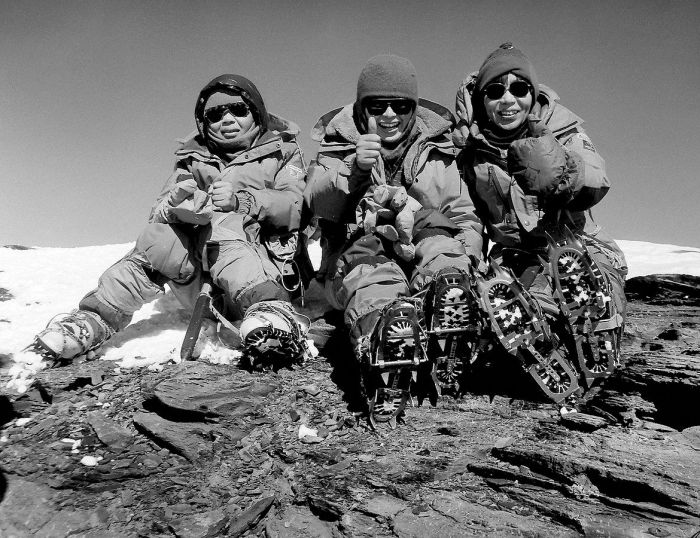 Junko Ishibashi was born on 22 September 1939 in Miharu, Fukushima, the fifth daughter of seven children. She was considered a frail child, but, despite it, she began mountain climbing at the age of ten, going on a class climbing trip to Mount Nasu. Although she was interested in doing more climbing, her family did not have enough money for such an expensive hobby, and Ishibashi made only a few climbs during her high school years. She enjoyed the non-competitive nature of the sport and the striking natural landscapes that came into view upon reaching the top of the mountain. Initially pursuing a career as a teacher, Ishibashi returned to her earlier passion for climbing after graduation, joining several climbing clubs. While some men welcomed her as a fellow climber, others questioned her motives for pursuing a typically male-dominated sport. Soon, Ishibashi had climbed all the major mountains in Japan, including Mount Fuji.

In 1969, Junko Tabei established the Joshi-Tohan Club (Women’s Mountaineering Club) for women only. The club’s slogan was “Let’s go on an overseas expedition by ourselves”, and the group was the first of its kind in Japan. Tabei later stated that she founded the club as a result of how she was treated by male mountaineers of the time; some men, for example, refused to climb with her, while others thought she was only interested in climbing as a way to find a husband. The Joshi-Tohan Club embarked on their first expedition in 1970, climbing the Nepalese mountain Annapurna III. They successfully reached the summit using a new route on the south side, achieving the first female and first Japanese ascent of the mountain.

Six years later, in 1975, the Joshi-Tohan Club decided to tackle Mount Everest. The club created a team known as the Japanese Women’s Everest Expedition (JWEE), led by Eiko Hisano, which would attempt to summit Mount Everest. JWEE contained 15 members, most of them working women who came from a range of professions. Two of the women, including Tabei, were mothers. They applied for a climbing permit for Everest in 1971, but had to wait four years to receive a place in the formal climbing schedule.Only one member from the team could climb to the top, and that woman was Tabei. Therfore, on 16 May 1975, with her sherpa guide Ang Tsering, Tabei became the first woman to reach the summit of Everest.

More women than ever are following in her footsteps, with women representing 20% of Everest climbers in 2019 – the most ever in history, according to Outside. After Everest, Tabei went on to scale many more enormous mountains and, in 1992, became the first woman to have stood atop the Seven Summits, i.e., the tallest peaks on the seven continents. This OG pioneer of women’s mountaineering died in 2016 at age 77 after summiting the highest peaks in more than 70 (!) countries.