As I promised and declared, I am interested in exploring the lives of phenomenal, groundbreaking women who have changed the world of sports forever. So, welcome to another installment of our sub-section – Groundbreaking Women in Sports. Today, we are going to explore the life and career of American sprinter Wilma Rudolph. Rudolph was born on June 23, 1940, in Saint Bethlehem, Tennessee (now part of Clarksville). She was the twentieth of 22 siblings from her father Ed Rudolph’s two marriages. Shortly after Wilma’s birth, her family moved to Clarksville, Tennessee, where she grew up and attended elementary and high school. Her father, Ed, worked as a railway porter and did odd jobs in Clarksville, died in 1961; her mother, Blanche, worked as a maid in Clarksville homes and died in 1994. 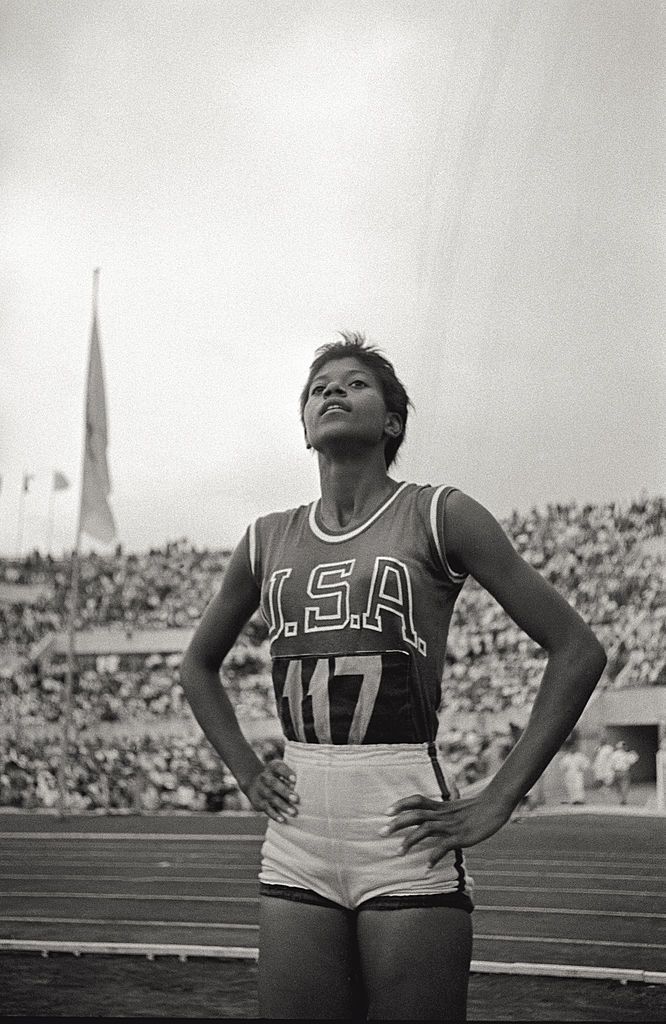 Rudolph suffered from several early childhood illnesses, including pneumonia and scarlet fever, and she contracted infantile paralysis (caused by the poliovirus) at the age of five. She recovered from polio but lost strength in her left leg and foot. Physically disabled for much of her early life, Rudolph wore a leg brace until she was twelve years old. Rudolph attended Clarksville’s all-black Burt High School, where she excelled in basketball and track. During her senior year of high school,  Rudolph became pregnant with her first child, Yolanda, who was born in 1958, a few weeks before her enrollment at Tennessee State University in Nashville, where she continued to compete in track.

When Rudolph was sixteen and a junior in high school, she attended the 1956 U.S. Olympic track and field team trials in Seattle, Washington, and qualified to compete in the 200-meter individual event at the 1956 Summer Olympics in Melbourne, Australia – being the youngest member of the U.S. Olympic team. Rudolph was defeated in a preliminary heat of the 200-meter race at the Melbourne Olympic Games but ran the third leg of the 4 × 100 m relay, for which the American team won the bronze medal, matching the world-record time of 44.9 seconds. While she was still a sophomore at Tennessee State, Rudolph competed in the U.S. Olympic track and field trials at Abilene Christian University in Abilene, Texas, where she set a world record in the 200-meter dash that stood for eight years. She also qualified for the 1960 Summer Olympics in the 100-meter dash. 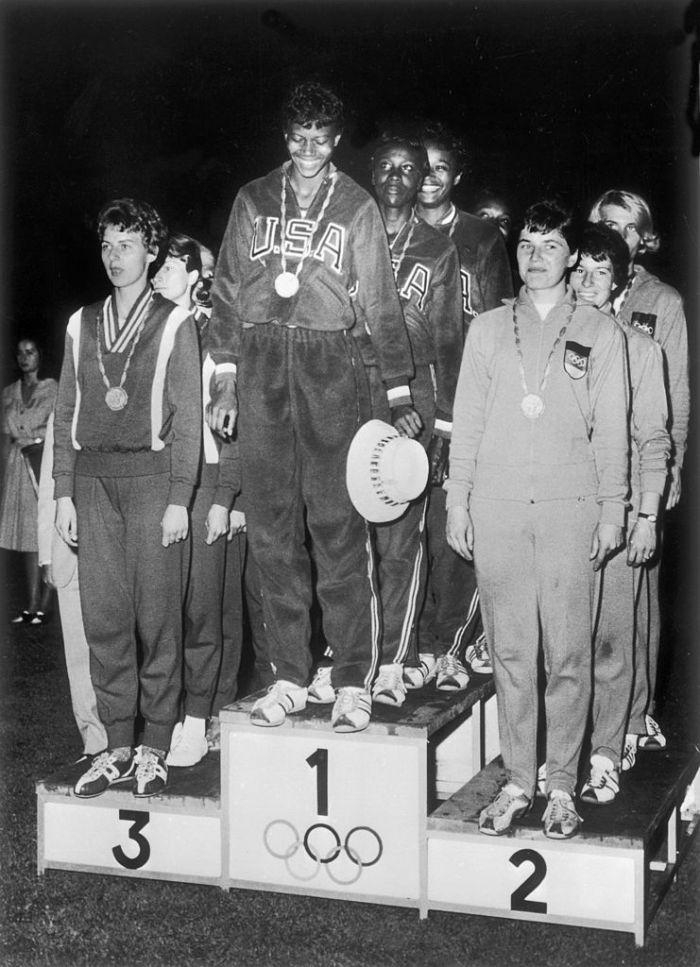 At the 1960 Summer Olympics in Rome, Italy, Rudolph competed in three events on a cinder track in Rome’s Stadio Olimpico: the 100- and 200-meter sprints, as well as the 4 × 100-meter relays. Rudolph, who won a gold medal in each of these events, became the first American woman to win three gold medals in a single Olympiad. Rudolph ran the finals in the 100-meter dash in a wind-aided time of 11.0 seconds. (The record-setting time was not credited as a world record, because the wind, at 2.75 meters (3.01 yd) per second, exceeded the maximum of 2 meters (2.2 yds).) Rudolph won another gold medal in the finals of the 200-meter dash with a time of 24.0 seconds, after setting a new Olympic record of 23.2 seconds in the opening heat. After these wins, she was hailed throughout the world as “the fastest woman in history.”

In 1961 Rudolph married William Ward, a North Carolina College at Durham track team member; they divorced in 1963. Not long after, Rudolph retired from track competition at the age of twenty-two. At the time of her retirement, Rudolph was still the world record-holder in the 100-meter (11.2 seconds set on July 19, 1961), 200-meter (22.9 seconds set on July 9, 1960), and 4 x 100-meter-relay events. She had also won seven national AAU sprint titles and set the women’s indoor track record of 6.9 seconds in the 60-yard dash. As Rudolph explained it, she retired at the peak of her athletic career because she wanted to leave the sport while still at her best. 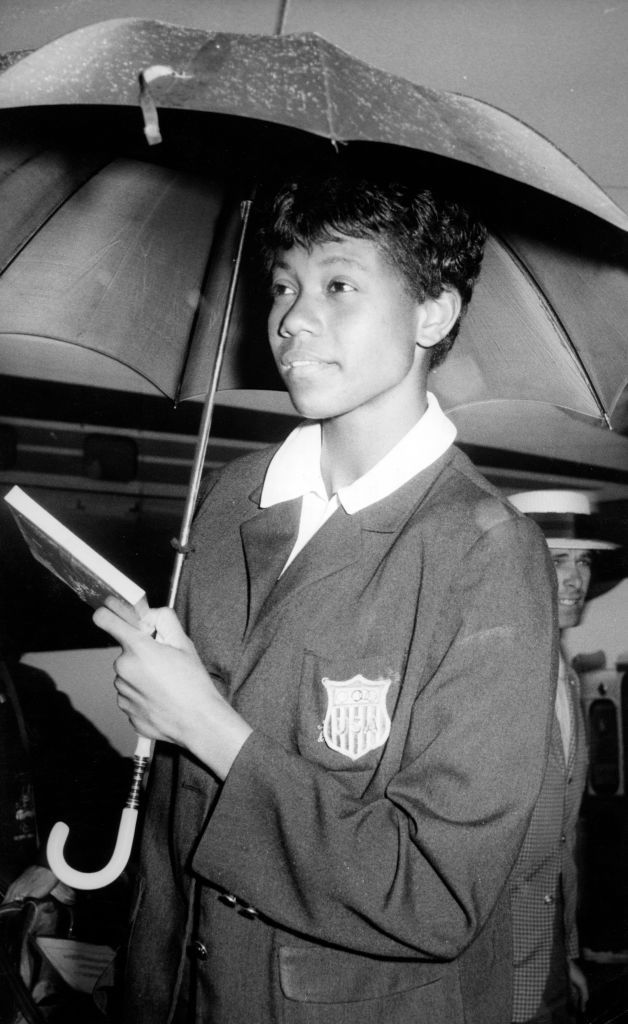 After retiring from competition, Rudolph continued her education at Tennessee State and earned a bachelor’s degree in elementary education in 1963. That same year, Rudolph also married Robert Eldridge, who had fathered her child when she was in high school. The couple had three additional children but divorced after seventeen years of marriage. In addition to teaching, Rudolph worked for nonprofit organizations and government-sponsored projects that supported athletic development among American children and went on to host a local television show in Indianapolis. In 1992, Rudolph became a vice president at Nashville’s Baptist Hospital. In July 1994 (shortly after her mother’s death), Rudolph was diagnosed with brain cancer. She also had been diagnosed with throat cancer. Her condition deteriorated rapidly, and she died on November 12, 1994, at the age of fifty-four, at her home in Brentwood, a suburb of Nashville, Tennessee. 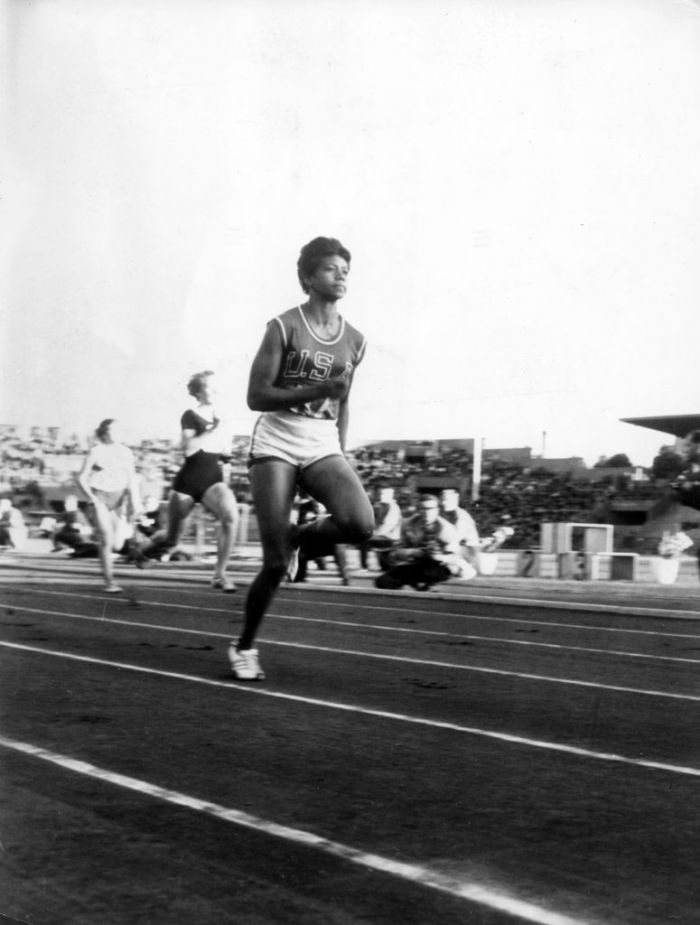 Rudolph’s legacy lies in her efforts to overcome obstacles that included childhood illnesses and a physical disability to become the fastest woman runner in the world in 1960. At the 1960 Rome Olympics, she became the first American woman to win three gold medals in a single Olympiad. Rudolph was one of the first role models for black and female athletes. Her Olympic success “gave a tremendous boost to women’s track in the United States.” Rudolph’s celebrity also caused gender barriers to be broken at previously all-male track and field events such as the Millrose Games. In addition to her athletic accomplishments, Rudolph is remembered for her contributions to youth, including founding and heading the Wilma Rudolph Foundation, which trains youth athletes.