Grown Women Can Do As They Please

On Thursday, TMZ released footage of singer and actress Miley Cyrus kissing Australian singer Cody Simpson. Following the release of the video, many people criticized Cyrus, accusing her of moving too fast after her split from husband Liam Hemsworth back in August. Miley didn’t stay silent, publishing a response tweet, slamming her critics.

Cyrus first tried to poke fun at the situation on Instagram stories before taking a more serious approach to Twitter.

Cyrus started her tweet writing: “I know the public feels invested in my past relationship because they felt like they saw it thru from the beginning. I think that’s why people have always felt so entitled over my life and how I live it because they’ve watched me grow up.”

However, Cyrus clarified she is no longer a child, writing: “I am grown now and make choices as an adult knowing the truth/details/reality. People only ‘know’ what they see on the internet.”

Cyrus went on to point out the double standards and inequality of how men get praised for moving on fast after a relationship, while women are being criticized and receive bad rep. The singer wrote that men will be more admired for having more relationships, they will be called “legends” or “heartthrobs”. Women, on the other hand, will be thinking less of. Cyrus wrote: “I am trying to just THRIVE/survive in a “mans” world. If we can’t beat em, join em! … can’t I just have a kiss and acai bowl?!?!”

This subject Cyrus is bringing up is such an important one. Why is it hard for our society to see women act freely and follow their desires, while men get to do so with zero criticism?

Thankfully, more and more celebrities use their platform to bring up this issue. Taylor Swift referred this matter in her song The Man off her new album, Lover. In the song, in which Swift imagined how her career and life would have been like if she was a man. In the second verse, for example, Swift sang: “They’d say I hustled, put in the work/ They wouldn’t shake their heads and question how much of this I deserve/ What I was wearing, if I was rude/ Could all be separated from my good ideas and power moves.” This isn’t the first time Swift brought up this issue. Throughout her whole career, Swift was typecasted by people a “serial dater”, with people criticizing every single move she had made in her love life.

We have to fight the double standard. Our society needs to understand that women are independent and can decide for themselves. We need to accept that grown women can do as they please and that it isn’t for us to decide what’s good for them.

For all of her critics, Cyrus sent one last message: “Get used to me dating-this is where I am!” You do you, Ms. Cyrus, and keep fighting the good fight! I wish you nothing but happiness. 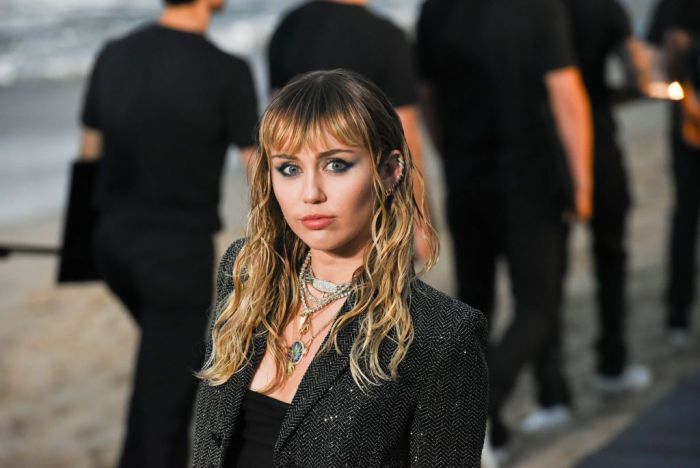