He Was Too Nice

Maybe all of us girls are just like Goldilocks, where nothing is ever good enough. I’d like to believe that I’m not just a spoiled and ungrateful girl. I realize that there’s no perfect person in the world, but I do believe that we should have high standards for ourselves and know what we deserve. We should never settle for anything less than what we want, and we should know when and where we are willing to compromise.

And through the journey of dating, I’ve learned the hard way. It was so important to me have a guy be a real man. I wanted a guy who represented all manliness, who was buff, who cared about his appearance, but not more than me, who dressed well, who wasn’t overly sensitive, who always took charge and knew what he wanted, was dominant, and even slightly aggressive.

Yes, it’s true, like most other girls, I fell for the bad boy with the spiked hair and the tattoos. We had tons of fun together, riding on his motorcycle, going out to bars and partying all night long, it was straight from the movies.  I was living the dream with him.

The only problem? He didn’t treat me with respect. He was rude to me, was sloppy and dirty, left his laundry on the floor, his dishes in the sink, and thought I was his mother. It became my responsibility to take care of him, and he never showed me any appreciation. He thought feminism was a hilarious concept.

Eventually, after no shortage of fighting and heartbreak, we broke up. All I wanted was the perfect, prince charming, knight in shining armor that would treat me like a princess and would respect me as even greater than his equal.

Well, I found just that. He was perfect on paper. He was hardworking, intelligent, had a great job, he cooked, he cleaned, he did cute gestures all the time. He said yes to everything I said, never argued with me, never got angry, did everything I wanted to, he spoiled me rotten.

At first, it was fun, I felt special, and relieved to finally have a guy that was giving me the respect I wanted. But as things processed, and bigger decisions needed to be made. I wanted him to be my partner in choosing where life would take us, and I didn’t feel that. I felt like I was alone in this relationship. He wasn’t the man I needed him to be. I felt confused because he’s exactly what I thought I wanted.

I needed him to stand up to me, to say no to me, to be dominant, at least somewhat.  I felt like a bipolar complete mess. I felt like I will never be happy or satisfied with anyone. Had I made a mistake ending things with my first boyfriend? What did I really want?

Years later, I found the right person for me. I realized that life is not black and white. There are more than two types of people out there, and that we need balance in everything. My partner is not perfect, but I can accept and appreciate all of his imperfections.  He takes charge, but he still lets me speak and hears me out. He is strong and manly, but he is sensitive, caring, and loving. He is dominant, but he respects me as his equal. 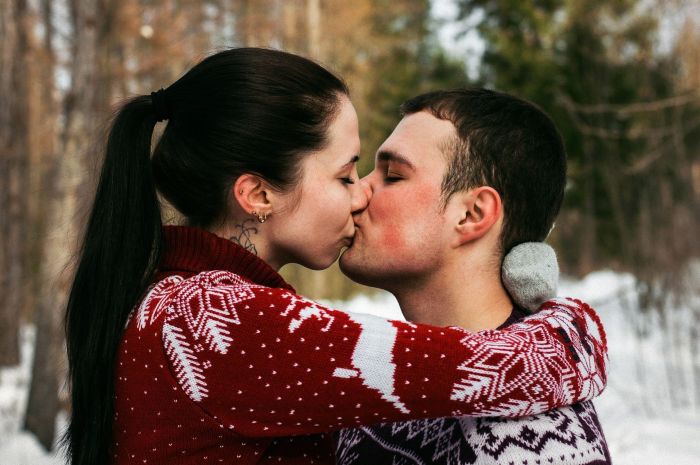