Thinking of visiting a theme park this upcoming summer? Well, you might want to wave ‘hello’ to Universal Studios.  Not only do the Orlando and Hollywood locations have the legendary Wizarding World of Harry Potter (which seriously cannot be missed), but now your favorite feline, Hello Kitty, has made her way to Universal Studios too.  Yep, you got that right!

The most adorable Sanrio character has made a new home at the Animation Studio Store in Hollywood, meaning that there’s now a new line of Hello Kitty food, and you won’t be disappointed.

The cuteness factor itself is enough to make anyone want to jump on a plane and hit the store up.  The store is full of the famous kitten literally everywhere. And on top of the overwhelming adorableness? It is a whole lot of deliciousness.

All of the food has got the signature red bow and is almost too cute to eat.  They’ve got Hello Kitty s’mores, a graham cracker and marshmallow covered in white chocolate, and decorated looking like just like Hello Kitty They’ve also got Chocolate S’mores, which are absolutely purrfect and is a chocolate version of the treat. And if that’s not enough for you – you’ve got yourself a Keroppi s’more covered in green white chocolate that looks like just the frog.

There are tons of other unique Hello Kitty treats at the store, such as candy apples and fudge. Everything is a serious Instagram dream come true and nostalgic adventure. 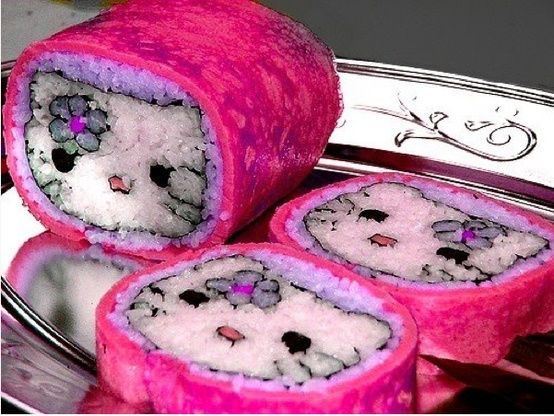