How To Ease Your Sunburn Pain

Summer is here, and, as usual, many people all over the world are going to spend a portion of their time outside under the beating sun. With that comes the danger of sunburn. Spending much time under the sun’s powerful rays can bring on blistering sunburns that can feel like your skin is on fire. The amount of time a sunburn lasts depends on the severity of the burn, but a severe one can last from 10 days to three weeks, said Dr. Samer Jaber, board-certified dermatologist, assistant clinical professor of dermatology at the Icahn School of Medicine at Mount Sinai in New York City. 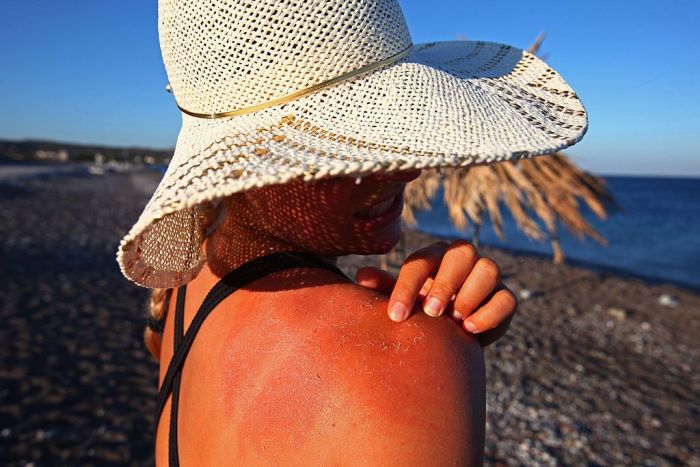 “The most common reasons for sunburn are lack of or insufficient sun protection. This includes not applying enough sunscreen or not re-applying often enough,” explained Jaber. “Sunscreens are protective for up to two hours at most and generally require immediate re-application after exposure to water through swimming or sweating.” Another reason for a severe sunburn could be an unthorough application of sunscreen. That is why commonly burned areas are areas people usually miss when applying sunscreen, such as the top of feet or ears. So, how can you ease the pain?

The best way to ease sunburn pain is to keep the burned skin as cool and moisturized as possible. You can soak a clean washcloth in cold water and apply it to the burn five times daily for 5-10 minutes to cool off your skin. You can also soak it in cold milk or use some cold yogurt to help with the pain. Another important (and rather obvious) recommendation is to stay away from the sun. Try to avoid the sun as much as you can and stay in the shade when outside. One more important tip is to stay hydrated. According to the American Association of Dermatology, sunburns draw fluid to the skin’s surface and away from the rest of the body. So, you must make sure to dring to prevent dehydration. 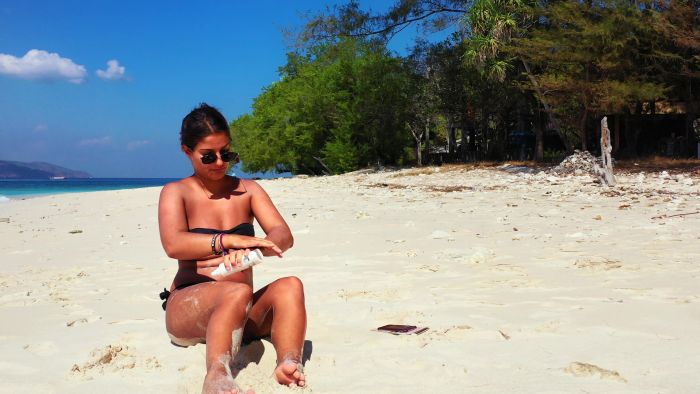 Also, make sure to moisturize the burn area with a cold moisturizer or aloe vera, a time-tested sunburn healer that cools skin on contact. Jaber also adds that it is important not to “Pop, pick at, or drain blisters,” and “Allow them to heal naturally.” If the pain is severe, use Anti-inflammatory drugs (NSAIDs) such as ibuprofen or aspirin, which can help reduce inflammation and pain. Your body will tell you when your skin has healed. The redness and pain resolve, and sometimes the skin starts to peel, which is a part of the healing process of your skin. If your skin blisters terribly – seek medical attention. Please remember to use sunscreen and reapply it when necessary to prevent this from even happening. Let’s enjoy this summer and being able to be outside.