With a career spanning over three decades, Naomi Campbell has long established herself as an icon in the fashion world. One of the ’90s OG supermodels, Campbell’s relevancy has not once waned. The seemingly ageless supermodel has graced the covers of over 500 magazines, walked for the highest-caliber designers like Versace and Alaïa, and shot by the industry’s biggest photographers. So, in honor of her 50th (!) birthday today, I wanted to take a trip down memory lane and visit some of Campbell’s most iconic outfits.

Just because we won’t get to see Campbell’s outfit to this year’s Met Gala, doesn’t mean we cannot look back and appreciate one of her former looks. Back in 1990, the Met Gala was held in December, but that didn’t seem to mind to Campbell. Celebrating that year’s exhibition, Theatre de la Mode, the supermodel showed up to the Gala in a graphic mini dress by Versace.

Azzedine Alaïa and Naomi Campbell had a designer-model relationship like no other. Less designer-muse and more father-daughter, Campbell considered Alaïa to be one of her closest friends, frequently referring to him as her ‘Papa.’ The two met when Campbell was only 16 and remained close until his unfortunate passing in 2017. Above, Campbell is pictured in one of her most iconic Alaïa runway-looks: a sheer leopard-print catsuit, accessorized with ruffle cuffs.

Designer of the Year Awards 1991

In 1991, two years before one of Campbell’s most iconic moments on the runway (falling in nine-inch heels while walking for Vivienne Westwood,) she was strutting in Westwood’s designs off the runway. Above she is pictured wearing the outfit and infamous heels alongside fellow ’90s supermodel and friend, Kate Moss, at the 1991 Designer of The Year Awards. 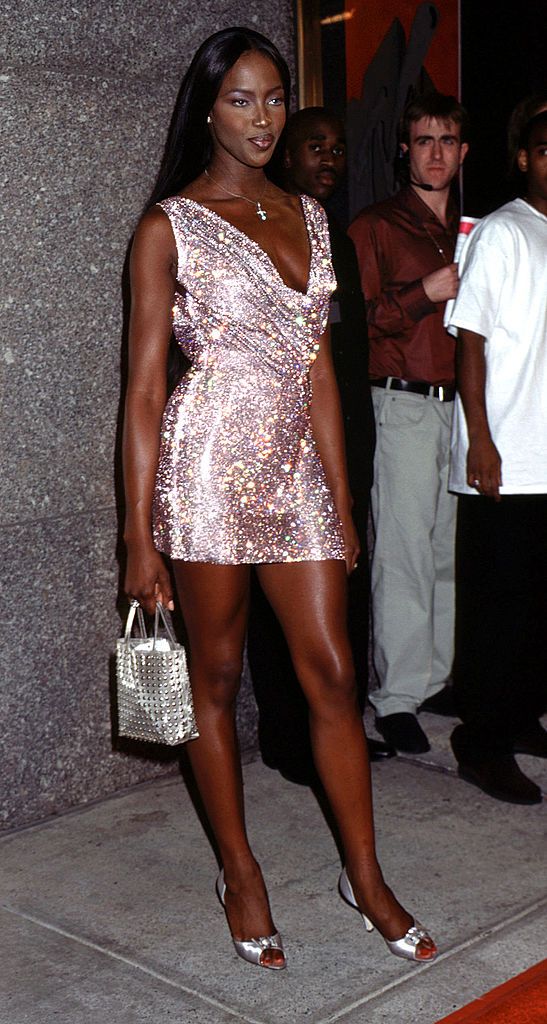 Alaïa wasn’t the only designer to have a very close relationship with the supermodel. Being a muse to Versace, Campbell has walked countless shows for the Italian house. Her relationship with the Versace family is so deep that the model has frequently worn Versace off the runway as well. One of these times was to the 1997 MTV VMA’s to which Campbell wore a sparkly mini dress designed by the Italian fashion house. 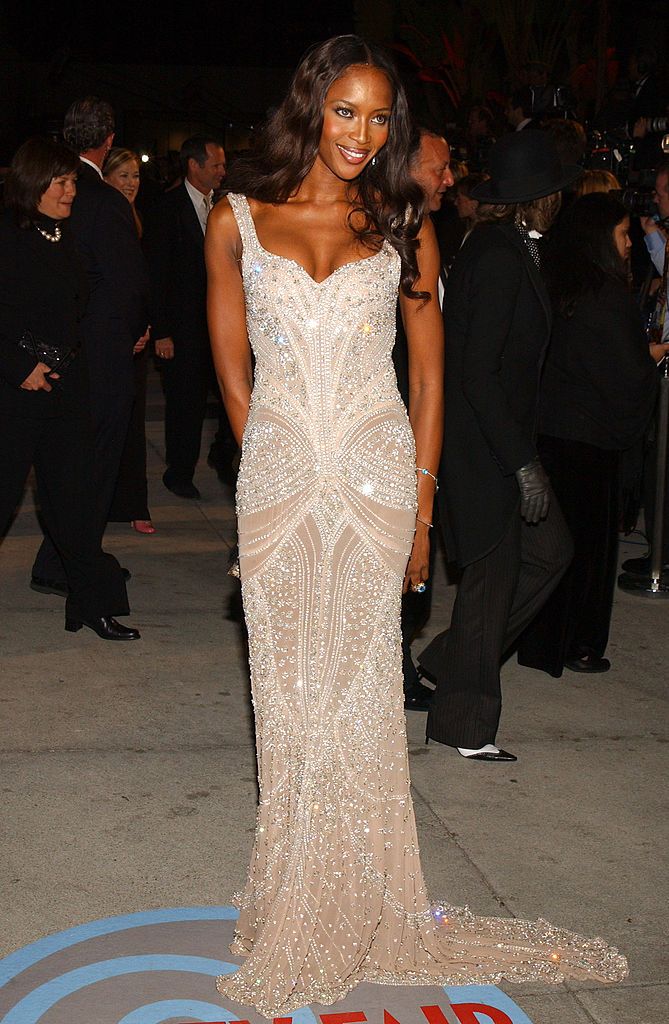 Campbell may not be a movie star, but she sure did look like one when attending the 2004 Academy Awards. Gracing the carpet at the annual Vanity Fair Oscars After Party, Campbell gave us an old Hollywood sparkle in a bedazzled white gown. 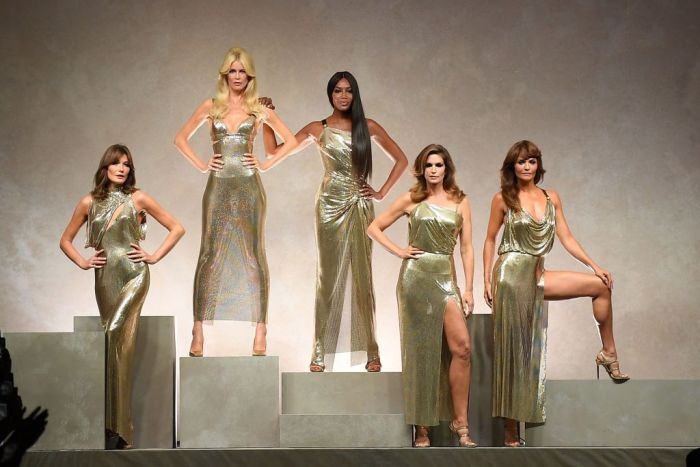 Let’s circle back to Versace for a minute. Taking part in one of the most iconic runway moments of the 2010s, Campbell joined her fellow ’90s supermodels — Carla Bruni, Claudia Schiffer, Cindy Crawford, and Christensen — at Versace’s spring 2018 ready-to-wear show, which was a tribute to Gianni Versace on the 20th anniversary of his death. The five models wore silver dresses as they walked down the runway, joining Donatella Versace as she took her bow.