After I discovered Coco Chanel’s amazing life story, it inspired me to explore other women that changed the fashion industry forever. Today I decided to look into the life story of Elsa Schiaparelli. Schiaparelli is regarded, along with Coco Chanel, as one of the most leading figures in fashion between the two World Wars. Born in 1890 in Rome, Elsa Schiaparelli was a true non-conformist by nature. She was famous for her surrealist designs and for her witty accessories, such as a purse in the shape of a telephone.

Schiaparelli ran away from home to London to avoid marrying a wealthy Russian man whom her parents favored and for whom she had no attraction to herself. There, Schiaparelli fell in love with a charismatic con-man, Wilhelm Frederick Wendt de Kerlor, and they were already engaged the day after they met. On July 21, 1914, they married. At the time, she was 23 and he was 30. After they were forced to leave the UK, the couple fled to America in 1916. There, Schiaparelli briefly worked as a translator.

On June 15, 1920, the couple welcomed a daughter, Maria Luisa Yvonne Radha. Soon after the birth, de Kerlor left, leaving Schiaparelli alone with a newborn. The designer and her daughter left in 1922 to Paris. After encouragement from Paul Poiret, Schiaparelli started her own business. Despite favorable reviews, the business was shut down in 1926. In 1927, Schiaparelli launched a collection of knitwear using a special double layered stitch created by Armenian refugees and featuring sweaters with surrealist trompe l’oeil images. The designs went on to appear on the cover of the French Vogue.

Her second collection focused on sportswear and was named Poul le sport. She was the first to design the divided skirt in 1931, which Lilli Alvarez flaunted at Wimbledon. Schiaparelli also collaborated with Salvador Dali, a collaboration that gave birth to some of the most unique designs that no other designer would have dared to experiment with. Among Schiaparelli’s many contributes to the fashion industry you can find zippers that are matching the fabric, brooches like buttons on clothes, and even the catwalk we see at every fashion show.

In 1954, Schiaparelli retired from the fashion industry closing The house of Schiaparelli. That same year, she published her autobiography, Shocking Life. On November 13, 1973, Schiaparelli died at the age of 83. 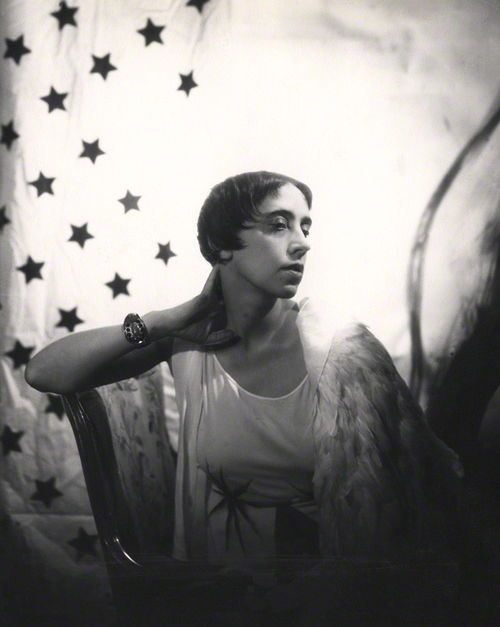 “A successful designer must be a gambler” -Elsa Schiaparelli