Similar to Coco Chanel, Jeanne Lanvin is a fashion designer whose house remains relevant to this day. Lanvin was born in Paris on November 1, 1867, the eldest of 11 children. Back in the 19th century, it was very hard for any female to try and forge a career, as hard as it is to imagine today. Yet, Lanvin managed.

At the age of 13, Lanvin started working as a dressmaker, then, at 16, she became a milliner, before eventually opening her own small millinery shop. With this set of skills, Lanvin began making clothes for her own daughter. The clothes were so beautiful, they caught the attention of a number of wealthy people who requested copies for their own children.

Following the growing demand, Lanvin was born, as a childrenswear label. However, soon after, many mothers began requesting designs that they themselves could wear. Some of the most famous names in Europe were in Lanvin’s clientele.

Within a few years, Lanvin’s business had grown to include women’s wear, home décor, and menswear. However, its most significant expansion came with the creation of Lanvin Perfumes SA in 1924, and the introduction of her signature fragrance, Arpège in 1927. The growth of her business and its spread over many fields made Lanvin the first designer to see the potential of a lifestyle brand.

Jeanne Lanvin was one of the most influential designers of the 1920s and 1930s. Lanvin’s use of intricate trimmings, virtuoso embroideries, and beaded decorations in light, floral, and clear colors became a trademark of the company. Lanvin is the oldest French fashion house still in operation. 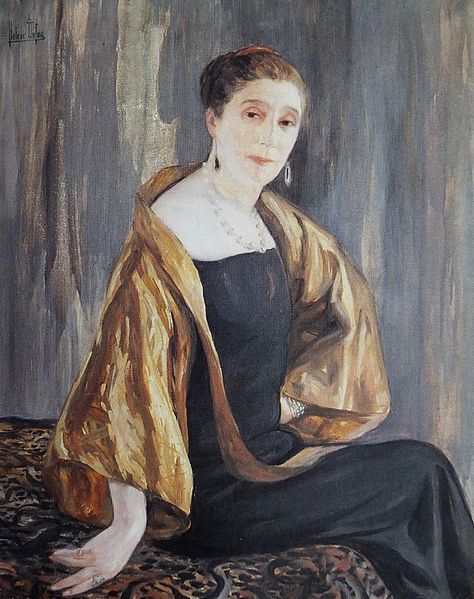 “I act on impulse and believe in instinct” – Jeanne Lanvin