Rihanna has been a powerful force in the fashion industry for a while now. The megastar who became a household name with her very successful music career managed to venture into fashion and become a successful businesswoman. Rihanna breaks glass ceilings and is truly inspiring.

Born in Barbados on February 20, 1988, Robyn Rihanna Fenty didn’t have an easy childhood. Her father was addicted to alcohol and narcotics, which took a toll on Rihanna’s childhood and strained her parents’ relationship. In a 2009 interview with Good Morning America, Rihanna recalled how her father used to be violent with her mother and she would try to break up fights. In 2005, at the age of 17, Rihanna was signed to Def Jam Recordings. As probably known to all, Rihanna found great success in the music industry and is one of the most successful musicians around the world today.

Even in the early stages of her career, Rihanna made her interest in fashion very clear. In 2016, Rihanna debuted her first clothing line in collaboration with Puma, which was met with rave reviews from fashion critics. In the spring of that same year, Rihanna debuted her second collection at Paris Fashion Week and was met once again with critical acclaim.

After venturing to cosmetics with the release of Fenty Beauty in 2017, Rihanna returned to her passion for fashion in 2018. That year, Rihanna launched a lingerie brand named “Savage X Fenty”. The brand saw great success and was met with positive reviews by the public for including plus-size models in the brand’s promotion.

In 2019, Rihanna achieved maybe the biggest achievement in fashion when her fashion brand, Fenty, was launched under the luxury fashion group LVMH. LVMH is the home of many major Houses in fashion such as Louis Vuitton, Fendi, Christian Dior, Givenchy, and much more. Now among them is Rihanna’s Fenty. In her brand, Rihanna produced a range of ready-to-wear, accessories, sunglasses, and jewelry.

Rihanna announced the news in an interview with Business of Fashion on May 2019, saying: “Designing a line like this with LVMH is an incredibly special moment for us. Mr. Arnault has given me a unique opportunity to develop a fashion house in the luxury sector, with no artistic limits.” This remarkable achievement makes Rihanna the first black woman in control of a LVMH House, and the first woman ever to launch an original brand at the conglomerate. The house was launched in a pop-up store on May 22, 2019, in Paris. It was also launched online on May 29, 2019.

There is no denying what Rihanna has achieved is groundbreaking and remarkable, and her future in the fashion industry is bright. We cannot wait to see what she achieves and produce next! 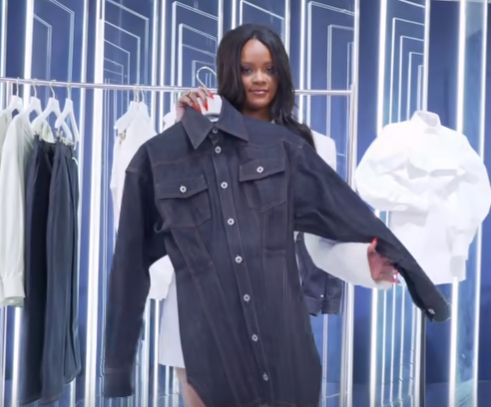 “It’s nice to look back on your life and see things as lessons, and not regrets.” – Rihanna