After discovering the inspiring life stories of Coco Chanel and Elsa Schiaparelli, I decided to continue exploring the lives of iconic women designers that changed fashion forever. This time it’s the one and only – Vera Wang, who is best known for creating some of the world’s most recognized bridal gowns. Besides that, Wang’s empire includes ready-to-wear lines, diffusion lines for Kohls, tuxedo lines, and multiple fragrances, making her a respected, accomplished businesswoman, as well as an incredible designer.

Born on June 27th, 1949, in New York City, fashion designer Vera Ellen Wang enjoyed a comfortable upbringing. Wang was the daughter of wealthy Chinese immigrants, Florence Wu, a translator for the United Nations, and Cheng Ching Wang, an owner of a medicine company. Wang grew up in the Upper East Side and attended the elite ChapinScholl and the School of American Ballet.

Wang was a very talented figure skater, competing professionally throughout her teens. In the 1968 and 1969 U.S National Championships Wang and her partner, James Stuart, placed fifth in the junior pairs competition. In 1971, after her graduation from Sarah Lawrence College, Wang quit skating and began working in Vogue magazine. Within a year, the then 23-year old was promoted to senior fashion editor, a position she filled for the next 15 years. In 1987, Wang left Vogue and became a design director for Ralph Lauren.

In 1989, Wang married her longtime boyfriend, Arthur Becker. Upset with the slim selection of existing bridal wear, Wang sketched her own design. Wang paid $10,000 to get the dress made. The next year, with some financial support from her father, Wang opened her own bridal boutique in the Carlyle Hotel on Madison Avenue in New York City.

Wang received international attention during the 1994 Olympics when she designed a hand-beaded ensemble for figure skater Nancy Kerrigan. Since then, Wang came out with an equally popular line of elegant evening wear, as well as, a collection of couture designs available only at the Manhattan boutique titled – Vera Wang Made to Order. Her designs are sold at over 55 upscale retailers such as Saks Fifth Avenue and Neiman Marcus to this day. In addition, many of Hollywood’s biggest stars are seen at high-profile events wearing Wang’s designs.

Tomorrow, Wang will be turning 70. We wish her all the best and want to thank her for breaking glass ceilings and for her enormous contribution to the fashion world. Happy birthday Ms. Wang! 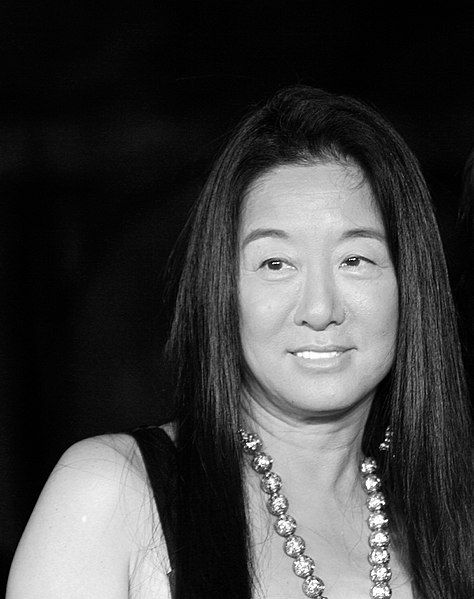 “Success isn’t about the end result, it’s about what you learn along the way” – Vera Wang