Irina Shayk Stuns In A Corset

Irina Shayk has gone through quite the fashion makeover. From someone with some questionable looks in her resume, Shayk has become a style adventurer, delivering with almost every look. Even on the rare occasions in which she misses, it is not the result of a lack of style but because she is not afraid to experiment. Because what is the worst thing that could happen when we play and dare with our clothes? A bad outfit is hardly the end of the world. 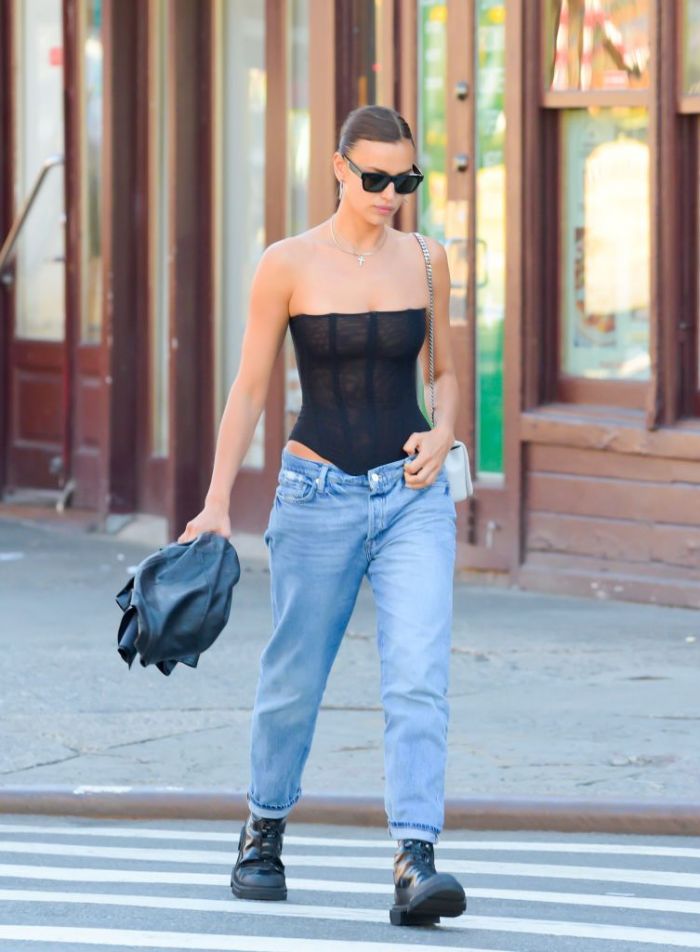 So, yesterday, Shayk was spotted walking the streets of New York City wearing exactly that kind of look. While not everybody might like it, it will attract attention, and you can tell that much thought has been put into it. This particular look combines two recent trends in a clever, thought-provoking way. The first trend visible in this look is the corset. If you’ve been on TikTok, you’ve likely noticed that every other video features someone from Gen Z wearing a corset top. So much so that they have made a couple of options promptly sell out at Amazon.

Shayk wore an Are You Am I corset top that looks nearly identical to the $30 one from amazon, which TikTok is obsessed with. The supermodel even matched her top in a very Gen Z manner, combining it with this other trend. Shayk matched her corset top with low-rise loose jeans and made us rethink our stand on this trend. She further completed her look with combat boots, a leather blazer, pulled-back hair, and a white Burberry bag. Corset tops are not only sexy but also surprisingly versatile. As Shayk proves, you don’t have to pull a Bridgerton-inspired look every time you wear one. And while there are plenty of expensive corsets out there (Shayk’s is nearly $300), you can find more affordable options elsewhere and for as little as $7 on Amazon. So, what do you think of this trend? Will you join in? Or is it a pass for you?