Is The Rise In Injuries Connected to COVID-19?

Injuries are, of course, an every-season occurrence and expected. But the NFL’s unusual offseason, which was altered significantly because of the COVID-19 pandemic, has added a different layer to how injuries appear to be occurring during the 2020 NFL season. Throughout the course of this season, there has been a sharp increase in soft-tissue injuries — and specific ones, such as ruptured Achilles tendons, appear to occur at fairly alarming rates. Well, as it turns out, there appears to be a direct connection between the lack of a typical offseason program and the increased soft-tissue injury rate.

Dr. Lyle Cain, who is an orthopedic surgeon and sports medicine specialist at the Andrews Sports Medicine & Orthopaedic Center in Alabama, has studied the data — in both college football and the NFL — to this point and believes there’s a clear connection. “Back when COVID was getting started in March, April, May, most of us were worried about soft-tissue injuries — hamstrings, Achilles and things like that, where you have to have a certain amount of elasticity and tissue compensation built up in your system to be able to handle really quick, explosive movements,” Dr. Cain told Yahoo Sports. 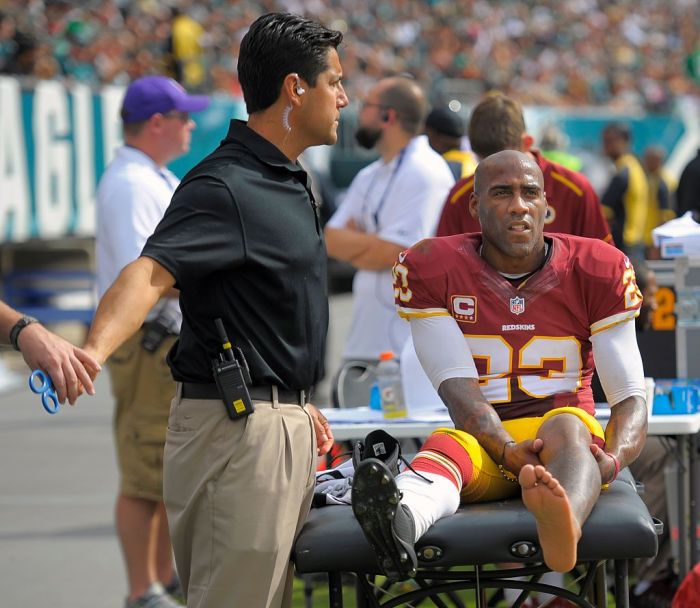 “We’ve certainly seen that. There probably have been more soft-tissue injuries to date in college and NFL than we normally see this time of year.” Several studies on the incidence of Achilles injuries have shown it has gone from a fairly rare occurrence to a surprisingly more common one. One study showed that between the 1997 and 2002 NFL seasons, there were a mere 31 Achilles tendon ruptures — an average of 5.2 per year — with 35 percent of those occurring during the preseason. In 2020 alone, we’ve officially had 15 NFL players go down with Achilles-related injuries. Of those 15, only one — Baltimore Ravens cornerback Jimmy Smith — is not on injured reserve. The absence of a standard run-up to the season appears to be a major contributing factor. The NFL closed all team facilities before training camps opening and canceled the entire preseason.

“Realistically, in the NFL and college football, not having that spring and summer prep — for the NFL, the OTAs, and minicamps — [losing] all that preparation time they have, I think it’s probably very detrimental for their injury risk. They just hadn’t done football-related activities for so long. It doesn’t matter how hard you train, you can try to simulate that as much as you want in a training room, but it’s really difficult to simulate football unless you’re playing football,” Dr. Cain said. Hopefully, as Dr. Cain predicts, this trend will wane down as this season go on.