Julia Michaels Opens Up About Her Anxiety

Julia Michaels started her career in the music business behind the scenes as a songwriter, penning hits for other artists. So, when she finally stepped into the spotlight as a singer, it was no surprise that she produced some hits of her own. However, the feeling that comes over Michaels when she takes the stage to perform might come as a surprise to her fans. That’s because, despite appearing at ease behind the mic, the 27-year-old songstress suffers from intense stage fright.

However, those same fans are the ones who helped Michaels find a way to get through it. During a Wednesday morning visit to the TODAY show, Michaels explained that when she wrote her 2017 hit Issues, she knew she’d have to step into the spotlight directly, even though she struggled with anxiety and depression in the past. “I was just like, ‘I don’t know if I feel comfortable having somebody sing something so intimate about me,’” she recalled thinking at the time. Then she discovered how uncomfortable she felt performing the single.

“Yeah, it was pretty wild,” Michaels told TODAY’s, Carson Daly. “All of the sudden, I was on these stages that I wasn’t familiar with, opening for people in stadiums. It was pretty horrifying; I’m not going to lie.” When Michaels performed Issues at the 2017 Billboard Music Awards, one of her first live performances ever, she suffered a panic attack on stage. “I literally turned around and was like, ‘I can’t breathe,’” Michaels said. That was in May, and by August of that same year, Michaels performed in front of another huge crowd at the MTV Video Music Awards. That’s when she found an unexpected coping mechanism. 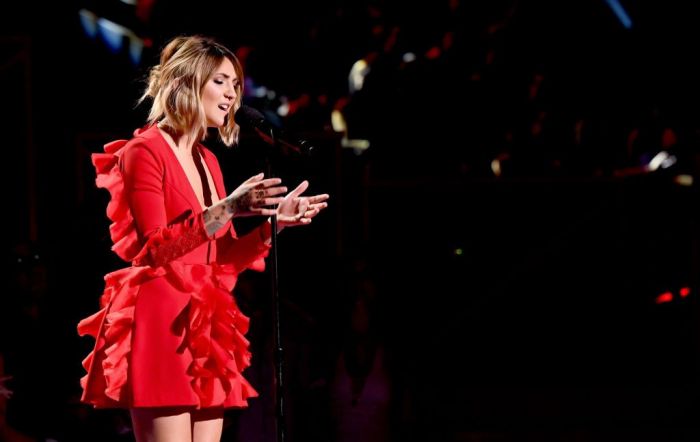