When I was a little girl, I loved reading fairytales. From Cinderella to Snow White, I fantasized about being a princess and riding to the horizon with my knight in shining armor. Looking back at this time of my life, I can say that my love for fairytales has negatively affected my romantic life. See, fairytales always end with the saying: “And they lived happily ever after.” Being a little girl, I interpreted it that the princesses never fought with their beloved. I thought it meant they stayed and lived in eternal bliss. Unlike in fairytales, the couples I saw on TV and in the movies who argued ended up divorced, drunk, or unfaithful. They all seemed unhappy and miserable. These contradicting portrayals made me believe that a good relationship meant living in eternal bliss and that if my partner and I got in a fight, we were doomed. Now, looking back, it’s safe to say that this mindset harmed my romantic life. 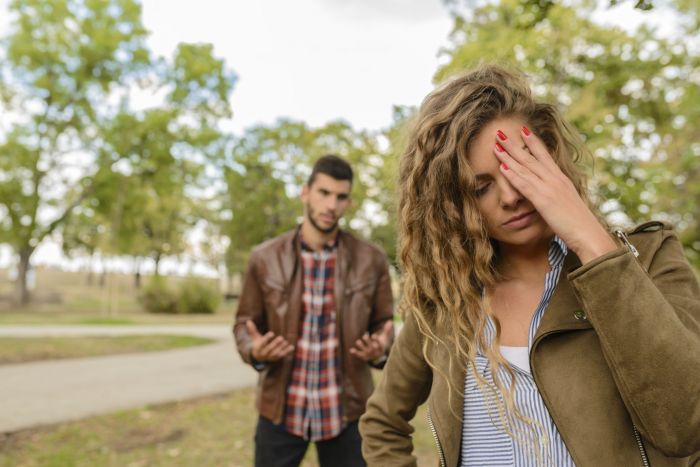 Having such an unrealistic expectation, set me up to fail in many of my earlier relationships. I feared to fight with my partner, so I sied away from confrontation. I didn’t always express my opinion, surrendered to my partner’s wishes and desires. I wasn’t myself. It was a long time of living like that, of loving like that, before I realized that arguments and dissatisfaction at times is a normal part of every relationship. I am allowed to argue. I am allowed to express my opinion, even if it contradicts my partner’s. I am allowed to know what I want and stand for it. Disagreements are natural in any kind of relationship – there’s no way around it. The trick is to come back from it stronger than before; to tackle an issue and talk it through. As I wrote, fighting is inevitable. We have to understand that life isn’t a movie or a fairytale, fighting is a natural part of any relationship, and it doesn’t mean it had come to an end.