Have you ever moved to a new neighborhood or city, or even to a new country, and wondered how to meet new people? In the past five years alone I have moved to three new cities, and each time I have been faced with this dilemma. When we were younger, it wasn’t really something we thought about. We’d go to school, and just start chatting to whomever we were playing with. Interests aligned and bam – a new bff.

As adults, things aren’t quite as easy. We’ve got years of life experience under our belts, and are more aware of our surroundings. We don’t want to make a fool of ourselves, we want to make a good impression, and at the same time, we never want to seem too keen. Kids in a playground can just walk up to another kid and ask to play with them. It would be a bit weird if as an adult we just walked up to one another in a coffee shop, or grocery store and asked to be friends. The recipient would more than likely raise an eyebrow, and think you’re weird. 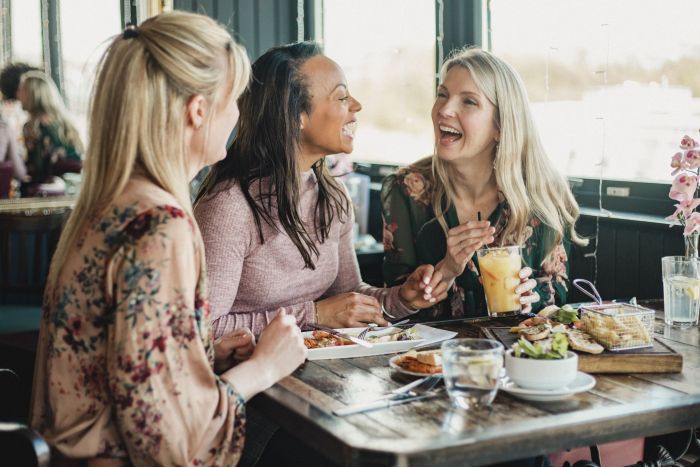 It’s not that people aren’t nice. Each time I relocated I met some really nice people either at work, or a local studio. I wanted to ask people if I could hang out with them, but that voice in my head piped up “well, they probably already have their own friends”. After some time in one city, I plucked up the courage to ask a colleague to go for a drink. In another city, I eventually was brave enough to arrange a lunch date with someone from work.

That first drink/movie/lunch was great, and I wanted to do it again. That’s when it occurred to me: making friends is exactly like dating. The first time you meet up outside of your usual environment, it’s almost like a test, to see if you do get along, and if you want to meet up again. After those first ‘dates’ I almost felt giddy with happiness, and then filled with instant doubt of “wait, will they want to meet up again? Did they enjoy it as much as I did?” Either way, once I made that connection, I realized I have nothing to lose. Like dating, you’ll never know until you ask, and I’d rather regret asking than never knowing.