Ever since the 1990s, Mariah Carey has been blowing people’s minds with her larger than life voice. Her impressive five-octave vocal range and signature whistle register made her an icon and a legend in the music industry. However, music isn’t the only field in which Carey excels.

Very early in her career, Carey also established herself as a fashion icon. From her sparkly gown era to crop tops, there is never a dull moment when it comes to Carey’s style. In honor of Carey’s 50th birthday, I am taking a look back at some of her best looks throughout the years. So, without further ado, here is the fashion evolution of Mariah Carey. 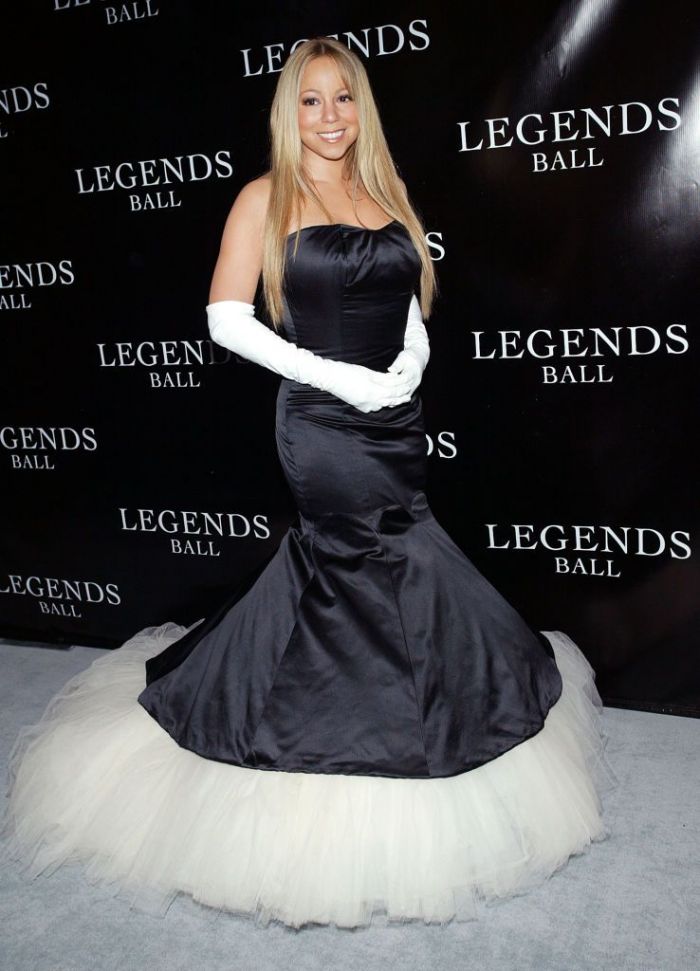 At Oprah Winfrey’s Legends Ball, Carey opted for a strapless black gown, which featured tiered tulle trim along the bottom. The singer completed her look with white gloves.