Miss America Is No Longer About The Physical

Every September, since 1921, fifty-one beautiful women across America compete for the crown to Miss America. Part of this competition has always included being judged on physical appearance.  However, something really, really great happened recently. Believe it or not, Miss America’s swimsuit portion will no longer be a part of the competition. This is major for the contest.

When the Miss America beauty pageant first emerged, it was all about bathing beauties. Which means basically that contestants were judged merely on their looks and bodies.  The first woman to ever win the competition was in fact referred to as The Most Beautiful Bathing Girl in America. The contest has of course evolved since then, having added a talent and question aspect. However, the evening gown and swimwear categories reduced women to their looks.

The chairwoman of Miss America, Gretchen Carlson has announced that the event will no longer be having a swimsuit contest and that contestants can wear whatever they please during the evening gown portion. 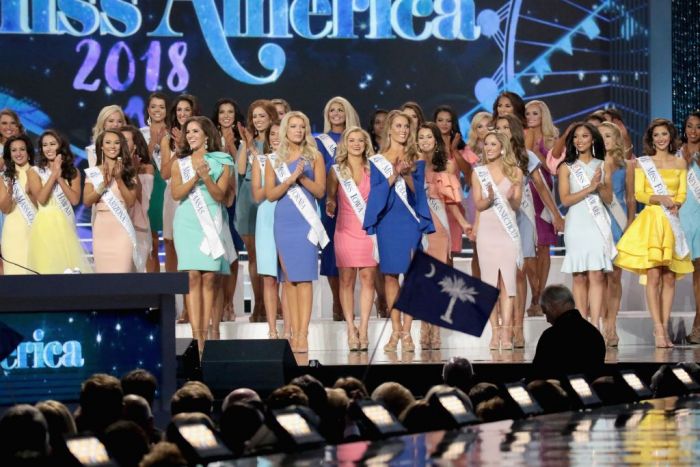 Carlson claims that the competition is ready to embrace contestants all of shapes and sizes, which if you look at Miss America history, body inclusivity is a very new concept. Last year, the previous leaders of the organization resigned after it was revealed in the press that they had sent emails to each other discussing the weight and sex lives of the contestants. This is (hopefully) the start of a much more respectful and less sexist era ahead of us.

In December, the previous leaders of the Miss America Organization resigned after the Huffington Post revealed that higher-ups and employees had exchanged emails in which they discussed the weight and sex lives of contestants.

Hopefully, this is the ushering in of a brighter, more respectful, and less sexist era. The new three female leaders are all former Miss America pageant winners, and we are so incredibly grateful that they are finally catching up with the times, understanding that a woman’s worth is not based on the dress she’s wearing and the size of her body. It’s based on her intellect and her drive to help improve society.