Naomi Osaka Refuses To Do Press

Four-time Grand Slam winner Naomi Osaka announced on Wednesday that she would not participate in any press conferences during this year’s French Open. The No. 2-ranked women’s tennis player explained her decision as protection of her mental health. The tennis star posted the news on social media saying, “I’ve often felt that people have no regard for athletes’ mental health and this rings very true whenever I see a press conference or partake in one.”

The 23-year-old player further explained her decision, saying: “We’re (athletes) often sat there and asked questions that we’ve been asked multiple times before or asked questions that bring doubt into our minds and I’m not just going to subject myself to people that doubt me. I’ve watched many clips of athletes breaking down after a loss in the press room and I know you have as well,” Osaka continued. “I believe that whole situation is kicking a person when they’re down and I don’t understand the reasoning behind it.” Osaka also added that her decision was “nothing personal to the tournament,” or to the press, with whom she generally has a friendly relationship. 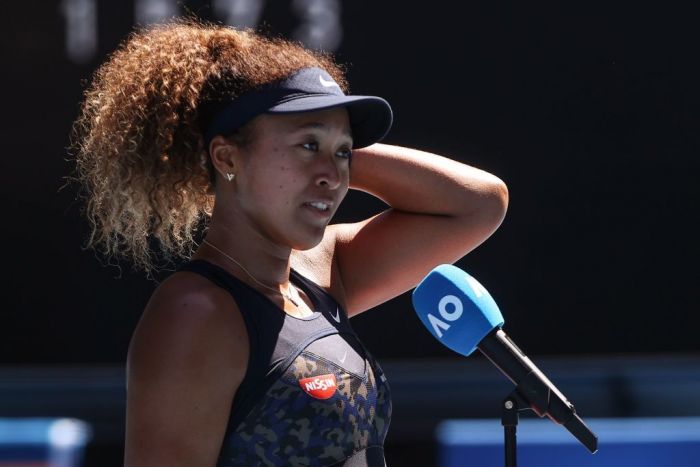 Osaka ended her statement by acknowledging the fine she’d have to pay for her actions and hoping that the money would go to a mental health charity. According to ESPN, pro tennis players can be fined up to $20,000 for skipping a news conference at a major tournament, and the official Grand Slam rulebook states that players are mandated to attend post-match media conferences unless they are injured or physically unable to appear. Osaka also included two videos in her post. The first featured 14-year-old Venus Williams being pushed by a journalist about her confidence, forcing her father to step in. The second video featured former Seattle Seahawks player Marshawn Lynch answering all questions directed at him during a Super Bowl Media day in 2015 with “I’m here so I won’t get fined.”

Osaka’s announcement received positive support from some journalists, celebrities, brands, and Venus Williams herself, who commented on Osaka’s Instagram post with “Girl, do you. Your life is yours to live!” People also criticized her, however, for trying to avoid what is considered a part of her job. Today, with the beginning of the tournament, we will have to wait and see how this issue unfolds. What do you think of Osaka’s decision?