Yesterday, the men’s singles French Open final took place in Paris, France. Anticipation was sky-rocketing as world’s number one and two, Novak Djokovic and Rafael Nadal respectively, battled for the Grand Slam championship. It was quite possibly Nadal’s finest performance at Roland Garros, overwhelming the world’s No.1, 6-0, 6-2, 7-5, to equal current world No.4, Roger Federer’s record of 20 Grand Slam singles titles. Previous to this victory, Nadal had already won 12 Grand Slam singles titles on the same rectangle of red clay. 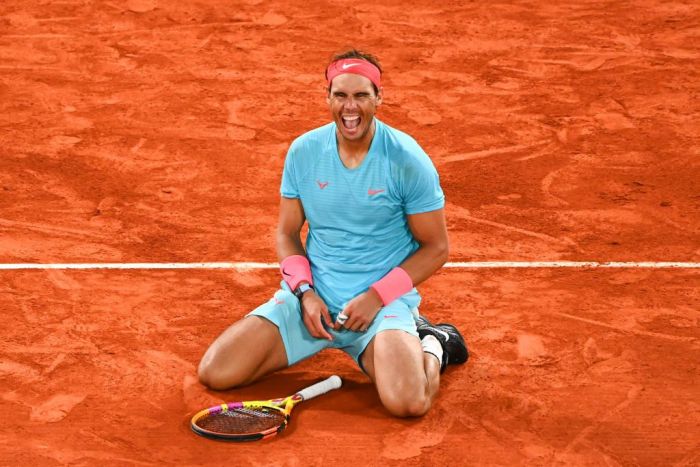 Nadal was in great focus from the opening game, breaking Djokovic’s serve under the closed roof at the Philippe Chatrier Court. Nadal, 34 years old but still an irresistible force, ripped groundstrokes with depth and purpose, hunted down drop shots, read Djokovic’s mind and serve, and kept his unforced errors to a strict minimum (making only two in the opening set and 14 in the whole match).

Djokovic, the 2016 French Open champion and one of only two men to beat Nadal at Roland Garros, defeated Nadal in their last three Grand Slam matches. Most recently was the 2019 Australian Open final, where Djokovic overwhelmed Nadal, 6-3, 6-2, 6-3, in what Djokovic still maintains was the finest performance of his career. But, that match took place on a hardcourt, Djokovic’s best surface, at the major tournament he has won most often. Sunday’s payback came in Nadal’s kingdom. 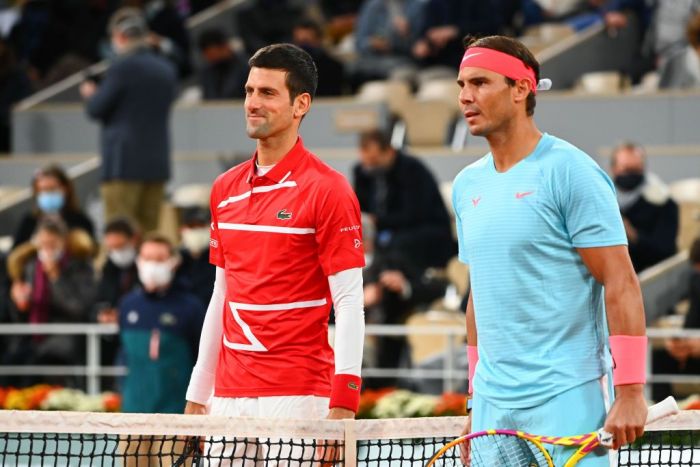 Nadal said: “As you know, I am not a big fan of revenge. I just accept when the things are not going the way that I like. In Australia, he played amazing. Today was a little bit the opposite.” Nadal and Djokovic have faced each other 56 times: the longest men’s rivalry of the Open era. Djokovic leads by the narrow margin of 29-27.“Today, you showed why you are the king of clay,” Djokovic said during the awards ceremony. “I experienced it in my own skin.”

Nadal did not drop a set in seven matches, and Sunday’s victory was his 100th in a match at Roland Garros. That would certainly have been the number of the day if not for Federer’s record. Nadal and Federer have been respectful rivals for more than a decade, playing some of the most memorable matches in the game’s long history. Federer, 39, is nearly five years older than Nadal and had always been ahead of him in the Grand Slam chase. Until Sunday. On the achievement and the chase, Nadal said: “I am a big fan of the history of sport in general. For me, it means a lot to share this number with Roger.”

“As my greatest rival over many years, I believe we have pushed each other to become better players,” Federer said on Twitter shortly after Sunday’s final. Nadal’s 20th title will deepen the conversation about who deserves to be considered the greatest men’s player of the Open era, and perhaps even in the history of the sport. But, one thing is for sure – Sunday’s match was a phenomenal event of great tennis, and I, for one, can’t wait to see more of these in the future.