Saying I Love You

I never really understood the big deal about saying ‘I love you’. So much fuss surrounds these ‘three little words’. Hollywood movies and TV shows always amp up the scenes when a couple says it for the first time. It’s almost as if that saying it to your partner means you’re more likely to get hurt, or suddenly things become more serious. But, why? Surely it’s the emotion itself that changes things rather than saying it out loud.

When my ex told me he loved me, he said it so flippantly, and what I felt was way too early in the relationship. No big deal was made about it, we just carried on. Obviously, I was very aware that I hadn’t said it back, regardless of whether he’s realized or not. I wanted to make sure that he knew that I felt the same way, so a few days later I managed to muster up the courage to say “you know I love you too, right?” He just said yes and shrugged.

This here was the difference between loving someone and being in love with someone. It’s very easy to love someone or something, we do it all the time. We love our favorite foods, and we love our friends. There’s a reason this story began with ‘my ex’ and not ‘my current partner’. As it happens, things were a little different with my current partner. We’d only been together for a whirlwind few weeks, until one morning, he looked me straight in the eyes and said “I think I’m in love with you.” 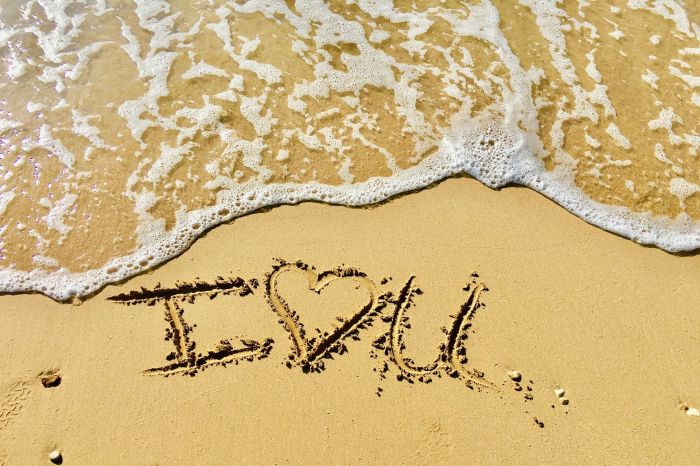 When they say the world stood still, it honestly felt that way. I can still remember looking at his light brown eyes and feeling like I was looking into giant craters that would swallow me up. I didn’t know what to say, because I wasn’t even sure what it meant to ‘be in love’; this was the first time I was experiencing it. If I’m being honest, I don’t remember the first time I told him how I felt, but I will always remember those eyes when he told me.

You may also like
TAG
Sustainable Fashion Promoting the idea of 'circular fashion'
Penelope Trent
TAG
It's Important To Have Hobbies They boost your confidence and can help reduce stress
Laura Lee
TAG
Eating, The Healthy Way Focusing on the 'how' and not just the 'what'
Alexandra Wade
TAG
Left-Brained Or Right-Brained Can I be both logical and creative?
Keith Donnelly
TAG
I Have No Regrets Except maybe that chocolate binge last night
Ariella Jacobs
TMT Live Preview
geoedge-origin-div
gesource
geparentscriptid
getagid
bidswitch.net%2Fpreview
riskiq