Selena Gomez is one of the biggest stars in the world. The starlet burst onto the scene when she was merely 15 years old in the role of Alex Rosso on the Disney series Wizards of Waverly Place. Since then, Gomez has established herself as an actress, producer, and singer. Gomez also proved that she is more than just a beautiful woman, and has used her platform to raise awareness of many issues, one of which being depression.

I know I’m late to the party, but two months ago, Selena Gomez announced that she no longer has Instagram on her phone. Gomez was the most followed person on the platform until December of 2018, when she was dethroned by Cristiano Ronaldo. She is currently the fourth most-followed account and the third most followed person. In an interview on Live With Kelly and Ryan, Gomez explained her decision, saying: “It’s just become really unhealthy, I think personally for young people, including myself, to spend all of their time fixating on all these comments and letting this stuff in. And it was affecting me. It would make me depressed, it would make me feel not good about myself and look at my body differently and all kinds of stuff.” 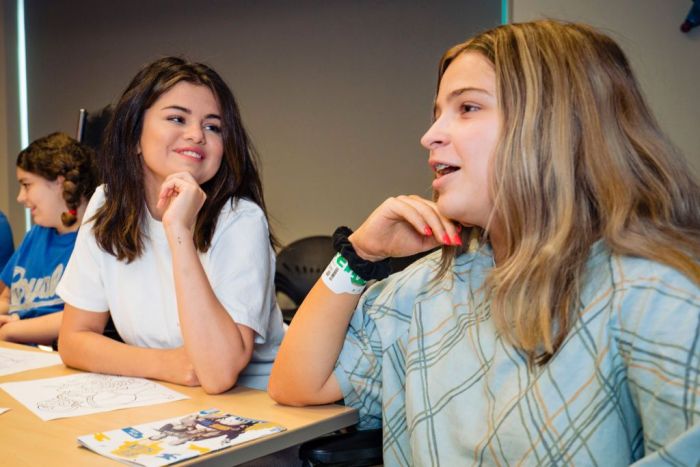 I have to applaud Selena Gomez for opening up about this matter. Her feelings are all too familiar to a lot of people, including myself, who found the platform to be a damaging and toxic one. I myself have dealt with the pressure of gaining more followers and likes. Feeling like I need to prove to people, and myself, that I’m loved and accepted. I had to, and still have to, work hard to remind myself that I need to love myself first, to know my worth, that Instagram isn’t real life.

According to NBC News, a national survey found that mental health issues have risen significantly over the last decade and the rise of digital media may be one reason why. Though we know that what we see on Instagram isn’t the real world, the pressure and the comparisons that come with seeing only the glamorous sides of others’ lives can be dangerous.

In the survey mentioned above, which was concluded by the American Psychology Association. The survey found that a sharp increase in the number of young adults and adolescents who reported experiencing symptoms like depression and anxiety started in 2011 – around the same time in which social media started to gain popularity. It seems Instagram has taken this into account, as it recently began testing a like-less version of the app. By doing so, Instagram might help with the constant comparisons and stress to get a higher number.

To conclude, I want to thank Selen Gomez yet again for raising awareness of the issue and speaking up. It is not taken for granted!