In honor of Selena Gomez’s 27th birthday today, I decided to take a trip down memory lane and see how much her fashion has evolved. Gomez has made a successful transition from a child actress to an international pop sensation, actress, producer and ambassador for some of the biggest brands. Gomez’s style evolved to follow suit, as the Disney Channel alum has turned from a young child actress to a scene-stealer at the red carpet.

From her early teenage skater aesthetic, Gomez has definitely matured into a chic-meets-sexy style that made it very clear she is all grown up. Her major influence, exposure, and great style has made Gomez a trendsetter and has earned her a spot in the new wave of fashion icons.

Below, see Selena Gomez’s incredible style transformation over the years. 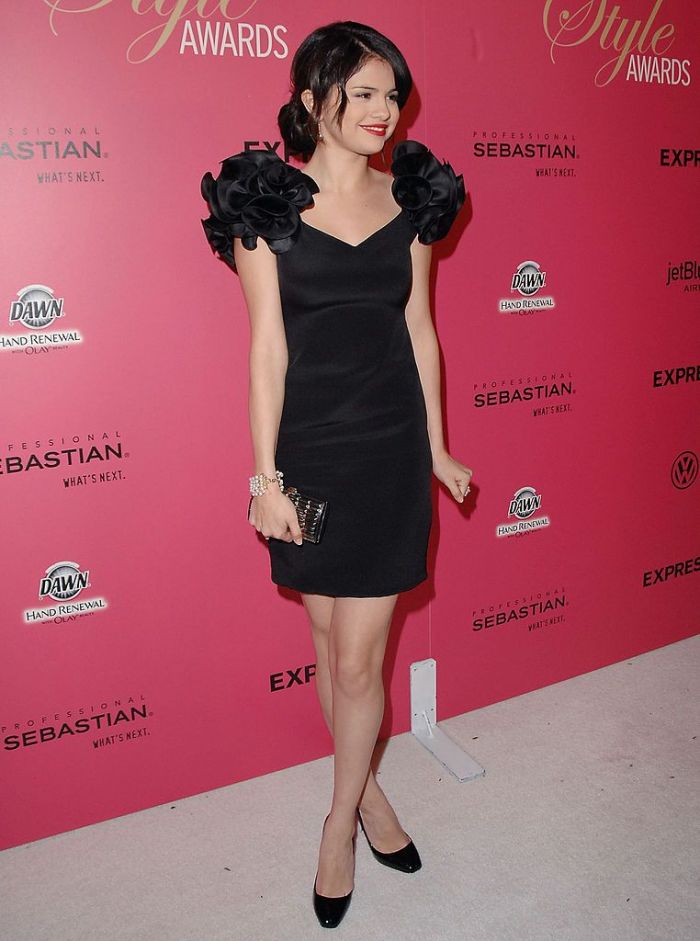 The beautiful singer stole the show with a silver Dolce & Gabanna gown which featured beaded embellishments at the 2012 Vanity Fair Oscar Party.

Gomez stunned yet again in a detailed strapless gown at the Venice Film Festival for the premiere of her 2013 movie, Spring Breakers. 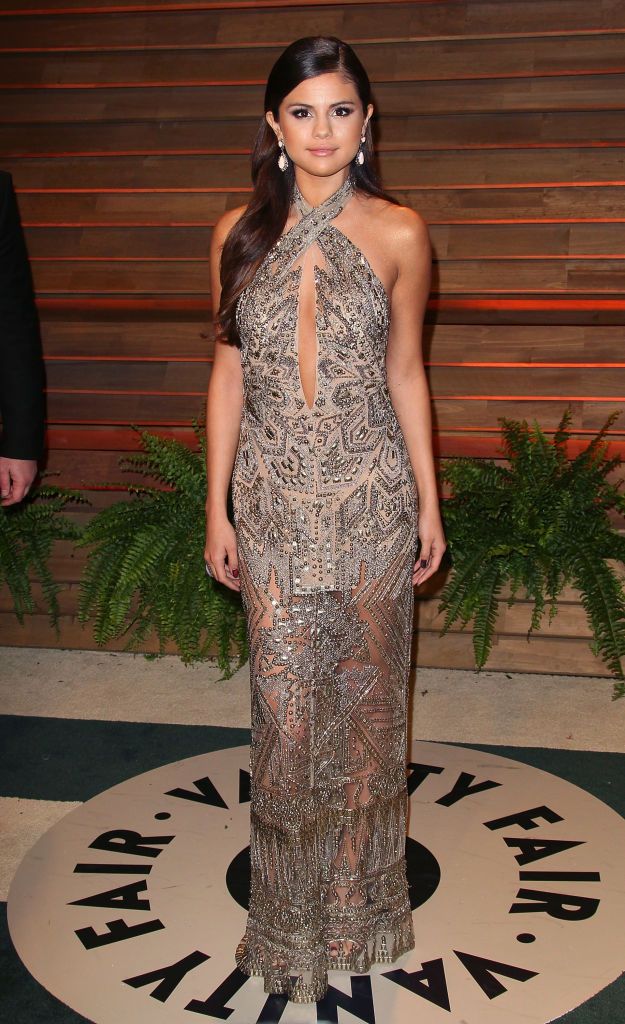 In 2015, Gomez was one of the stars chosen to sing at the Victoria’s Secret Fashion Show. On the pink carpet, the beautiful singer sported a custom black Louis Vuitton dress. The maxi dress featured a plunging neckline and a thigh-high slit. Gomez paired the super sexy look with black strappy heels and a thin black belt. The soft smokey eye and glossy lips completed this amazing look. 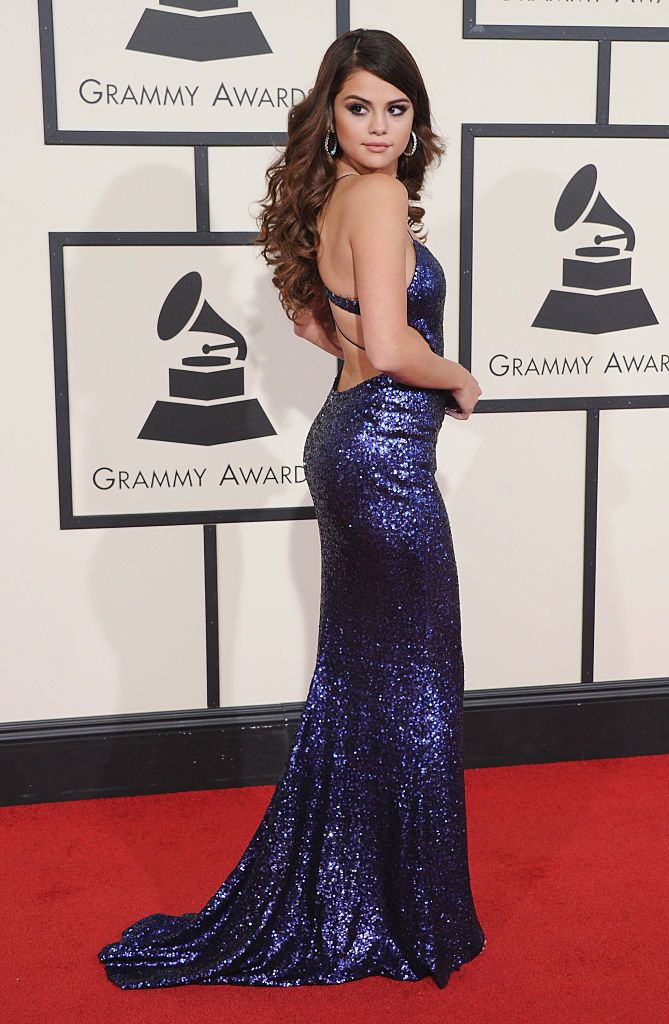 The starlet attended the 2016 Grammy Awards and dazzled in a sparkling navy Calvin Klein blue gown that featured sexy cut-outs.

At the 2016 MET Gala in NYC, Gomez was styled in a Louis Vuitton gown that featured a black leather bralette and matching boots. The look landed Gomez on almost every best-dressed list. 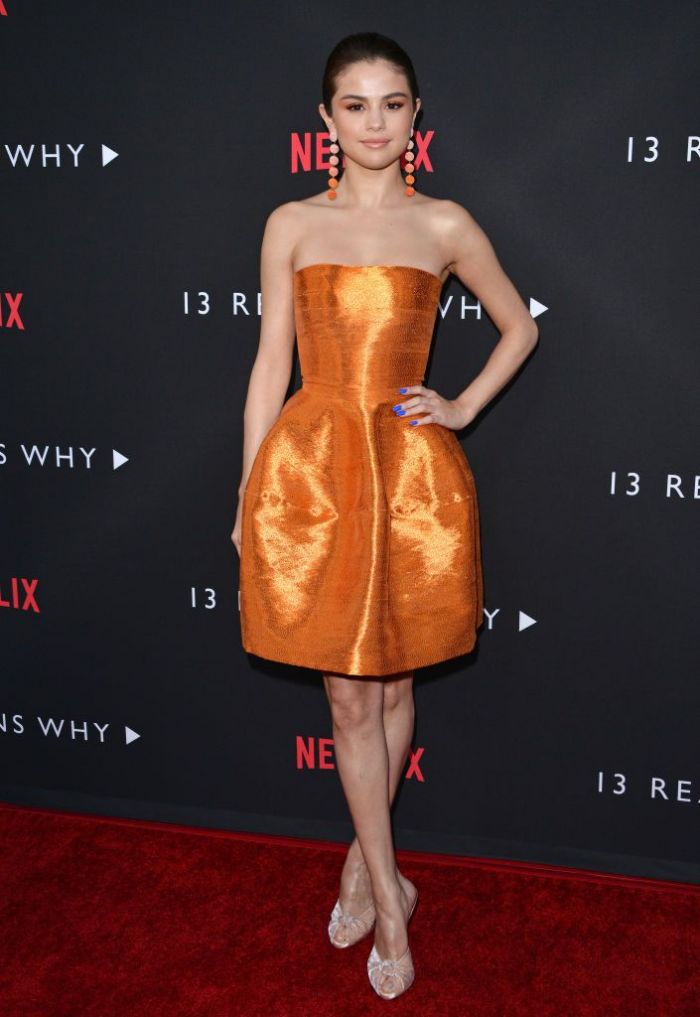 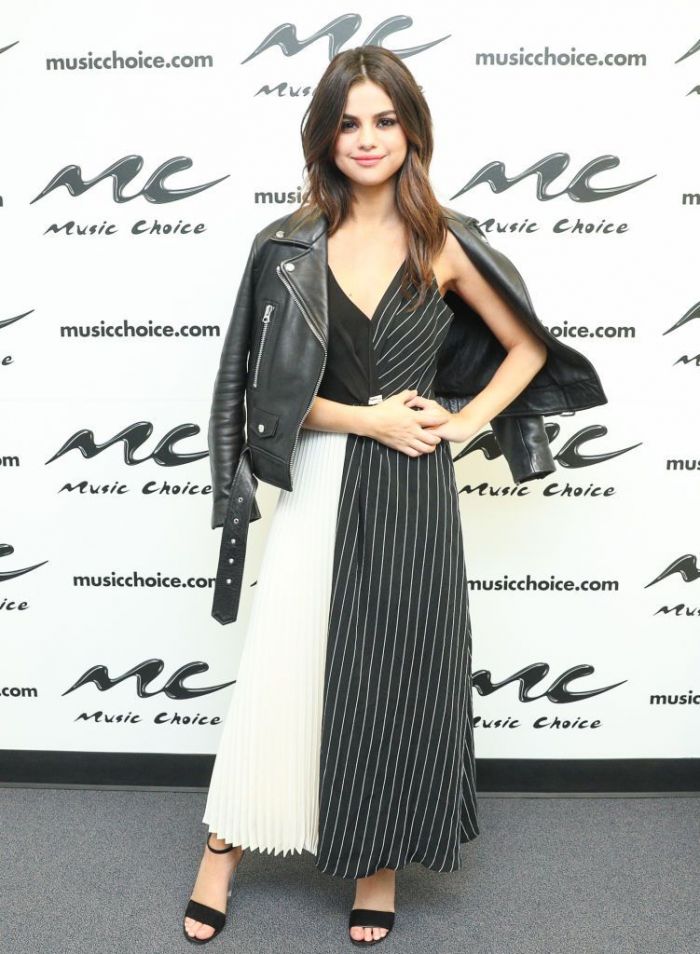 In this chic look, Gomez stunned in a black and white asymmetrical dress and a perfectly placed black leather jacket. 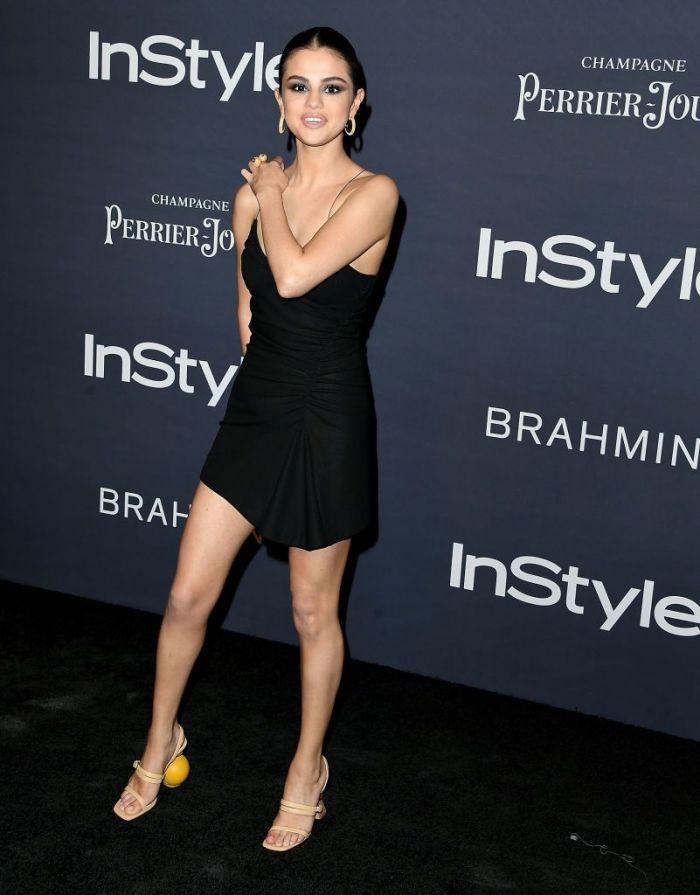 To the annual InStyle Awards in October 2017, the singer wore a pair of mismatched Jacquemus heels on purpose, one featured a yellow ball and the other wooden blocks. Gomez matched the heels with a sexy strappy black mini dress and gold hoop earrings. 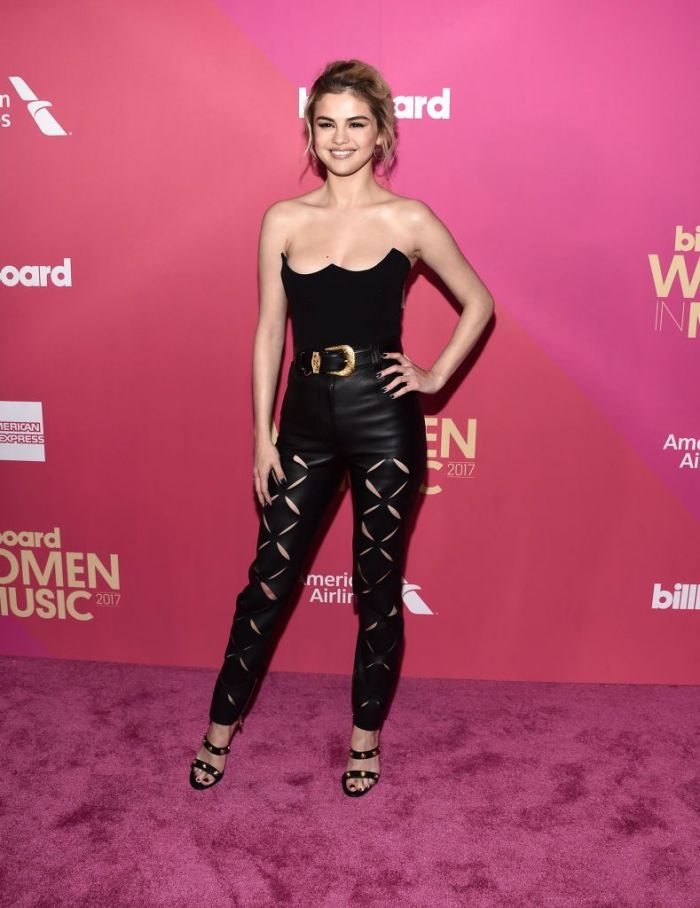 To accept her Woman of The Year award at the Billboard Women in Music Awards, Gomez wore a Versace bustier with elevated leather slacks and looked stunning. 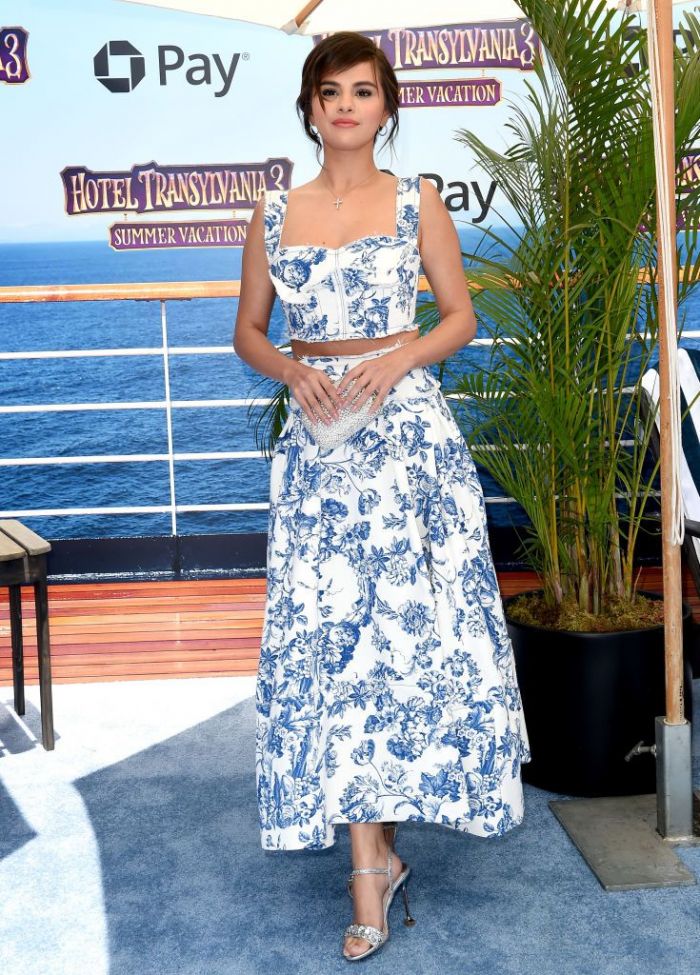 Gomez looked stunning in this floral two-piece by Oscar de la Renta at the movie premiere of Hotel Transylvania 3. The starlet completed the look with silver Prada sandals.

I know Selena Gomez has a lot more in store for us, and I can’t wait to see her style grow and evolve. Keep doing you, Selena! Happy birthday!