Simone Biles is one of the greatest athletes in the world. That is a fact, as Biles got the receipts to back it up, being that she is the most decorated gymnast (male or female) of all time, as of 2019. With 30 Olympic and World Championship gold medals, Biles has been dominating the gymnastics field for eight years – and is showing no sign of slowing down. Achieving everything that she has, the Olympic champion doesn’t rest on her laurels, constantly debuting new skills and abilities and making history in the process. 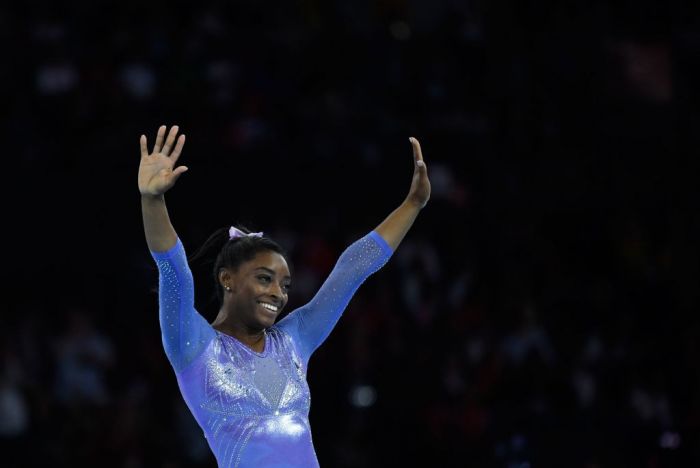 On May 23 at the U.S. Classic, her first competition since 2019, Biles performed a move that no women and few men had ever attempted in competition. Biles pulled off the Yurchenko Double Pike, one of the hardest moves for any gymnast to maneuver. According to NBC Sports, the move, called a Yurchenko double pike, consists of a round-off onto the springboard, a back handspring onto the vaulting table, and traditionally, a single flip. Biles added difficulty by including a second backflip done in a pike position. Biles became the first female gymnast in history to ever complete it.

Despite the historic feat Biles accomplished, her performance received a score of only 6.6 from the judges, to the disbelief of many. In the sport, judges rate gymnasts on a scoring system that takes into account the difficulty of the moves they perform. It has been speculated that this move has a low starting score for tactical reasons. Partly to deter other gymnasts who do not match Biles’ ability from attempting the dangerous move, and partly to ensure that Biles does not score far beyond her peers by performing challenging moves other gymnasts cannot risk.

THE QUEEN HAS SPOKEN 👑

“I feel like now we just have to get what we get because there’s no point in putting up a fight because they’re not going to reward it,” Biles told The New York Times. “So we just have to take it and be quiet.” “They’re both too low and they even know it,” Biles added of her scores in the Times interview. “But they don’t want the field to be too far apart. And that’s just something that’s on them. That’s not on me.” Biles is lauded by many as the greatest gymnast of all time and has earned that title with unprecedented skill, innumerable hours of training, and physical strength and power the sport has never seen. What makes her success even more engaging to witness is that she is unapologetic in her talent. We cannot wait to watch her at the 2021 Tokyo Olympics.