Simone Biles made an exciting return to the 2020 Tokyo Olympics for the first time since the team final event to compete for an individual medal on the balance beam. It was her last chance to make an Olympic podium in Tokyo after she had withdrawn from five other individual event finals. Biles also had to adapt her routine to work around a case of the “twisties,” a phenomenon gymnasts experience in which they feel a disconnect between their body and mind while performing skills that include twists. 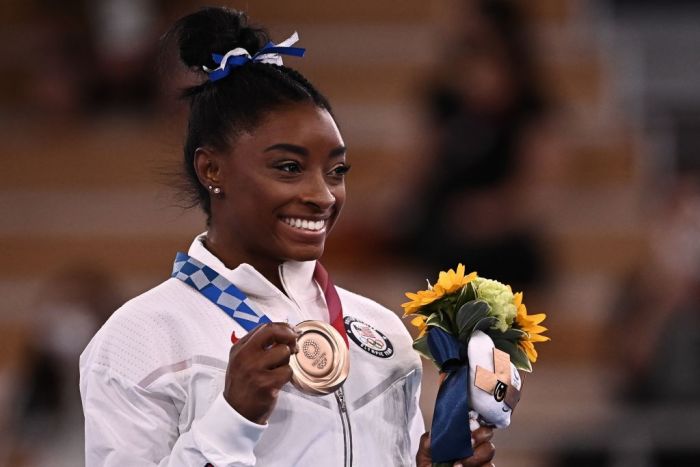 The solution was to ditch the full-twisting double-back tuck Biles has performed as her beam dismount for years and replace it with a double-back pike that she hadn’t competed or trained consistently before these Games. Despite just recently switching to the piked dismount, the 24-year-old executed it perfectly off the beam and had only a hop backward on her landing. Biles delivered a steady, strong routine. China’s 16-year-old sensation Guan Chenchen (14.633) won gold, and her teammate Tang Xijing Tag (14.233) took silver. Biles, who entered with just the seventh-highest qualifying score, finished third with a 14.000. This is Biles’ second bronze medal on the event, after she also finished third on beam in Rio in 2016. 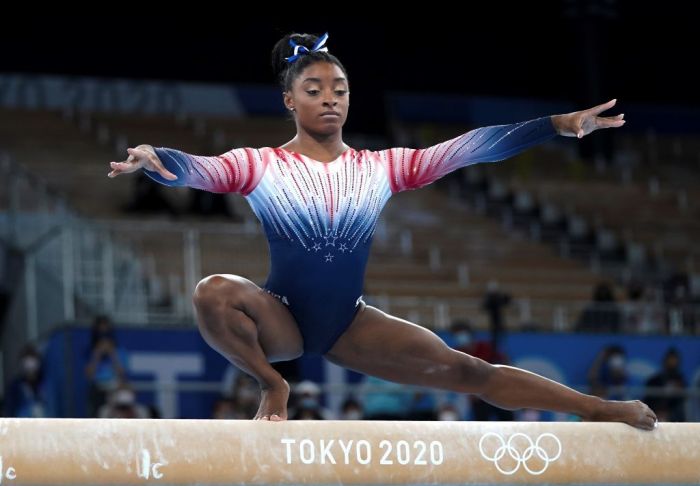 “I was just happy to be able to perform regardless of the outcome,” Biles said. “I did it for me and I was happy to be able to compete one more time… Training for five years and coming here and kind of being triggered and not being able to do anything wasn’t fun.” After Biles had opened up about suffering from stress, anxiety, and mental health issues upon arriving in Tokyo, Biles expressed gratitude for the support she’s felt from her peers and the public: “The outpouring love & support I’ve received has made me realize I’m more than my accomplishments and gymnastics which I never truly believed before.” With the newest addition to her medal collection, Biles ties Shannon Miller as the most decorated Olympian in American gymnastics history. While each gymnast has seven medals to her name, Biles has more golds (4) than Miller (2).