The gymnastics team’s final at the 2020 Tokyo Olympics took a surprising turn today when Simone Biles withdrew from the competition. The 24-year-old pulled out of the competition after an uncharacteristically poor vault, and she failed to stick the landing. Biles then left the floor with a trainer and returned with a wrapped right leg minutes later. According to a statement from USA Gymnastics, Biles withdrew due to a medical issue. Biles later cited her mental health concerns as the reason for her withdrawal, as she attempts to protect “her body and mind.” 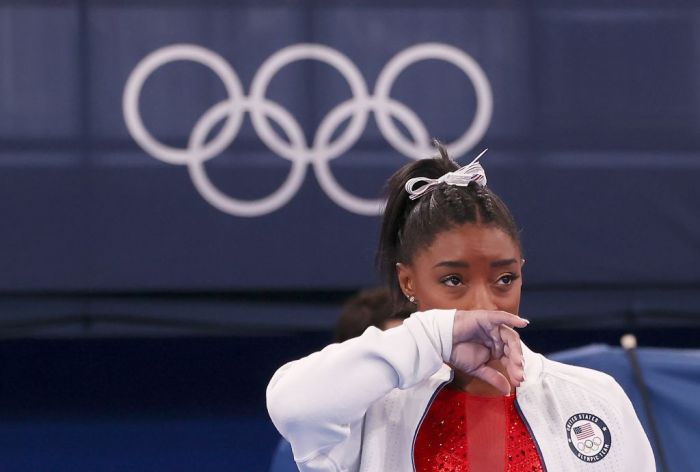 After the final, ultimately won by the Russia Olympic Committee (ROC), Biles broke down in tears as she explained her decision. “After the performance that I did, I didn’t want to go into any of the other events second-guessing myself, so I thought it was better if I took a step back and let these girls go out there and do the job and they did just that,” Biles said. “Whenever you get in a high-stress situation, you kind of freak out,” the Olympic champion said. “I have to focus on my mental health and not jeopardize my health and well-being… It just sucks when you’re fighting with your own head,” she added.

Biles’ emotional interview put the issue of mental health front and center of the Tokyo 2020 Olympics. Earlier today (Tuesday), Naomi Osaka, who has also talked openly about her own mental health struggles, was knocked out of the women’s Olympic tennis tournament. Initially, the other Team USA members wanted her to continue competing, according to Biles. “I was like: ‘I think the girls need to do the rest of the competition without me.’ They were like ‘I promise you’ll be fine, we watched you warm-up’. But I said ‘no, I know I am going to be fine but I can’t risk a medal for the team, and I need to call it.’ You usually don’t hear me say things like that because I usually persevere and push through things, but not to cost the team a medal. So they were like: ‘OK, if Simone says this, we need to take it pretty seriously.’ I had the correct people around me to do that.” 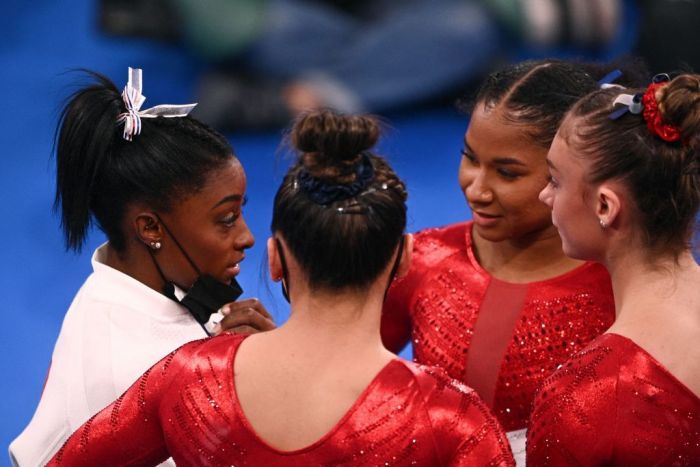 Biles’ departure meant the U.S. women relied on their three remaining gymnasts – Grace McCallum, Jordan Chiles, and Sunisa Lee. The U.S. gymnastics team went on to win the silver in the women’s team event after Biles withdrew from the competition. Biles stated that she hopes she could get back and compete in her upcoming events, but for now it is still uncertain. We want to applaud Biles for her bravery and honesty. Even athletes, who we hold on such a pedestal when at the end of the day, they too are human. They also have their struggles, even when it doesn’t seem like it. We love you, Simone Biles! It is so important to take care of yourself.