Stefanos Tsitsipas And Naomi Osaka Out of U.S. Open

Defending champion Naomi Osaka of Japan and Greek third seed Stefanos Tsitsipas were both ousted from the US Open by 18-year-olds in epic matches today (Friday) at the Arthur Ashe Stadium in New York. Four-time Grand Slam champion, two of which were in New York, Naomi Osaka, ended her journey to defend her title in the third round after she was shocked by Canadian player Leylah Fernandez 5-7, 7-6 (7/2), 6-4. In his own turn, the third seed and this year’s French Open runner up, Stefanos Tsitsipas, was upset by Spain’s Carlos Alcaraz 6-3, 4-6, 7-6 (7-2), 0-6, 7-6 (7-5). 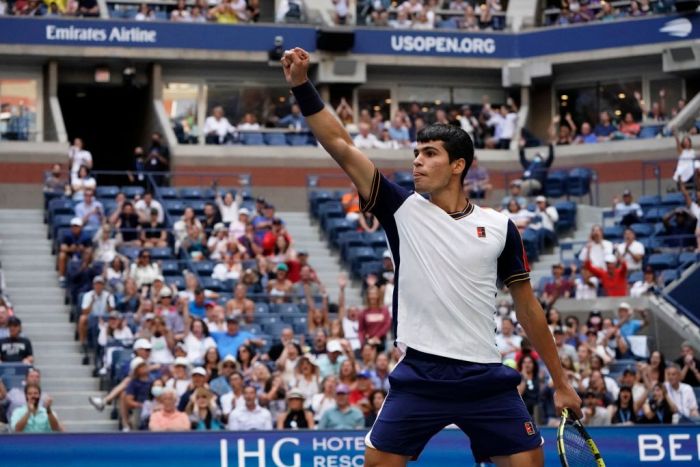 Alcaraz twice led Tsitsipas by a set and showed maturity well beyond his years, as he also recovered from failing to take a game in the fourth. Encouraged by the roaring crowd, the talented Spaniard survived a breakpoint at 3-2 down in the deciding set and showed no sign of tension as he held serve to force the final tie-break. In a dazzling display, Alcaraz landed 61 winners and, after more than four hours of play, clinched his third match point with an assured forehand winner. Alcaraz will face German player Peter Gojowczyk in the fourth round. 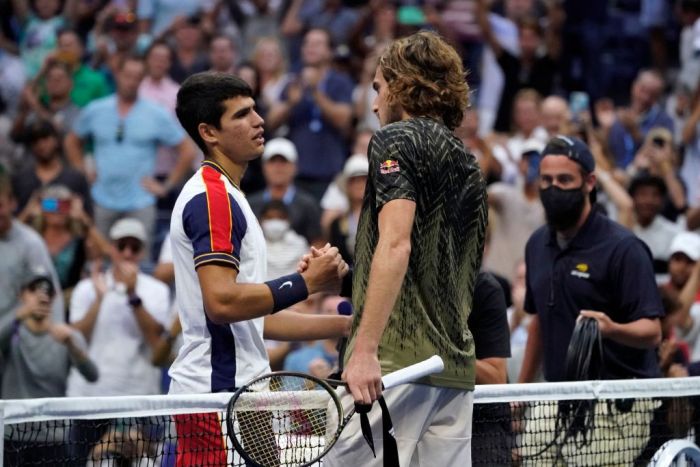 “I think without this crowd I haven’t the possibility to win the match,” said Alcaraz. “I was down at the beginning of the fourth set so thank you to the crowd for pushing me up in the fifth… It’s an incredible feeling for me. This victory means a lot to me. It’s the best match of my career, the best win, to beat Stefanos Tsitsipas is a dream come true for me.” Alcaraz is the youngest man in the US Open fourth round since 17-year-old American Michael Chang in 1989 and at any Slam since Ukraine’s Andrei Medvedev in the 1992 French Open.

In the Women’s Singles, Fernandez, who will turn 19 on Monday, upset the world No. 3 and defending champion Naomi Osaka at Arthur Ashe Stadium to advance to the fourth round of a grand slam for the first time. The two-time US Open champion began the match strongly, not dropping her serve in the first set, and with the score tied at 5-5, Osaka took the next nine points to seal the first set 7-5. In the second set, the two held their serves until the 10th game, when Osaka broke Fernandez but failed to close the set. Fernandez fought back to send the set into a tie break, which she won to force a third. She immediately broke Osaka to take a 2-0 lead, and the pressure began to mount on the Japanese during her opponent’s service games. 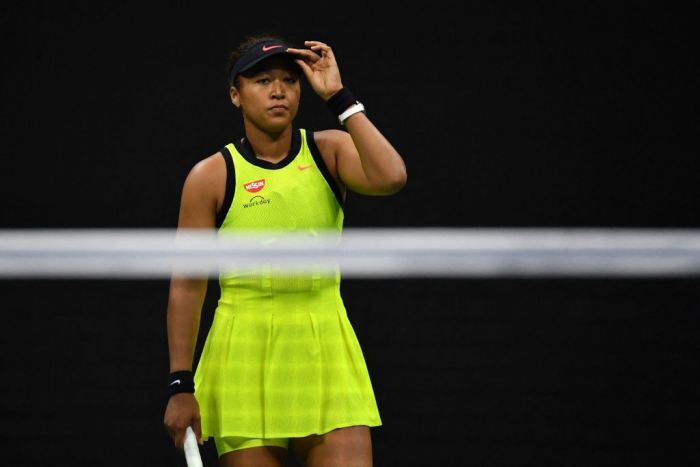 The Canadian then served for the match with a score of 5-4, winning the game at love to pull off the biggest win of her career. Fernandez will meet another former US Open champion, Germany’s Angelique Kerber, in the 4th round. “Honestly the Alcaraz match gave me motivation and gave me the energy to do the same,” Fernandez said. “I saw his match and I saw the way he won and I’m like ‘I’m going to do that next now.'” Fernandez, who won her first WTA title in March at Monterrey, had never beaten so high-ranked a rival as third-rated Osaka and the same was true for Alcaraz when he sent home the men’s world No. 3.