Throughout his career, Steph Curry has managed to break quite a few records and mark multiple milestones. At the beginning of this week, on the night between Saturday and Sunday, in a 127-108 loss to Utah, Curry marked another historic moment when he surpassed Hall of Famer Reggie Miller for second place on the NBA’s all-time 3-pointers made list, with 2,561 exact shots. Miller made 2,560 3-pointers over 1,389 regular-season games during his 18-year NBA career; Curry passed him in his 715th career game, coming early in his 12th NBA season.

Congrats to @StephenCurry30 of the @warriors for moving up to 2nd on the all-time THREES MADE list! pic.twitter.com/OuduIRyoqz

“That’s pretty dope,” Curry said after the game (as mentioned, the Jazz beat the Warriors 127-108). “We got our head beat tonight, but I was trying to still enjoy it. After I made the third one, I knew that was a big one, and then to make that fourth one in the third quarter was pretty special. Something I’ve been looking forward to for a very long time.” With Miller in his rearview, the only player that stands between Curry and the title of 3-point king is another legendary shooter — Ray Allen, who holds the top spot with 2,973 career 3s. With a cushion of over 400 3-pointers made, Allen’s title should remain safe for 2021, but it’s only a matter of time before Curry claims the record for himself. 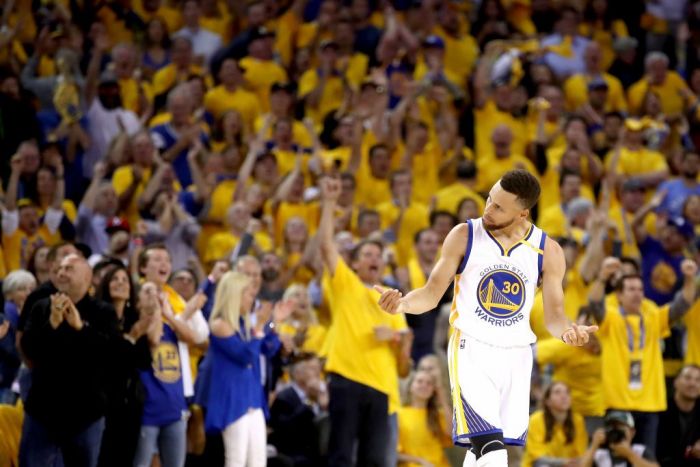 At Curry’s current 3-point pace (4.1 3PM per game), he would need just over 100 games to catch Allen. With only 57 games remaining in this shortened 72-game season, Curry would likely not challenge Allen’s record until the second half of the 2021-22 season. What separates Curry from Miller and Allen is the pace at which he has climbed the all-time leaderboard. While Miller and Allen utilized the 3-point shot as part of their game, Curry was part of a 3-point revolution thanks to his shooting ability and a rising emphasis on the 3-point shot. To put it simply — he changed the game.

Greatness from beyond the arc.

The first one to congratulate Curry was Miller along with his son, saying in an interview: “You’re an inspiration to all the little kids, like mine. You’re his favorite player. I’m proud of your accomplishment because I know how much work you put into it, and how much sacrifice you made for it, whether giving up time with family or spending time in clubs. The Miller family is very proud of you.” Curry replied to Miller: “Following you is an honor. You and Ray Allen were an inspiration to me. I never thought I would break your record, but apparently, all records were meant to be broken.” Curry even made a tribute to Miller, when after scoring the three-pointer that lifted him to second place, he marked with his fingers the number 31 – the jersey with which the great slingshot from Indiana played.