I extremely miss writing our “Weekly Best-Dressed” lists and “Fashionista of the Month” columns. So, today, I want to launch a new recurring sub-column that would be published on Thursday every once in a while – “Style Crush Thursday.” Here, we will take the time to appreciate some of the most stylish and glamorous stars in Hollywood. This Thursday, the star we are going to focus on is none other than Rosamund Pike. Pike is not new to the Hollywood scene and has already managed to conquer quite a few red carpets. However, the recent release of her new film, I care A Lot, on Netflix, provided a great opportunity to take a look back at Pike’s style. 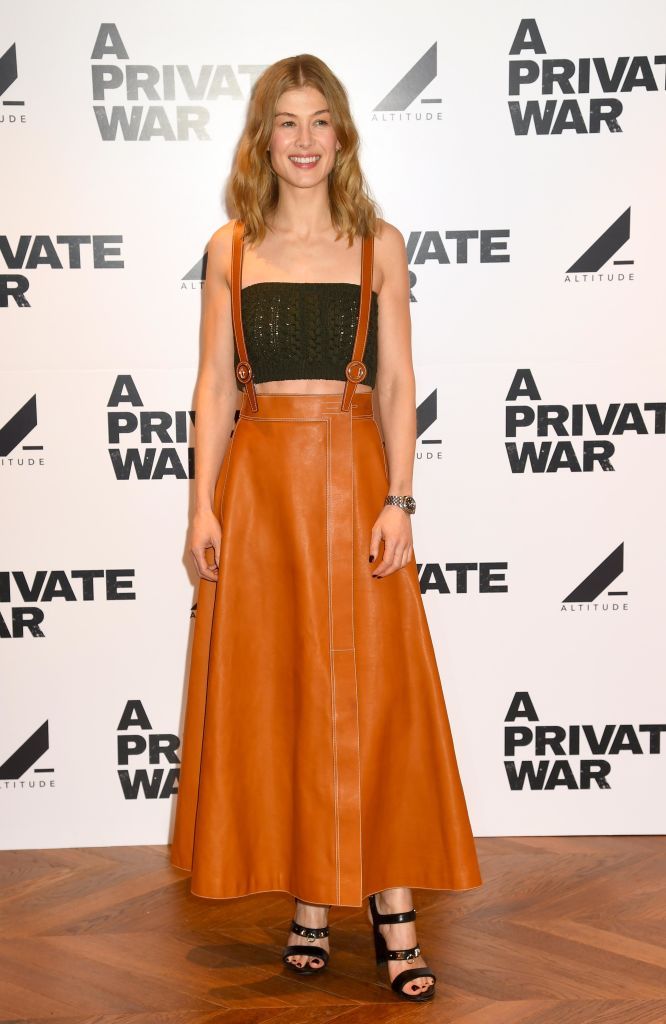 As mentioned, the 42-year-old British actress has been present in Hollywood for a long time. Pike’s significant breakthrough came in 2002 when she played Miranda Frost in Die Another Day from the James Bond series. The peak of her fame came in 2014 when she starred alongside Ben Affleck in the film Gone Girl by David Fincher – for which She even received an Oscar nomination. Pike’s red carpet appearances have always caught our eye, and when thinking of her style, one word comes to mind – perfection. Yes, this is a very rare case of a woman who is almost impossible to find wearing a bad look or suffering from a wardrobe malfunction. The way we see it, Pike manages to maintain a streak of victories on the red carpet mainly because she is loyal – to her style of clothing and also to the fashion brands she wears. 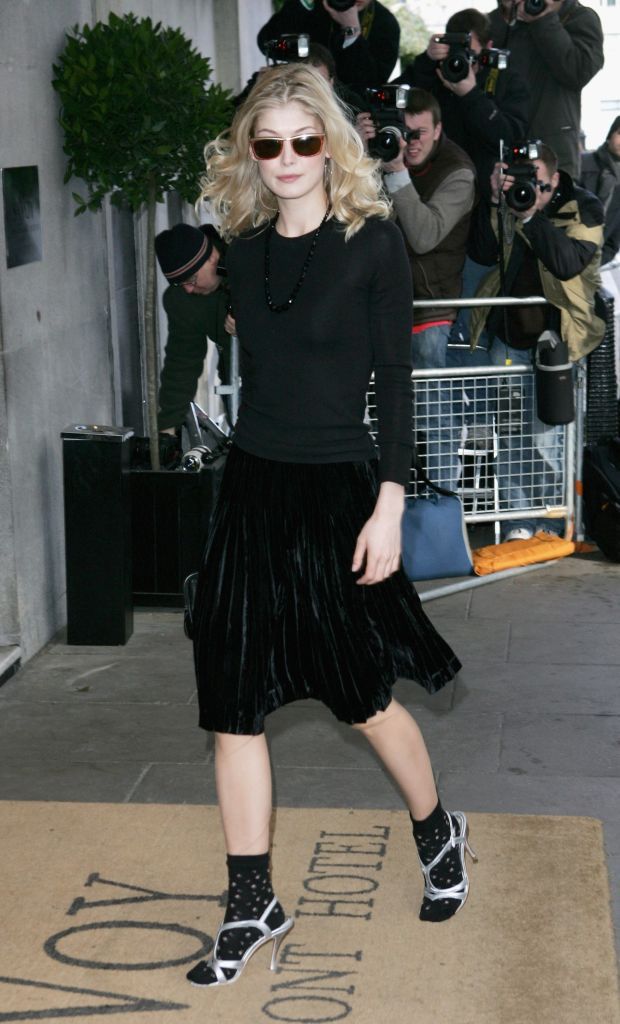 That perfection wasn’t always there, though. After her breakthrough as a Bond girl in 2002, Pike was still looking for her fashionable identity. Even then it was evident that she had a fondness for the color black. But, like any star in that decade, Pike too could be found in some puzzling outfits such as a loaded and zipped satin dress from Prada, which she wore to the 2007 Venice Film Festival or this time she wore socks under metallic sandals In 2006. However, in the last decade, it appears that Pike had found her style. She hardly wears prints and sticks to black, white, and red, colors that she loves very much together and separately. It might sound boring, but, in practice, this is an experienced fashionista who just knows what works for her and always chooses winning looks. 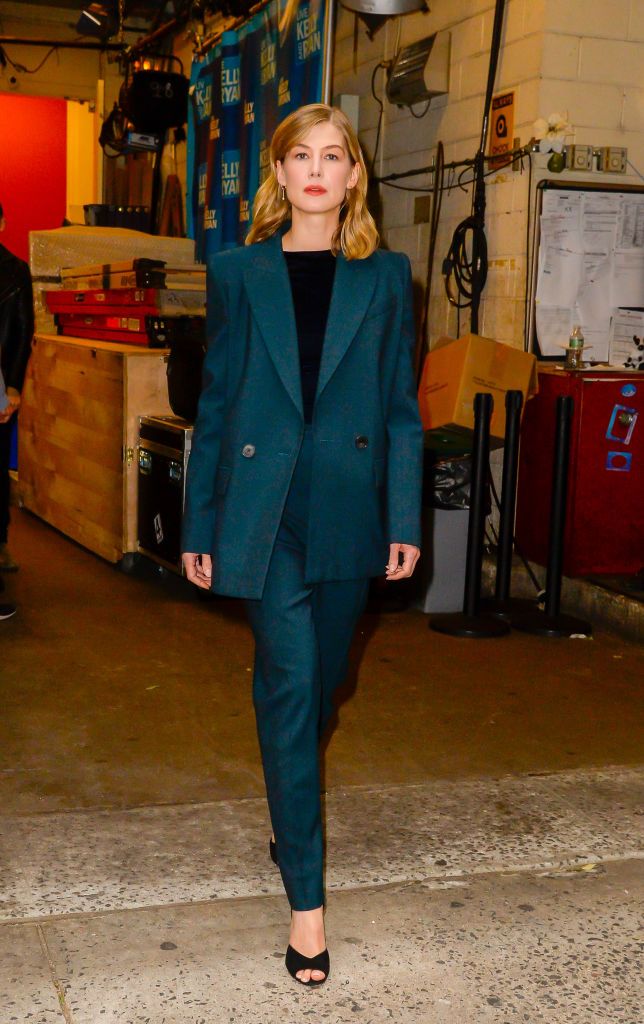 The elegant actress loves modern lines, geometric cuts, and a mix of feminine elements, like lace fabrics, and elements from the world of menswear, like tailored suits or a blazer over a dress. As mentioned, Pike is loyal to fashion brands, and it is easy to recognize that Givenchy is her favorite brand. Pike can also be spotted wearing quite a few clothes from Dior, Louis Vuitton, and British fashion houses like Stella McCartney, Alexander McQueen, or Emilia Wickstead. The man behind Pike’s successful style is Ryan Hastings, a New York stylist who works with other well-dressed stars, such as Ronny Mara, Natalie Portman, and Jennifer Aniston. We can’t wait to see what Pike’s fashion future holds, but we’re sure it would be glamorous.