After not being held last year due to scheduling issues, the tennis team tournament returned for a fourth edition in Boston on September 24. The Laver, Cup, or the ‘Ryder Cup of tennis’ if you will, is a hard court men’s team tennis tournament between Team Europe and Team World and lasts three days. The competition pits six top European players against six of their counterparts from the rest of the world. Each team is led by a team captain, who is a former tennis legend. Björn Borg and John McEnroe returned as captains for team Europe and World, respectively, for a fourth consecutive year. This year, team Europe was composed of Daniil Medvedev, Stefanos Tsitsipas, Alexander Zverev, Andrey Rublev, Matteo Berrettini, and Casper Ruud. Playing against them were Félix Auger-Aliassime, Denis Shapovalov, Diego Schwartzman, Reilly Opelka, John Isner, and Nick Kyrgios for team World. 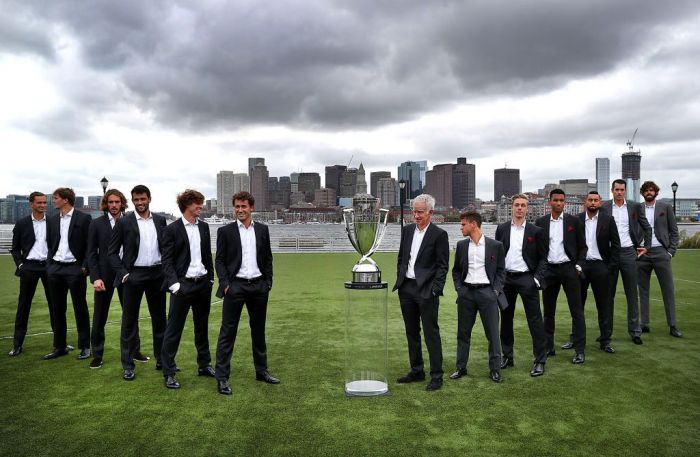 Andrey Rublev and Alexander Zverev clinched the Laver Cup for Team Europe with a 6-2 6-7(4) 10-3 win over Team World’s Reilly Opelka and Denis Shapovalov on Sunday in Boston. This win means Team Europe has now won all of the four editions of the laver Cup. “At the end of the day, the score says that it was 14-1, but it could have gone both ways a lot of the time,” Zverev said in an on-court interview. “We (did) a lot of hard work for this victory throughout the whole week… The group of this team has been amazing. I think a lot of us came a lot closer together and to be honest, I can’t wait for London next year.”

Each win of a match at the Laver Cup is awarded one point on Friday, two points on Saturday, and three points on Sunday, with the first team to reach 13 points declared winners of the event. Unlike previous years, this was a very comfortable win for team Europe with the points being 14-1 in their favor. Team Europe entered the final day of the event needing one victory from any of the four scheduled matches to secure the win and wasted no time, securing it in the first match of the third day.

Team World needed to win all four matches on the final day to claim the trophy, but Opelka and Shapovalov were unable to finish the job after winning the second set. Australian Nick Kyrgios, who lost his singles and doubles matches for Team World, said he had played his last Laver Cup. “I’m sure I won’t be here again, so I took everything in this week,” Kyrgios said. “I will be watching from my couch next Laver Cup, cheering for Team World.” So, what did you think of this year’s edition of the Laver Cup? Do you think there should be some changes? Or is it great just as it is?