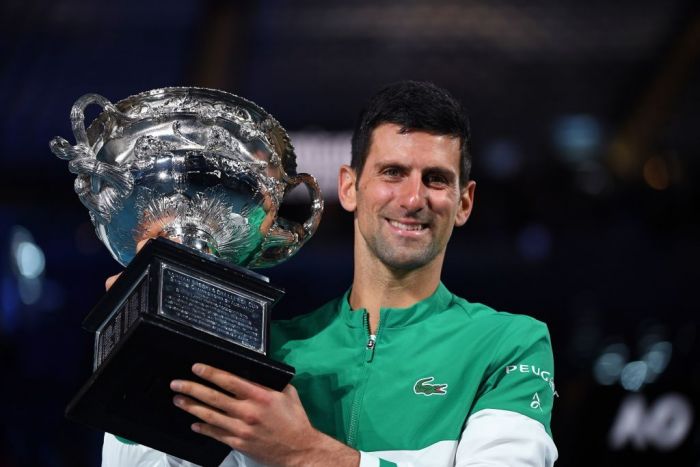 Novak Djokovic managed to defend his title, winning the title for a record-extending ninth time and claims an 18th Grand Slam title. The world no.1 played against Daniil Medvedev, world no.4, winning in just three sets with a score of 7-5 6-2 6-2, in only an hour and 54 minutes. Medvedev, the Russian fourth seed, entered the match on a 20-match win streak but found himself unable to produce the devastating tennis he’d found in recent months. Djokovic, who threatened to withdraw from the tournament due to an abdominal injury sustained in the third round -deserves great credit for his game. This puts Djokovic only two Grand Slams titles away from matching Federer’s and Nadal’s record of 20 Grand Slam titles. 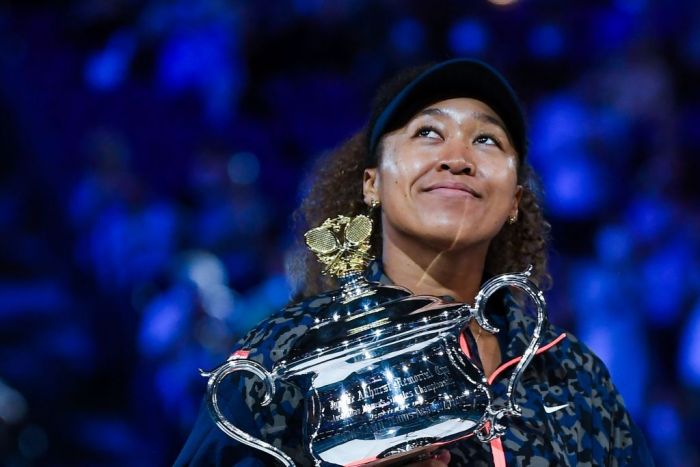 In the Women Single’s category, the third seed, Japanese Naomi Osaka, powered her way to a second Australian Open title with a comprehensive straight-sets victory over grand slam final debutante Jennifer Brady. The match had all the makings of an epic final during a tight first set, but Osaka’s class and experience ultimately proved too much as she raced to a 6-4 6-3 victory in just under an hour and a half. The victory gives Osaka her fourth grand slam title at the age of only 23, and she looks set to be a dominant force in women’s tennis for some time to come. Osaka has now won 21 straight matches. 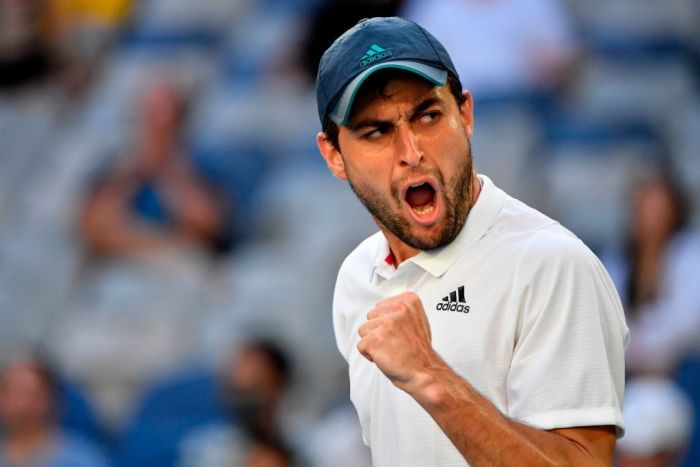 Aslan Karatsev’s run to the last four in Melbourne is one of the most remarkable stories in the men’s game in recent years. Few people outside of the tennis world had heard of the 27-year-old, who has largely plied his trade on the second-tier ATP Challenger Tour before he became the first man in the Open era to reach the semi-finals on his Grand Slam debut. Karatsev beat eighth seed Diego Schwartzman, No. 18 seed Felix Auger-Aliassime and No. 20 seed Grigor Dimitrov in his route to the Australian Open semi-finals. As well as more than doubling his career earnings with the £475,000 prize money, Karatsev, who started the tournament at No. 114, will climb into the world’s top 50 when the rankings are released on Monday. Kratsev spoke on the whole experience, saying: “It was a great two weeks for me and to play against Novak, it helps me to get this experience, to feel the game, the way how he’s playing. I’ll get this confidence and just keep playing, keep practicing.” 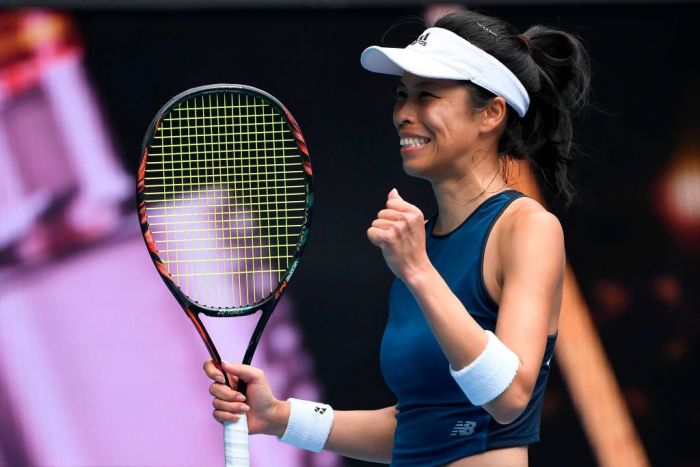 Hsieh Su-Wei, 35, became the oldest player to reach a maiden Grand Slam quarterfinals, and on the way became a fan favorite due to her unconventional approach to the modern game. The Taiwanese player was beaten in straight sets by the eventual champion, Naomi Osaka. Hsieh is also the first female player from Taiwan to reach a women’s singles quarter-final at a grand slam event. Over the tournament, Hsieh won games against Tsvetana Pironkova, Bianca Andreescu, Sara Errani, and Marketa Vondrousova. This run at the tournament is a remarkable achievement for Hsieh, who already sits at World No.1 on the doubles circuit. 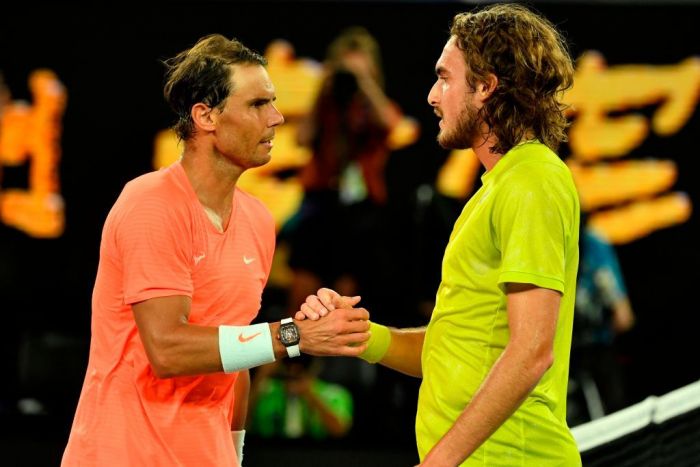 This quarterfinal will probably go down in Australian Open history books. Despite having a two-set lead, Nadal was upset by No. 5 Stefanos Tsitsipas in a five-set affair that ended 3-6, 2-6, 7-6, 6-4, 7-5. It is just the second time in 225 major matches that Nadal lost when holding a two-set lead. “I have no words to describe what has just happened on the court, my tennis speaks for itself,” Tsitsipas said after the match. “It’s an unbelievable feeling to fight at such a high level and leave it out on the court. I started very nervously. I don’t know what happened after the third set. I flew like a bird and everything worked for me.” Before that match, Nadal hadn’t lost a set throughout his road to the quarterfinals in Melbourne. 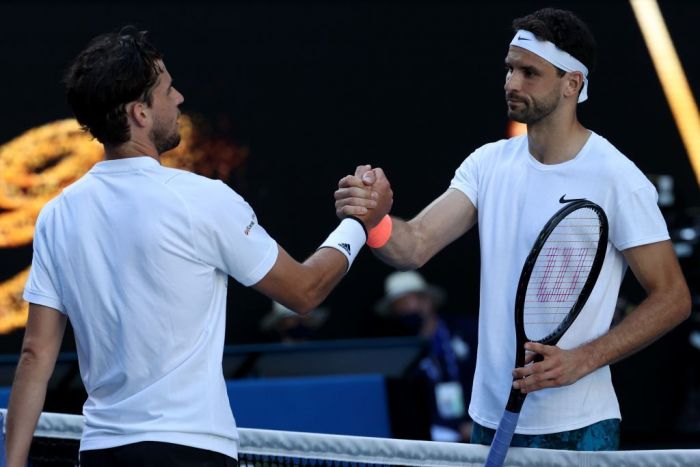 Another upset in the Men’s category came in the fourth round when Grigor Dimitrov won the match against last year’s finalist, Dominic Thiem. Dimitrov, the No. 18 seed, played with great athleticism to beat third seed Thiem, who was noticeably low on energy, 6-4, 6-4, 6-0 in just over two hours on Rod Laver Arena. The 29-year-old Dimitrov hit 25 winners, including 10 aces, while Thiem committed 41 unforced errors and won just nine of 28 points on his second serve. “I think a combination of [a few] things, some little physical issues, plus a really bad day, plus the fact that he’s a great player,” said Thiem. “If he’s on, he’s super tough to play, especially in faster conditions than now, and I really wish that he can make a great breakthrough at a Grand Slam. He would definitely deserve it.” 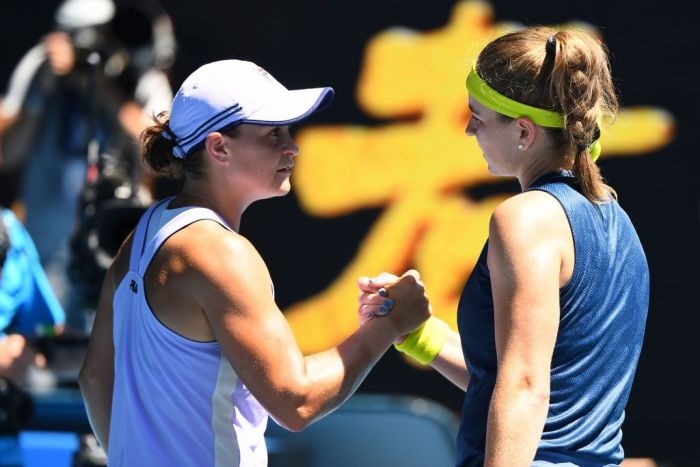 In the Women’s Single’s category, the No. 1 Seed, Ash Barty, was upset by Karolina Muchova. After a 6-1 win in the opening set, top-seeded Ash Barty was eliminated from the Australian Open as No. 25 seed Karolina Muchova came back stunningly. Muchova won the next two sets, 6-3, 6-2, to upend Barty and earn her first Grand Slam semifinal appearance. Barty was nearing the opportunity to become the first Australian woman to win at the Australian Open since Chris O’Neil’s 1978 title. Did you follow this year’s Australian Open? What did you think of it?