There was a lot of speculation about how will the 2021 U.S. Open turn out. With three of tennis’ biggest champions – Roger Federer, Rafael Nadal, and Serena Williams – missing from the tournament, many wondered how this tournament would play out. And, sure enough, fans were not disappointed, as this year’s U.S. Open proved to be a historical event that will go down in tennis history. So, without further ado, here are all the details that made this installment of the tournament one for the books. 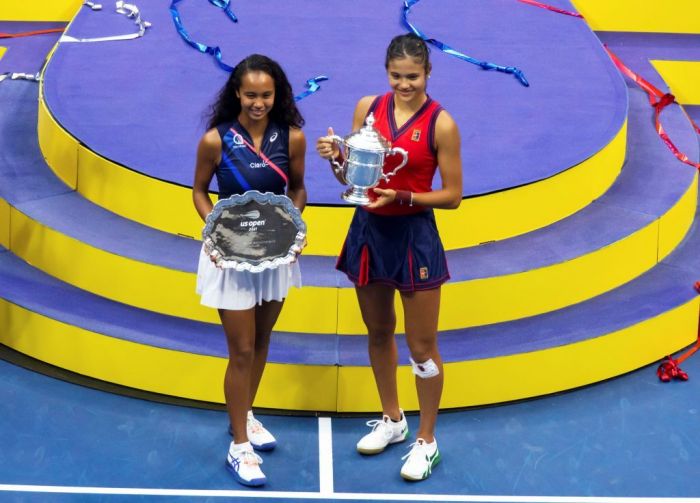 British teenager, Emma Raducanu, made history in many ways by winning her first grand slam title on Saturday. Raducanu became the first British woman in 44 years to win a Grand Slam singles title. Her appearance in the final against 19-year-old Canadian, Leylah Fernandez, makes it the first major final between teenagers since the 1999 US Open when Serena Williams defeated Martina Hingis. After an hour and 51 minutes, the 18-year-old from Bromley overpowered Fernandez, winning 6-4 6-3 in the final. With her straight-set victory, Raducanu did not drop a set in the entire tournament. 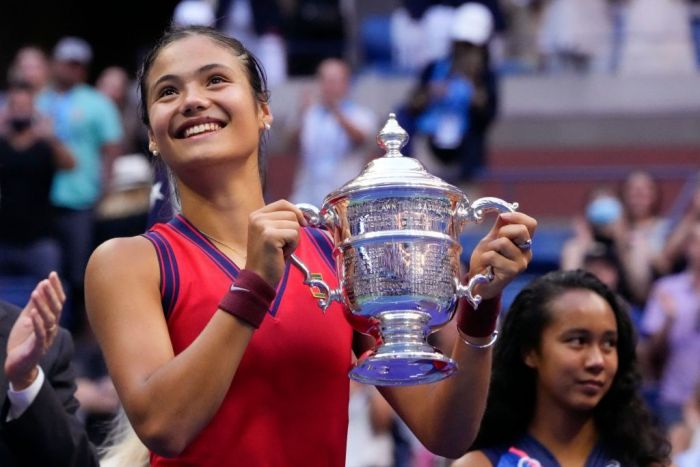 “It was an incredibly difficult match, but I thought the level was extremely high,” Raducanu said afterward, congratulating Fernandez on the way she has played throughout the tournament. “And I hope we play each other in many more tournaments and, hopefully, finals.” The fact that the 18-year-old reached the final in the first place is astonishing. The fact she won it – historic. Raducanu, born to a Chinese mother and a Romanian father, was ranked 150th in the world and had to go through three rounds of qualifying to even make the main draw for what is only her second grand slam appearance. The 18-year-old had become the first qualifier in either men’s or women’s tennis to reach a grand slam final – and now, she has become the first qualifier to win one. It is an extraordinary, unprecedented achievement for Raducanu, and we can’t wait to see what’s next for this champion.

Serbian player and the No.1 seed, Novak Djokovic, came to the tournament in the hopes of making history. At the moment, Djokovic is tied with Roger Federer and Rafael Nadal at 20 Grand Slam titles each. A win in this year’s tournament would have granted Djokovic not only his 21st major title but also the calendar slam (after winning this year’s Australian Open, Roland Garros, and Wimbledon), a feat last achieved in 1969 by Rod Laver. Unfortunately, it seems the pressure got to the Serbian, as he was defeated 6-4 6-4 6-4 by Russian player Daniil Medvedev in the final on Sunday. And, with that, different history has been made. 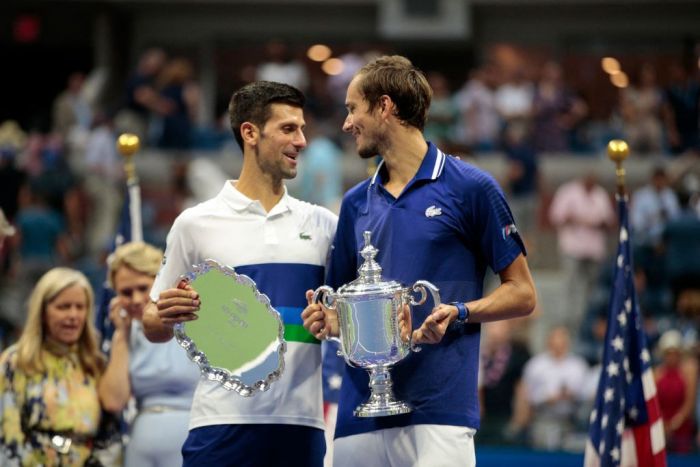 For 25-year-old Medvedev, who is ranked at No.2 in the world, it was a third grand slam final. With this victory, Medvedev became the third Russian man to win a major singles title and the ninth different US Open men’s singles champion of the last 14 years. After his victory, Medvedev thanked friends, family, and fans for giving him energy throughout the week. He ended his speech by wishing his wife a happy anniversary. “During the tournament, I couldn’t think of a present or anything, but if I lose I have to think of a present,” Medvedev said. 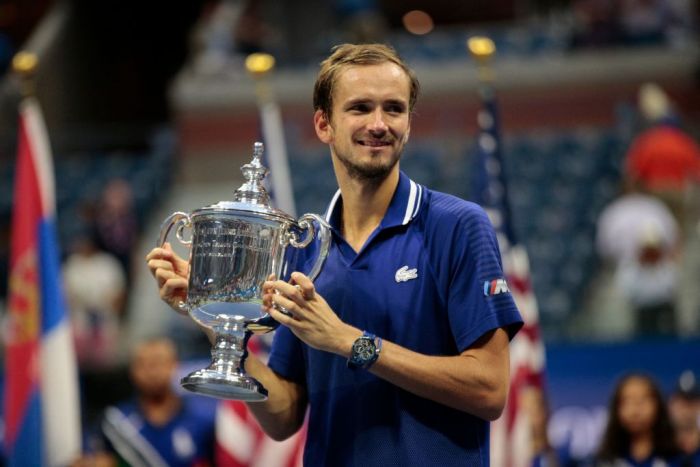 World No. 2 also praised Djokovic, who was in tears after the match, for his accomplishments. “For me, you are the greatest tennis player in history,” Medvedev said. In return, Djokovic said that his opponent deserved to win the title: “I wish you many more grand slams, many more majors, I’m sure you’ll be on this stage in the future again,” he said. Kudos to Medvedev, who dropped only one set on his way to the final and for winning his first Grand Slam title, even with the crowd against him and so much on the line. So what did you think of this year’s U.S. Open?