The First Time I Was Ghosted

I didn’t date much growing up. I went to an all-girls high school and was quite shy. I kept to myself and didn’t really go out much and socialize with other kids in the neighborhood that I didn’t know. My first attempt at dating was pretty much through dating apps. It was the perfect solution for me. There’s just something safe about the anonymity that comes with typing and hiding behind the screen of an app. It gave me confidence that I never had in the real world.

Chatting to guys was fun, and flirting with them was even better. This was the first time I felt I really had any attention from the opposite sex. But with all the safety of being somewhat anonymous, apparently, they felt the same on the other end. But for different reasons. Not too long after entering this new world, did I start being ghosted? Apparently, because we didn’t really know each other, it was acceptable to ghost people without any repercussions. For those of you that don’t know what ghosting is, or have been lucky enough to not have experienced it, to ‘ghost someone’ is to suddenly cut off all communication without any warning or reasoning behind it. It’s not a nice feeling when you realize you’ve been ghosted. It instills many thoughts of self-doubts, because why else would someone suddenly ghost you rather than simply saying ‘I don’t think this is gonna work out.’ 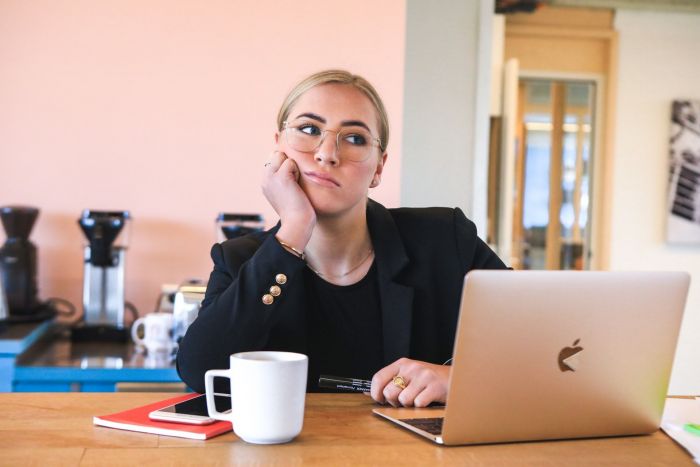 It’s one thing if a conversation naturally dies out, it’s often beneficial and one of the reasons why online dating is so great is because it saves a lot of awkward time. But when the conversation is flowing and things seem to be positive, and then out of nowhere, bam, ghosted. Surely no guy is that popular that he has hoards of messages in his inbox and finds it beneath him to politely decline a girl. Sure, the conversation might be uncomfortable, but at least there’s some closure. That’s why no matter how uncomfortable it might be, I always make myself tell a guy when it’s not working, rather than chickening out and not dealing with it.