Tennis star Serena William’s has had a career built on milestone after milestone. She has captivated our attention and admiration as an all-star athlete. Her drive to achieve excellence has put her at the top of the game and now Williams defines the sport. Serena Williams was born in 1981 in Michigan. She learned how to play tennis from her father playing in Los Angeles, and in 1995, at 14 years old, she turned professional. Serena Williams had already captured the world’s interest and she did not disappoint. During the 1999 U.S. Open, Serena won the tournament. For the next few years, Serena played fairly well but with no real major wins. It was in 2002 when she won the French Open, the U.S. open, and Wimbledon, she defeated her older sister Venus in the finals of each tournament. 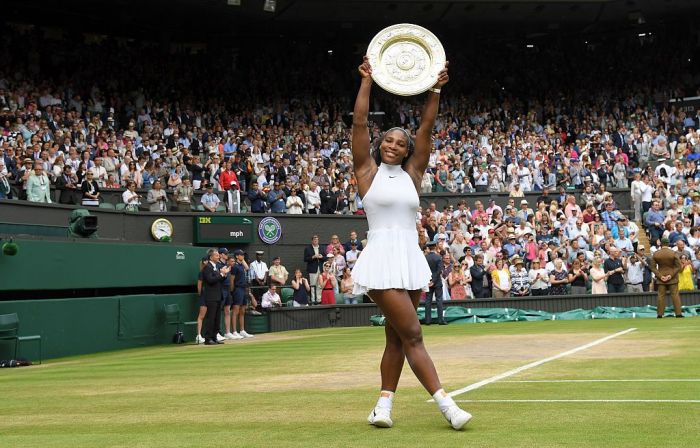 In 2008, Serena won the U.S. Open for a third time. In 2009 she captured her 10th Grand Slam singles title by winning the Australian Open. Later that year she won her third Wimbledon singles title, once again defeating her sister. Clearly, nothing could stop Serena Williams from achieving every success she set her sights to. But in 2010, she needed to take time off to face various health issues. In short, Serena Williams won more Grand Slam single titles than any other woman or man in the current era of professional tennis.

Over the course of her career, Serena has continued to dominate the court. She also grew in her personal life off the court. Serena missed the 2017 season for a happy reason: she was pregnant! She gave birth to a daughter and two months later she married her fiance, Alexis Ohanian, cofounder of Reddit. Williams returned to tennis in March 2018, and though she failed to win a tournament that year, she did reach the finals at both Wimbledon and the U.S. Open.