The Most Popular Sports in the U.S.

Sports are one of the few things in life that can simultaneously bring people closer together and polarize them completely. It would be an understatement to say fans get pumped for their team and are extremely passionate about the game. From spending money on merchandise repping their favorite team or player to gathering with friends and family to scream at the television, sports are the USA’s favorite pastime. But which one is the most popular sport in the USA? Well, there are a number of them. Let’s check them out!

American Football is definitely one of the most popular sports in the country!  And according to Sports Show, it is the ninth most popular sport around the world. Football originated from soccer and rugby. On November 7, 1869, the first ever American football match was played. College teams Rutgers and Princeton faced off using rules based on soccer. Walter Camp, also known as the “Father of American Football,” drew up some new rules and established important concepts of the game. As of 2012, nearly 1.1 million high school athletes and 70,000 college athletes play the sport in the United States annually. The National Football League has the highest average attendance of any professional sports league in the world. And the Super Bowl is the most-watch sporting event in the world!

Nothing screams American more than baseball. Apparently, the sport today evolved from games being played in England by the mid-18th century. Like most other things in America, baseball was brought over by immigrants and it just took off from there. And by the late 19th century, baseball was widely recognized as the national sport of the United States. But baseball isn’t just popular in America; it’s played in Central and South America, the Caribbean, Japan, South Korea and Taiwan! The first ever recorded baseball game played was not actually in the USA but in Ontario, Canada, on June 4, 1838. The game is still the epitome of American culture. The 2019 MLB reported growing participation in baseball with a combined attendance of nearly 110 million fans across Major and Minor League Baseball. 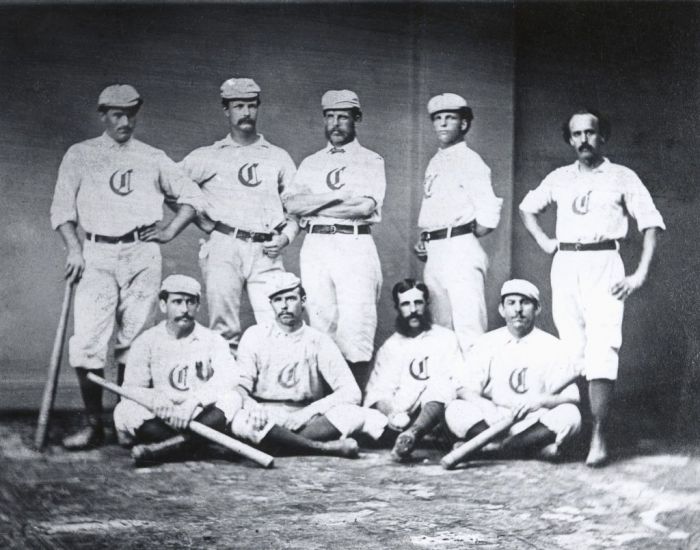 And last but definitely not least, basketball! The National Basketball Association (NBA) has produced some of the biggest athletic names in the industry (Michael Jordan and LeBron James, anyone). The game was invented by Canadian-American gym teacher James Naismith in Springfield, Massachusetts, 1891. The following year women’s basketball was formed at Smith College. Senda Berenson was hired as the “physical culture” director at the college and taught basketball to her students in the hopes that it would improve their health. Basketball became the first women’s team sport. It has since evolved to become one of the world’s most popular and most viewed sports.