The Women Who Won Gold For Team USA

The 2022 Winter Olympics were held between 4th and 20th February in Beijing, China. There was a record of 109 events from 15 disciplines, with some sports making their Olympics debut such as the women’s mono bob. The Games saw a total of 2871 athletes competing, and representing 91 different teams. Over 300 medals were awarded, and Team US came in 4th place, winning a total of 25 medals, including 8 golds, 3 of which were won by solo women.

The first was won on February 10th by Chloe Kim in the women’s snowboarding halfpipe. The now 21-year-old snowboarder won her first Olympic gold medal at age 17 in the 2018 Winter Olympics, which made her the youngest woman to win an Olympic snowboarding gold. She also became the first person under the age of 16 to win 2 gold medals at an X Games, where she scored a perfect 100 points in the 2016 Games. Just three days later, the second women’s gold medal came from Erin Jackson in the women’s 500m speed skating, on February 13th. This award marked her as the first Black woman to win a Winter Olympic gold medal in an individual sport. But this only succeeded her win in the Speedskating World Cup races in November 2021, where there too, she became the first Black American woman to win in the World Cup. 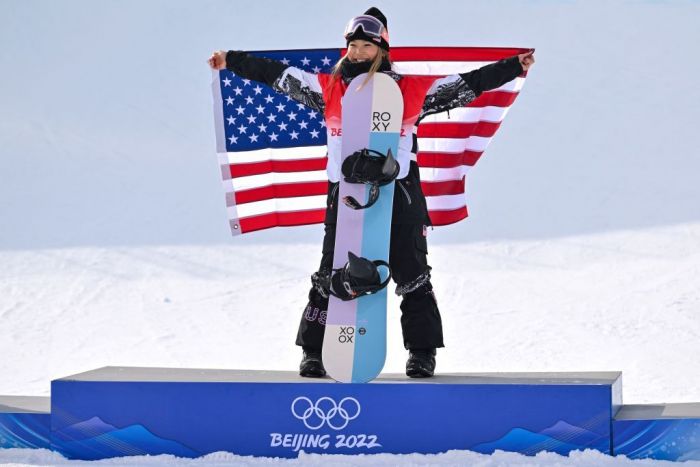 The next day, on February 14th, Kallie Humphries gave us another gold in the women’s mono bob bobsled, a sport that made its debut in these Winter Olympics. Humphries was the first woman to drive an all-female team against men in a four-person bobsled race in a World Cup. She was also one of the first women to pilot a mixed-gender four-person bobsled team. Having won 3 IBSF World Championship medals in 2020 and 2021, she is the most decorated woman in bobsled history.