If you thought that what makes an item trendy is a comfortable and flattering cut for everyone, you probably haven’t seen the new emerging trend among social media’s it girls. These days, they prefer displaying courage and perfectly shaped abs through the boldest ventilation opening seen in recent years. Maybe it’s the lack of red carpet events or just the spirit of the time, but it seems that during this season, more than ever before, specific items stand out in the feed. Most recently, it was the greenish hit from House of Sunny, and now, there is a new player in the scene that can no longer be ignored. 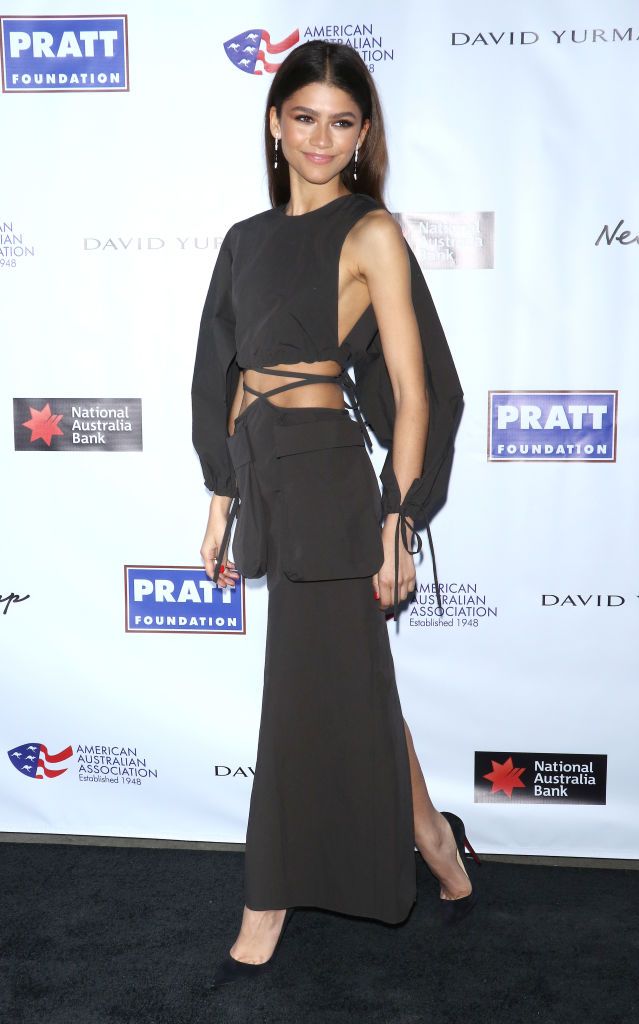 Sometimes, it is to diagnose the factors that make an it-item, but at this time, a pattern and a specific element seem to emerge – generous cuts. This is exactly the area of ​​expertise of Australian designer Christopher Asber, whose label has been known and appreciated for a decade in the far continent, but has only recently gained momentum in the industry. The first to wear the dress in question was Victoria’s Secret’s angel Candice Swanepoel, who wore it back in November. About two months later, Doa Lipa was also photographed in a black version of the most daring belly cleavage around. But, The one who launched the label’s presence is Zendaya, who did it in another signature dress from the designer and crowned it the top of L.A. fashion – a trend that reached its peak this week with the help os two boiling stars.

First up was Hailey Baldwin-Bieber, who wore it to dinner with Kendall Jenner. A few days later, Sofia Richie provided the official stamp of virality in a maxi length and an embracing silhouette. As mentioned, the missing pieces are the most identified design element of Christopher Asber, whose geometrical designs are worn by celebrities from Emily Ratajkowski to Elsa Hosk. The dress can be purchased for $990, which didn’t prevent it from selling out everywhere. So, will you wait for it to restock? Will you by it? What do you think of this trend?